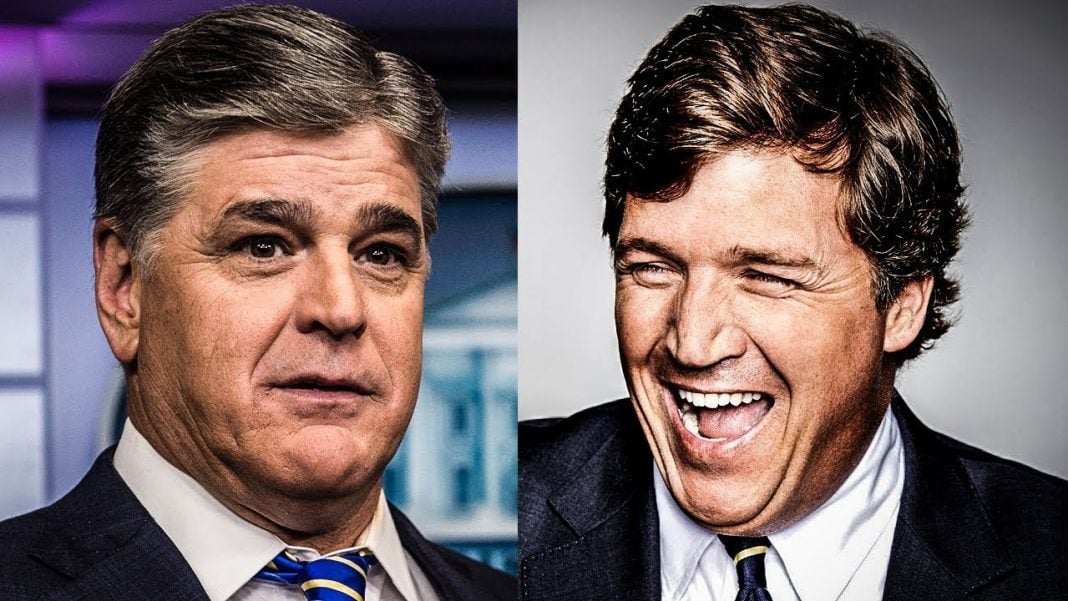 Regulators at Ofcom in the United Kingdom have decided that Fox News broadcasts by Sean Hannity and Tucker Carlson have violated their country’s impartiality rules. While Fox News was taken off the air in the UK in August of this year, this decision to publicly acknowledge how horrible the network is should be a wake up call for American citizens, as Ring of Fire’s Farron Cousins explains.

There are some issues that other countries just understand better than the United States, and we need to be better, as a country, in order to catch up to them.

Case in point, this past week … excuse me. Ofcom, in the United Kingdom, as ruled that Tucker Carlson and Sean Hannity of Fox News, have violated impartiality rules in the United Kingdom. Now, Ofcom is a media watchdog organization that is part of the government over there in the UK, and they said that these two idiots from the United States, on Fox News, violated impartiality rules, and they wanna do something about it.

Well, unfortunately, they can’t do anything about it, because back in August, Fox News was actually pulled off the air in the United Kingdom, long before this Ofcom ruling. But, the segments in question that Ofcom was looking at here, actually took place long before the network was taken off the air in the United Kingdom. But here’s the bottom line, it’s not just that they violated impartiality rules, it’s that, in the UK, they have regulators that look at this kind of thing and say, “You know what? Your broadcast is, basically, garbage. You’re lying through your teeth, you’re promoting an agenda based on lies. And we will not tolerate that here in this country.”

So, the question I have is, why can’t we have that in the United States. And I know people are gonna immediately say, “Well, because the first amendment provides for it,” no, no, no, no, no. No, no, no. This is not a first amendment issue. We used to have rules like this in the United States, up until the 1980s. We had the Fairness Doctrine that said that, “If a broadcaster, a network, a station, any part of the airwaves, ran something talking about a segment in one way, they had to provide equal time to the opposite side. Present every argument fair.” Fairness Doctrine, that’s where it came from. It ruled that the airwaves were a public good. And you had to use them towards the public good, which basically means public education. You present both sides of an argument, and let people make up their minds for themselves. There was real journalism in this country, but now, now we have buffoons like Sean Hannity and Tucker Carlson on the air, spouting their opinions, spouting their lies, millions of people watch ’em every single week, and they believe the garbage that they’re spewing.

We need an Ofcom-type organization here in the United States working with the Federal Government to get people like this off the air. This is not a violation of first amendment rights, this is a matter of public education, and public health. Lying to people, making them fearful for their lives. Fearful of immigrants, fearful of Muslims, fearful of whatever, based on lies, is a public health issue. And that’s how we need to treat it at this point. And if it is a public health issue, then Sean Hannity and Tucker Carlson should both be considered cancers on the American people.