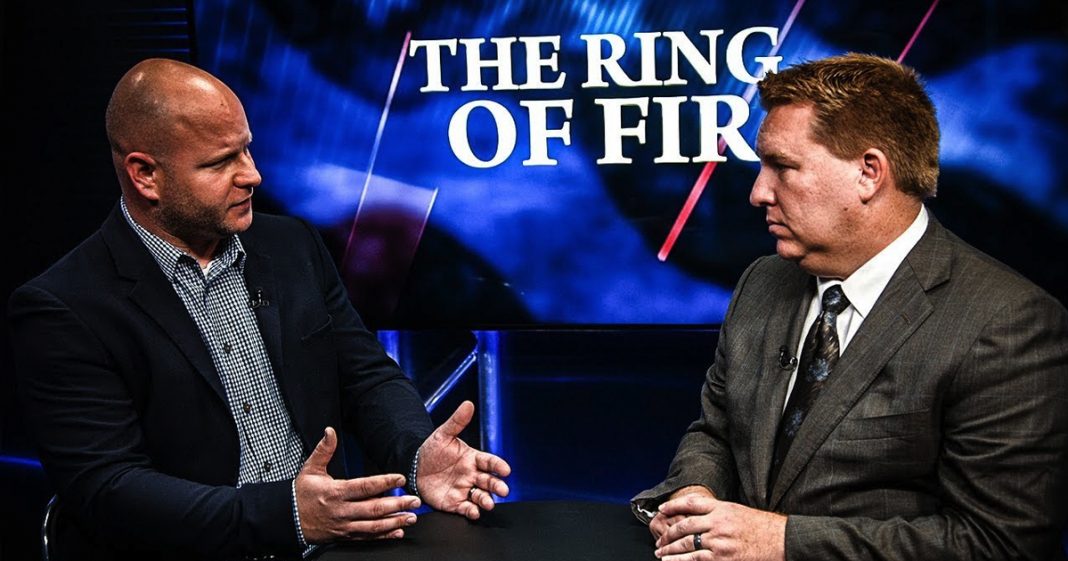 Farron Cousins and Daniel Nigh discuss the lawsuits involving Attune Knee because the surgical glue is not properly holding the device to the patient’s tibia bone.

Farron Cousins: The decision to have surgery is not one that many people in this country, or really anywhere in the world, take very lightly. But in some instances, say for example, if you need a hip or a knee replacement, that decision comes pretty easily when compared to the option of living with a lifetime of pain. But some of these devices that do get implanted in people, hip replacements, knee replacements, and everything in between, can become defective as the patient proceeds with basically normal movement, normal lifestyle changes.

Right now, I have attorney, Daniel Nigh, here with me. Daniel has handled some litigation against some of the biggest medical device implant manufacturers in this country.

Daniel, one of the newest, I guess, product defects that we’re seeing today is with this product called ATTUNE knee. What exactly is this implant? What does it do? What is it for? What kind of people might have this implanted?

Daniel Nigh: Sure. The DePuy ATTUNE knee, it’s commonly used during a total knee replacement. There are upwards to hundreds of thousands of these knee implants that have been used between 2011 and today.

Farron Cousins: OK, so this is when, like you said, total knee replacement, everything they come in. It’s all a metal joint, essentially.

Farron Cousins: Anytime you’re putting any kind of metal in your body as we’ve seen from other lawsuits, hips, knees, and like I said, everything in between, it’s going to come with a little bit of risk. But the risk with the ATTUNE knee is actually slightly different from some of the cases we’ve seen in the past. What’s happening with this particular implant?

What’s happening here is the cement is not bonding to the tibial base plate. Without cement bonding to the tibia, you’ve basically got this loose part just flapping all around inside of there. You won’t notice it for maybe the first year or so. But in time, as you move on that knee more and more, there’s going to be problems with it.

Farron Cousins: Right, and I said in the intro here, these devices, just through the normal wear and tear of life, walking around, doing normal things, sitting down, standing up, they’re supposed to last, in many cases, decades, 15, 20 years, before it needs to be replaced. But a lot of these, and especially with the ATTUNE knee, I believe that one is about a 15-ish year implant. We’re talking about a year-and-a-half to two years after implantation, it has come unglued from the bone.

Farron Cousins: That leads to these horrible surgeries to correct the problem, which often time are more intense than the initial replacement surgery.

Daniel Nigh: Yeah, that’s right, everything you said. You would expect your knee implant to last you 15, 20 years. Some people with really conservative estimates, 10 to 12. But a lot of these clients that I represent aren’t getting anywhere near this amount of time. We’re commonly seeing that on the early side, they’ll fail in one-and-a-half to two years. Sometimes it takes to five years to fail, but that’s still nowhere near as long as that person should’ve had.

Then the other problem is now they’ve accelerated their time of needing revision surgeries in the future, too.

Farron Cousins: What’s really awful about this is when these people have to go in, just even for the first surgery, to get the replacement, you’re essentially putting your body, your life, out of commission for months. It’s a very long recovery.

Then when you finally get back active, you can have a normal life again, then you find out a year later it’s gone bad. You have to get it fixed. Then you’re once again looking at months and months of recovery, surgery costs and expenses. These people are sacrificing a lot of their lives. They may not … if they just took a couple months off to have the surgery done in the first place two years ago, their employer may not be willing to say, “I can’t give you another three months on this. I’m sorry. We’re going to have to let you go.”

There are all kinds of costs and trials that these people have to go through just because this company, perhaps, I guess, didn’t do their due diligence in creating this product or letting people know about the problems. It creates a world of pain, emotional, physical, financial, for anyone who has to go through this.

Daniel Nigh: That’s right. Those are all the problems we’re seeing. We see it day to day with clients that tell us about the real-life struggles that they’re having that you just explained. When we get into the documents from the company, we oftentimes find out that they knew about these issues and that they were trying to cover it up. We’re early on in this project, but we’ve seen this time and time again with these big manufacturers of medical device companies. We usually see they knew and they failed to warn anybody, because they wanted to protect their profits.

Daniel Nigh: Well, with medical devices, there are two ways you can get approval. There’s about 5% of the devices out there that get approval through what a lot of people would think of the approval process from the FDA. We call it pre-market approval. That’s where you bring your clinical trials to the FDA. You show that you’ve done many different clinical trials to test this product, both short-term benefits and long-term results. Then the FDA takes a long look at it and gives it a pre-market approval. But then, only 5% are getting through that way.

But then we have what we call the 510(k) process, which is where 95% of the products get on the market and is the way that the DePuy ATTUNE knee was approved, where you show enough to say that this product is substantially similar to another product on the market. And you get your rubber stamp.

Farron Cousins: So basically, “Here’s our new knee, but it looks a lot like theirs, acts a lot like theirs, similar components. Can you go ahead and approve this? I’ve got a surgery scheduled for 2:00 this afternoon.” Maybe not that intense, but basically, that’s what it is. This is the way the system is designed. The FDA helped set this up. I’m sure, obviously, a lot of the millions that are spent each year by the pharmaceutical markets helped to get that rule in place. But that’s the kind of system we’re looking at here.

It seems that at almost every level, it is rigged against consumers. It’s rigged against patients, because the FDA wants to give these medical device companies and pharmaceutical companies what they want. The companies want to get out there, start selling these products, get them in as many people as possible. Every time, it’s that consumer that bears all the risk and suffers the most from any negligence that may happen at any step of the way. Whether it’s the company or the FDA, the consumer’s the one that always takes that hit.

Daniel Nigh: Yeah, that’s right. And I would say even further along what we were saying before, big pharma gets so many protections with the FDA process, but the medical device companies get even more. That’s why recently, we’ve been seeing a trend of more medical device problems than possibly even the pharmaceutical problems, because they are just getting these rubber stamps, and they’re getting onto the market.

Farron Cousins: Daniel, it’s great to know that we have people like you out there working every day. I know you got a long road ahead of you with this ATTUNE knee product, but we appreciate your work. Keep at it. Thank you very much.

Daniel Nigh: Absolutely, thank you.