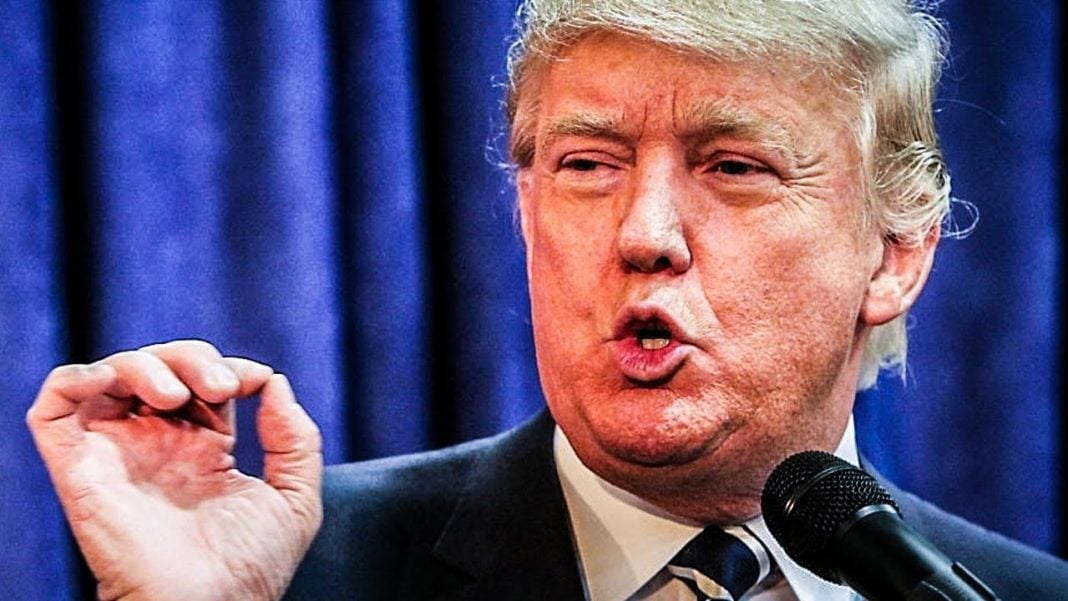 Donald Trump currently has an overall approval rating of 33%, the lowest of any president at this point in his presidency. His numbers continue to dip with each new poll released, and this is a disaster for the Republican Party. The funny part is that they know exactly how to end this problem, they just refuse to invoke the 25th Amendment, as Ring of Fire’s Farron Cousins explains.

Depending on which polls you’ve been looking at over the last week, Donald Trump has an approval rating maybe at 33%, maybe as high as 37%. But the bottom line is that his approval rating is somewhere within that 33% to 37% range, and his disapproval rating has hit 60%.

This is the lowest polling data for any sitting president at this point in their presidency. Donald Trump officially can hold the title of least popular president in American history, as a result of this.

So why is this a problem? Well, for Democrats it certainly isn’t, but Republicans are actually starting to panic. And do you know how we know that? Because this story that I’m talking about right here didn’t come from a nonpartisan group like The Hill, it didn’t come from a progressive site like Raw Story. No. This story came from the republican-led website RedState, and the title is: Trump’s Poll Numbers Are Ridiculously Bad.

That’s what they say. That’s what Republicans are saying. And when they have to come out and admit that, you know what? We have a real problem with the guy sitting in the Oval Office because most of this country seems to really hate him, when they’re finally at the point where they’re willing to admit to reality, you know they’re having some kind of breakdown inside of their ranks.

For months now we have seen republican pundits, republican websites, and even republican politicians try to write these off, downplay them, call them fake news, say whatever you will about these polls, but they’re not real. But now they understand they can’t continue to deny reality, especially concerning the fact that we’re only one year away from the 2018 mid-term elections. And according to all the polling data, generic Democrats beat generic Republicans in 2018 by 11 points as of today. That’s really saying something.

As I have said time and time again, Republicans could emerge as public heroes right now if they were the ones to remove Donald Trump from office. And they have the mechanism, the 25th Amendment. The man is mentally unfit for office. You put it on him to prove that he’s mentally fit, which I don’t think he would ever be able to do, and then when he can’t, he’s gone. You were the heroes who removed him. The public would remember that. But you’re too spineless and too cowardly to take that step, to hold him accountable, and help to save this country.

Now, I know your policies would be just as bad as his, but you wouldn’t have the image problem, because that’s what’s hurting you. Because let’s think about this for a second. Some of the horrible policies that Republicans are pushing right now, these are no different than what they pushed last year, or five years ago, or 10 years ago, or 40 years ago.

Yeah, more of the public understands how bad your policies are, but your base, those people still love these things. They still love these tax breaks for corporations, because they, for some reason, still think it’s going to trickle down. So they don’t have a problem with your policy, they have a problem with the moron you’ve got in the Oval Office. And you, Paul Ryan, Mitch McConnell, all of you Republicans are standing in the way of making your party the heroes of 2017.