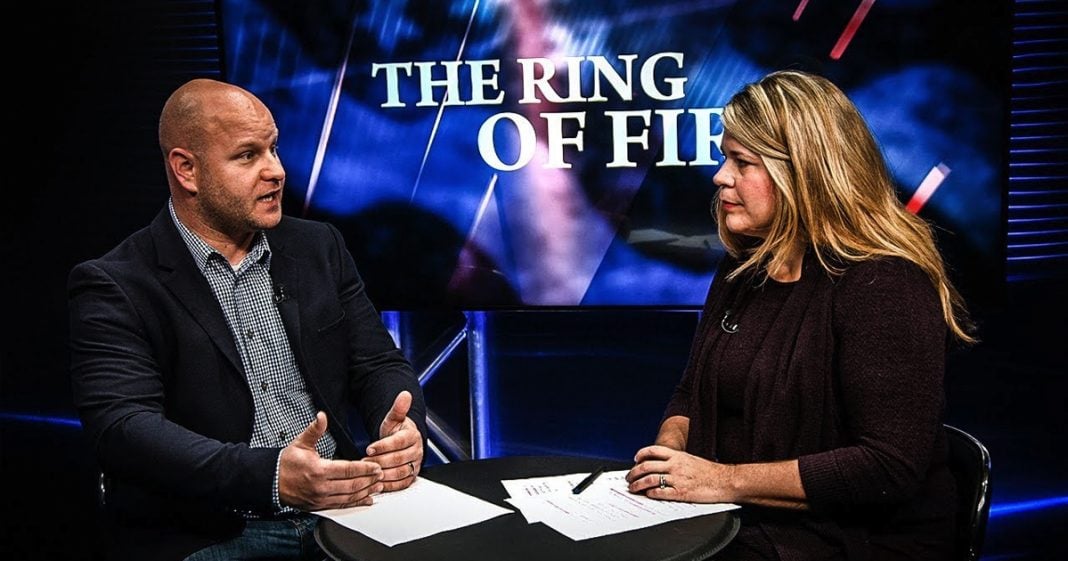 Farron Cousins and Kim Adams discuss the link between the use of Viberzi and pancreatitis, especially among individuals who have had their gallbladder removed.

Farron Cousins: It seems like every few weeks, there is a new drug in the news that’s causing some kind of horrible side effects for patients usually that the company knew about yet failed to alert consumers about the real dangers of their product, such as the case we’re finding out right now with the drug called Viberzi. Joining me now to help tell the story of Viberzi is Atty. Kim Adams. Kim has extensive knowledge of pharmaceuticals, has handled many cases against pharmaceutical companies. So Kim, thanks for being here. Just right off the bat, what is Viberzi before we get into the dangers? What is it?

Kim Adams: Sure. So Viberzi is a drug use to treat irritable bowel syndrome. Irritable bowel syndrome can be pain in your abdomen. It can be diarrhea. It can be lots of things that completely remove quality of life. It’s a pretty significant condition, but it impacts millions of people every year. So Viberzi is another drug in an entire group of drugs that has been recently put on the market to try to treat those symptoms.

Farron Cousins: That’s actually irritable bowel syndrome is something that’s kind of becoming more widespread in the US. It something that more and more people are diagnosed with recently.

Kim Adams: It is. Unfortunately, irritable bowel syndrome is something that they try to treat with medications, which we’ll get into with this. It sort of tries to calm down the colon if you will these medications do. Symptoms are also similar with if you have valve issues dysfunction or gallbladder dysfunction. Sometimes those symptoms can overlap, so it’s difficult to know what’s causing what. Gallbladder, people get their gallbladders removed all the time. I think that what we’re finding especially with this drug is the impact that some of these medications that are supposed to only treat the colon are having on these other organs. Either because they’re absent and so you have an unexpected result or because they’re dysfunctioning and they’re causing the same symptoms.

Kim Adams: That is we … These drugs go in the market, which again we want manufacturers to be innovative. We want them to find helpful cures for all of these horrible symptoms that people are experiencing. The problem is the science and the studies are so brief that they don’t necessarily … They’re not able to really adequately warn against all the side effects I think. In this instance, however, we know that they had a signal because it’s in their label that says, “If you don’t have a gallbladder, you need to maybe reduce your dosage.” What does that mean? What kind of reduce dosage? We’re not really sure, but what we have seen with this particular drug is it’s only been on the market a very short time, just a couple of years. We have seen several deaths related to pancreatitis or the valve that I mentioned, the valve that sort of controls the bile and the other pancreatic juices that sort to help break down all of your food, that valve may stop working.

So we have seen a couple of death within immediate reaction as soon as taking Viberzi one or two doses, which is sort of lends itself to show the causation of Viberzi causing that injury.

Farron Cousins: It’s not frequently where we see somebody who takes up even a horrible bad pharmaceutical where they take it once or twice and then death. I mean, that’s rather instantaneous in terms of some of the other cases, the other products that we’ve looked at throughout all the years. I mean, that’s something obviously consumers need to be aware of. This isn’t something that oh you’ve been on it for six or eight months. Two doses and death obviously is very bad. I mean, that seems almost instantaneous reaction that I think consumers … In this case the FDA eventually did come out. Didn’t they say that if you’ve had your gallbladder removed, do not take it? How many people took it before the FDA came out with this?

Kim Adams: There are things that we’re still finding right, because you’ve got of that subset of people where we saw several death. You also saw 120 plus people in that short-time period that reacted with severe pancreatitis. Pancreatitis can kill you, but there are also minimal pancreatitis. Most of the time, it requires hospitalization for treatment. What we find most times with the, and these are just the events were reported to the FDA. That’s why the FDA comes out because they see these signals and they let the world know, “Hey, finally we enough of this that we think are related.” We’ve estimated in the past that those adverse event reports may only constitute less than 10% of the true adverse events that are happening, because there’s always a way to say something else may have been related. We really want to … We think that there are a lot of these unfortunate situations out there; severe pancreatitis, death after Viberzi, that we feel the science is going to show us related to this medication.

Farron Cousins: You brought up an interesting point there. This is something that these pharmaceutical companies use. They tell the stories to the media. They tell them in court and say, “Well, his or her particular thing wasn’t from the drug. It was because they had a family history. Maybe they had diabetes as well and that cause part of it. They were smoker. They were inactive.” They try to pin it on every other possible thing with the person instead of acknowledging the very obvious fact of, well, it happened to this person and it happened in a couple hundred more. What were their lifestyle habits? Are you going to go ahead and attack personally each of these people? Are you going to finally admit that you know what, we didn’t do our due diligence in creating this, warning doctors? The FDA didn’t do their part coming in sooner or requiring extensive testing. Last we’ve seen FDA is actually trying to shorten the time span of testing to get these drugs on the market as quick as possible. It’s all bad news for consumers. It always ends badly for them.

Kim Adams: It is. We sort of are guinea pigs too. It’s definitely a tie balance between getting those innovative drugs on the market. There are some conditions; cancer, stage IV cancer that might warrant these risks. When you have death, it’s like how many deaths need to be available as far as the science goes before you warn people and let them make an informed decision. “Hey, we don’t know if there’s a cause,” that’s what they’ll say. We find most often in the files and in the science though they already knew what was on. That’s why they gave this inadequate warning I think is what we alleged with regard to Viberzi. How many deaths need to happen before that goes? Irritable bowel syndrome, not taking away from the severity and the quality of life. However, if someone feels as though there might be some of these other risks and the risk of death, certainly I guarantee you they’re going to choose some other means to help cure their symptoms.

Kim Adams: That’s exactly why we do what we do.

Farron Cousins: Well, we appreciate you’re doing everything that you do, Kim. Thank you for telling us the story today.