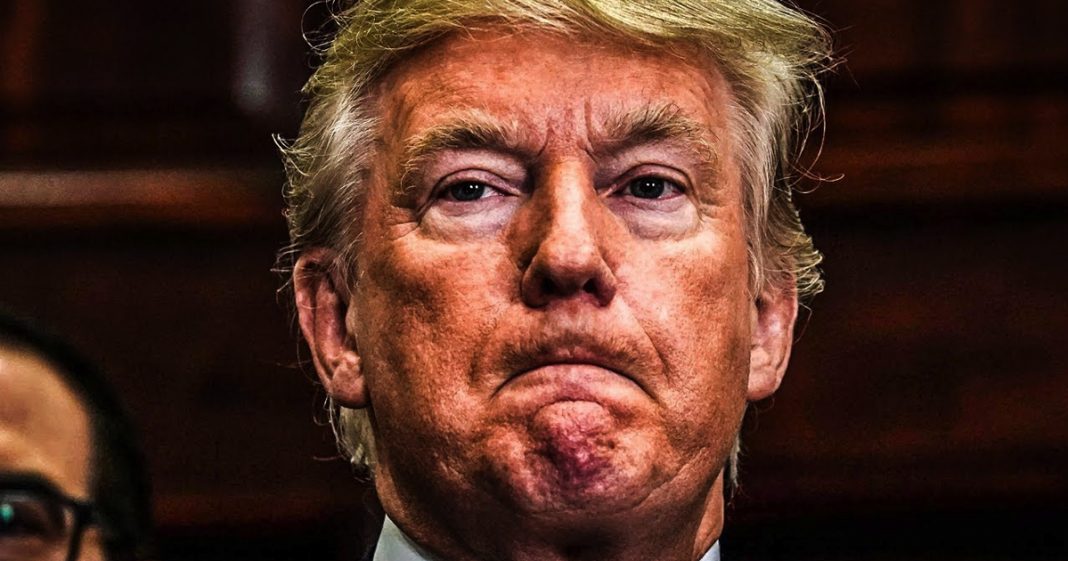 This week marked the one-year anniversary of Donald Trump’s electoral college victory over Hillary Clinton, and in the time since then, the President has had no major legislative victories. There have been 9 resignations from his administration and a few thousand tweets, but that’s about it. As Ring of Fire’s Farron Cousins explains, Trump has been a failure by every possible measure.

This week, we passed a very grim milestone, as it was the one-year anniversary since the 2016 election and Donald Trump winning the Electoral College vote to become president of the United States. Now even though he was sworn in on January 20th, over the last year, he has accomplished pretty much nothing, in terms of actual, concrete things. Donald Trump has, by every possible measure, been a failure, and that’s not just coming from me. A great new report that came out this week from the Independent in the UK shows that Donald Trump has had zero legislative accomplishments, major legislative accomplishments, since being sworn in on January 20th, in spite of all the lofty promises and goals that he laid out between Election Day and Inauguration Day.

There has been no action on healthcare reform, even though Republicans have repeatedly tried to destroy the program. There has been no action on tax reform, even though Republicans are still trying to get that passed. They’re starting to see more and more Republicans break ranks and say that they will not support that tax reform package. Those were two of the biggest things that Donald Trump promised would happen within his first year, and he has yet to make good on those promises, which, to be honest, is actually pretty good for the American public.

And even though he’s got zero legislative accomplishments, he has managed to tweet out over 2,400 times since being sworn in as president. In fact, the official count, as of the time that this article was written, was 2,470 tweets and retweets from the president of the United States. That is about the only thing that Donald Trump has done since becoming president.

We’ve also seen, according to the Independent, nine high-profile resignations or firings from the Trump administration since he took office. That’s a fairly huge number compared to all of his predecessors, and of course, the most important thing, one special prosecutor to investigate the Trump campaign/Trump administration’s ties to Russians who may or may not have attempted to sway the US election in 2016.

Again, by every measure, and there’s a link to this article in the description, Donald Trump has been an absolute failure who has accomplished nothing since becoming president. The only thing that he’s done that conservatives can actually hang their hat on is appointing a hard-right Supreme Court Justice, which, again, would have been accomplished by anybody who had won the election, so it’s kind of easy to not count that in Trump’s column as a win.