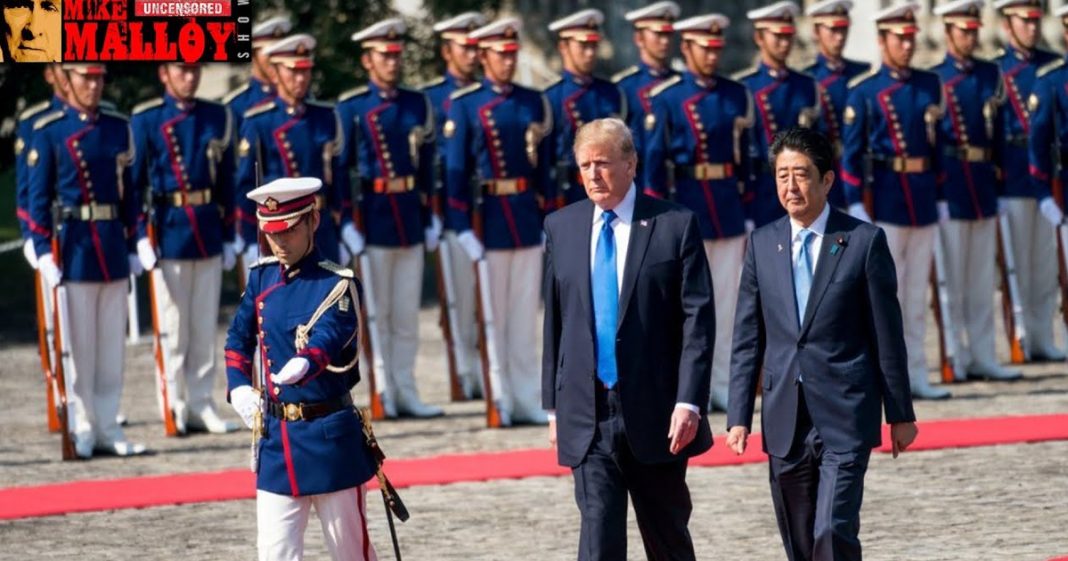 President Trump said on Monday that Japan could protect itself from a nuclear-armed North Korea by buying billions of dollars of American military equipment, drawing an explicit link between trade and security as he began a complex, politically charged tour of Asia.

By turns generous and challenging, Mr. Trump saluted Prime Minister Shinzo Abe as among his best friends in the club of world leaders. But he railed against what he said were chronic trade imbalances with Japan. And he implicitly acknowledged his disappointment that Mr. Abe did not shoot down missiles that North Korea recently fired over Japan.

“He will shoot them out of the sky when he completes the purchase of lots of additional military equipment from the United States,” Mr. Trump said, standing alongside Mr. Abe at the Akasaka Palace in Tokyo. “The prime minister of Japan is going to be purchasing massive amounts of military equipment, as he should.”

“It’s a lot of jobs for us and a lot of safety for Japan,” the president added. Mike Malloy discusses this.