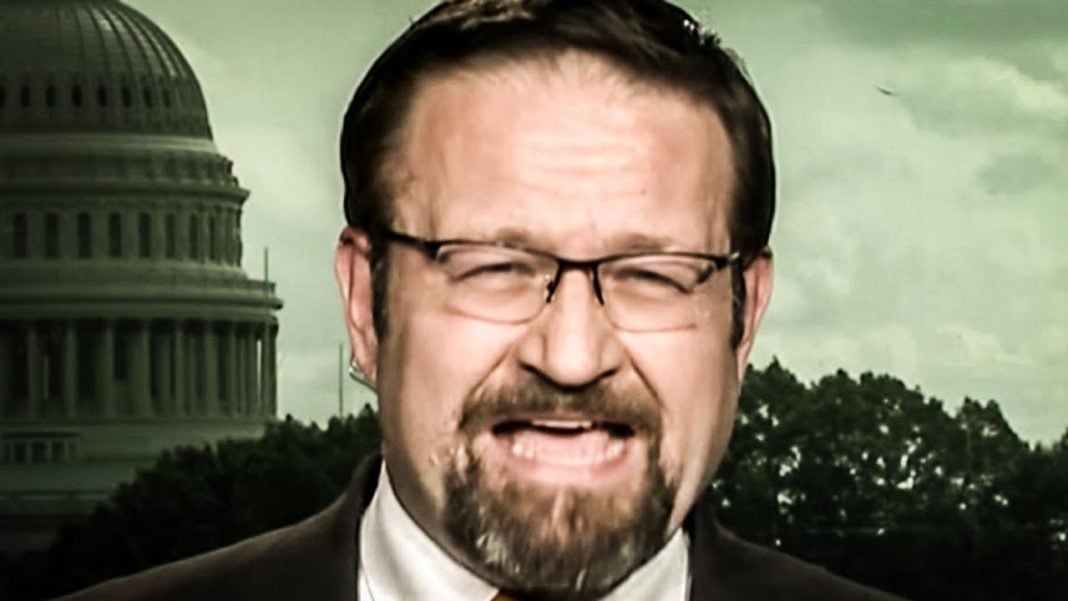 Sean Hannity announced on Wednesday of this week that the Fox News network had hired former Trump administration official Sebastian Gorka as a “national security strategist,” despite the fact that his ties to Nazi organizations ended up costing him his job with Trump. But does that matter to the Fox audience? Probably not. Ring of Fire’s Farron Cousins discusses this.

If we’re being completely honest, Fox News has always been pretty racist. But they’ve done their best, they’ve tried in the most clever ways possible to basically disguise their racism as something else. You know, when they have a video of a young black man getting gunned down by police for no reason, they always like to assume that the black person was a thug. See, thug is Fox News code for the n-word, basically.

But yesterday, this week, Fox News decided that they were going to drop the veil and just became an overtly racist network by deciding to hire Dr. Sebastian Gorka as a national security strategist for the network. Gorka, in case you don’t remember, is the guy who was with the Trump administration earlier this year until it was revealed that he had ties to neo-Nazi organizations, at which point they decided, “You know what? Probably a bad look for the administration. Maybe it’s time that you should go.” Gorka claims that he left the administration because they weren’t being hard enough on brown people, specifically those from the Middle East. Those weren’t his exact words, but that is what he said. They weren’t tough enough on Muslims, so he decided to leave. So he left because they weren’t racist enough for him.

But now he found a perfect home where racists are warmly embraced by both management and hosts at Fox News. Wednesday evening Sean Hannity brought Gorka on the show, where he said, “I can officially announce today he is a Fox News national security strategist.” So Sean Hannity’s happy, the folks at Fox News are happy, and now the Fox News audience is going to get their raw unfiltered news from somebody who is linked to Nazi organizations throughout the world.

And are they going to care? Are they even going to know? Do they even realize that Gorka was basically kicked out of the Trump administration, who, let’s be honest, they’re also quite racist. But even Gorka was too racist for them. But not for Fox. He fits right in. He may as well make himself cozy on the little Fox and Friends couch because I’m sure they all believe in the exact same thing. And that is that white people are just inherently better for, really, absolutely not reason other than the fact that they also happen to be white. But you could also kind of use that as evidence that no, white people, clearly are not superior in any way.

Nonetheless, the Fox News audience is now going to be treated to Gorka’s little anti-Muslim tirades, anti-immigrant tirades, anti-black people tirades, and basically just a general pro-white, anti-everyone else viewpoint that has now found a welcome home on Fox News.