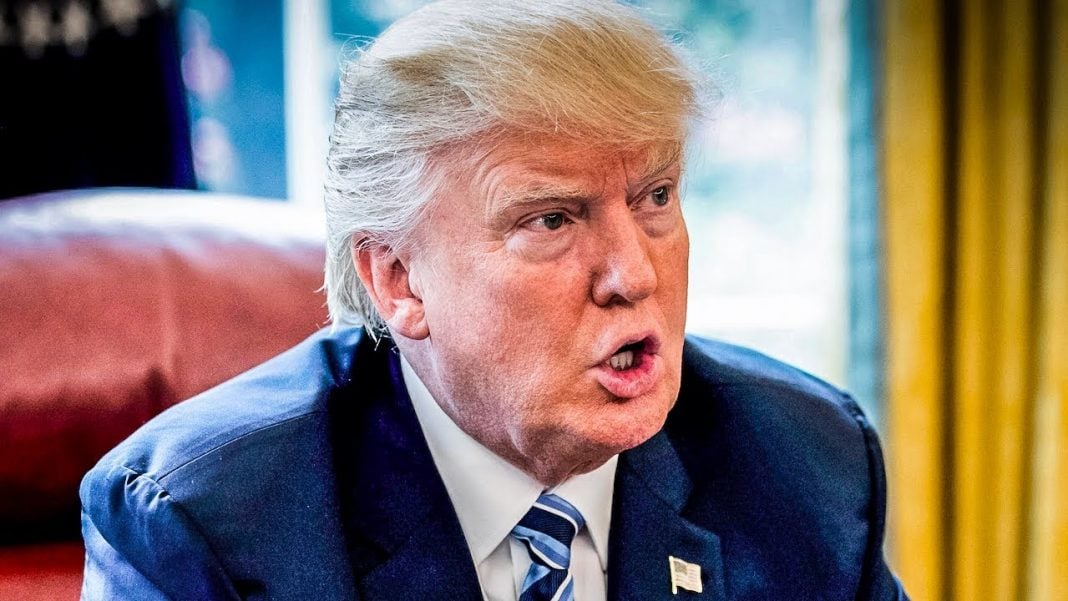 Republican Senator Bob Corker – a man that has been at the top of Trump’s target list for some time – announced this week that he would be holding a hearing about whether or not it is appropriate for Donald Trump to have the unilateral authority to launch nuclear weapons. This is a huge development and hopefully a step in the right direction, as Ring of Fire’s Farron Cousins explains.

Recent polls have shown that a majority of Americans are actually freaked out about the fact that Donald Trump has the unilateral authority to launch a nuclear strike against anyone at anytime he feels like it. But Senator Bob Corker, a Republican from Tennessee, has decided that the concerns of the American public and the concerns of members of congress and the senate have grown too great and he has decided … He announced this week that he is going to hold hearings in the senate to discuss Donald Trump’s ability to launch nuclear weapons without any oversight.

Now, Bob Corker for quite a while now has been one of the people towards the top of Donald Trump’s enemies list. He’s a guy that Donald Trump has attacked on Twitter and he’s a guy that’s not running for reelection in 2018 so he doesn’t have anything to worry about there. But, again, we’re seeing more and more of these Republicans who have announced that they will be retiring, not seeking reelection, coming out and trying to actually hold Donald Trump accountable before they leave office. This move by Corker to finally, I guess, have hearings or at least open up discussions about the president’s authority to launch nuclear weapons is a huge positive step, quite possibly one of the greatest things we have seen from Republicans in a very long time.

As I’ve said many times in the past, yes, Donald Trump’s authority over our nuclear arsenal is terrifying. Slightly less terrifying is the fact that every president before him since the advent of nuclear weapons has had that same authority and that is not the kind of power that any singular human being on this planet should be able to wield, especially not Donald Trump. These hearings by Corker hopefully, they will lead to some kind of policy change that will not allow one person to wipe out millions of other human beings with just one authorization. These are the kind of decisions launching nuclear weapons that need to go through committees. They need several different people with several different viewpoints debating them, trying to figure out the best course of action and more importantly figure out how we can resolve a situation without having to launch nuclear weapons. Until we get rid of these weapons that is not the only way to make this system a little safer because we should never even consider dropping these. Yet, Donald Trump has repeatedly, according to interviews, according to people who’ve been in meetings with him, suggested that we use them.

So far, as far as we know, Barrack Obama never did that. He never went into a national security meeting and said, “Why can’t we just nuke these people?” Hell, even George W. Bush from what we know didn’t go in there and say something like that. Donald Trump has been in office for less than a year and we’ve had no fewer than three different reports from three different instances where Donald Trump has suggested nuking someone. These hearings by Senator Bob Corker are not only long overdue, they’re incredibly necessary for the survival of the United States of America.