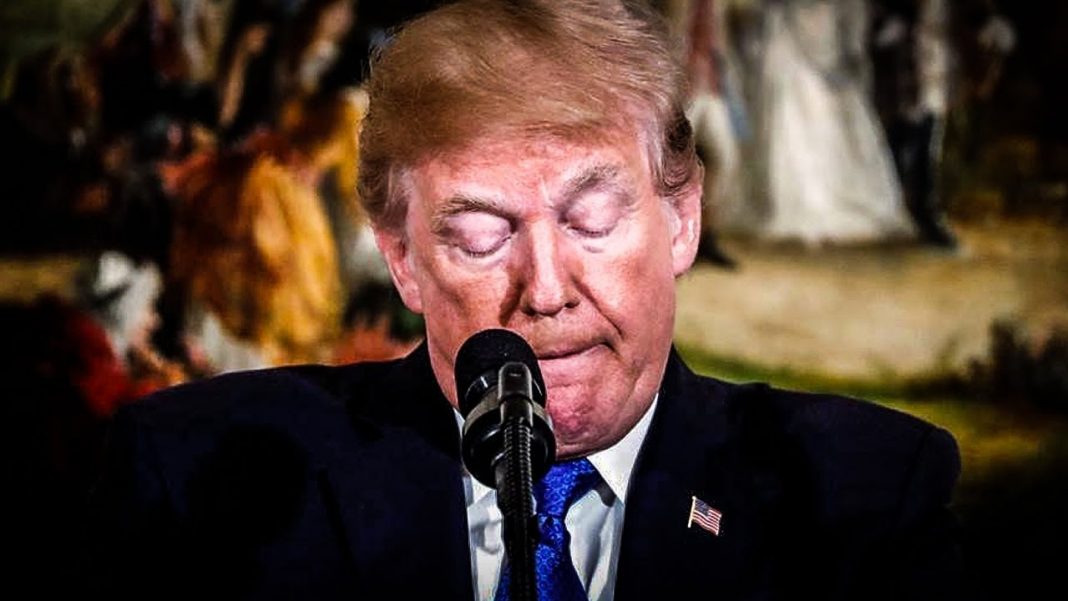 A new report from the White House confirms that climate change is both real and being caused by the actions of human beings. Nonetheless, the White House insists that Donald Trump will continue with his policies that they admit could make the problem even worse. Trillions of dollars in economic activity will be lost and entire coastal communities will be underwater, and Trump doesn’t give a damn. Ring of Fire’s Farron Cousins discusses this.

Donald Trump is perhaps the greatest threat to the future of the United States today. And that’s not just me saying that. That’s actually based off a report that came from the White House. According to a recent White House report, climate change is both real and it’s being caused by human activity. Those are givens. The White House run by Donald Trump and his Republican acolytes actually are willing to admit that. And then in the same breath they also admit that they don’t care. They don’t care that we’re destroying the planet. We’re going to let it happen anyway. And Donald Trump is at the head of that ship which at this point is basically the Titanic driving straight into an iceberg and he says full steam ahead.

Donald Trump understands or at least has been told. I don’t know if he’s capable of actual human understanding. He has been told that his policies are going to destroy trillions of dollars’ worth of economic activity in the United States at least. It could be even higher than trillions. He has been told that his policies are literally going to wipe out entire coastal communities due to climate change within the next 50 years. Cities that currently exist in the United States will no longer exist in as little as 50 years. And Trump says, “Screw it. I don’t care.” He won’t be alive by then, I mean, guy’s already in his 70s. The likelihood of him living another 50 years are incredibly low.

So, Americans, the young generation, people in their 20s or 30s, they’re going to be the ones to suffer from Donald Trump’s disastrous policies not him. Not the Republicans in Congress. Not the wealthy donors like the Koch brothers or the Mercers. They’ll be long gone. They’ll be footnotes in history by then. So Donald Trump is willing to destroy this country. Destroy the economy. Destroy coastal communities. Destroy the environment. Destroy the air. Destroy the water. Destroy whatever he can because it won’t affect him whatsoever.

But the White House itself at this point has admitted that Donald Trump’s own policies are going to help destroy this country. And yet he doesn’t care enough about it to actually enforce the laws that he was sworn to enforce as President of the United States. At this point, this should be considered a dereliction of duty. Donald Trump is not fulfilling the oath of office of the presidency of the United States and therefore should be removed from office. If you’re not going to enforce the laws that are in place, that are on the books already, then you’re not doing your job then you don’t deserve to have that job and legally we could remove you for this.

So how much more is it going to take? Are we going to wait until cities are underwater? Until these massive sea level rises and water expansion continue to happen? How many people have to suffer heat stroke before we understand that the climate is warming. What’s the death toll there? What number do we need to get to before we start paying attention and realize that Donald Trump is one of the greatest threats to America’s national and international security? What are we going to do when we start getting millions of climate refugees? We’re already getting them today. Maybe not in the level of millions, but thousands. Tens of thousands.

It’s happening now. And Donald Trump can see all this. He knows the report that came out of his own White House and he says, “You know what? I simply don’t care enough about this country to do anything about that.”