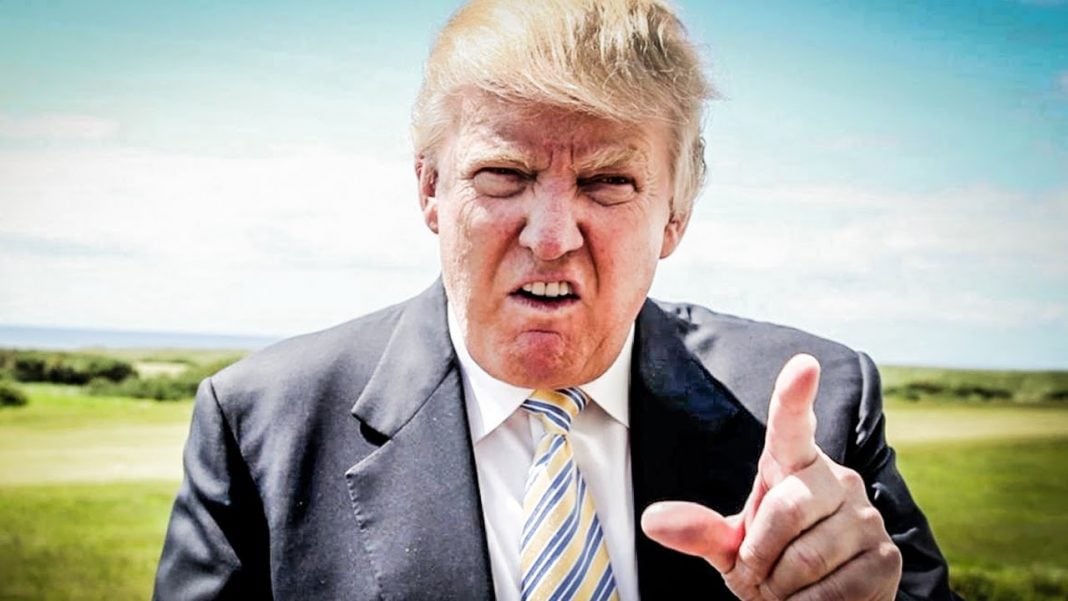 Donald Trump keeps telling us that he cares so much about American jobs and American workers, yet he goes to great lengths to hire foreign guest workers at his properties like Mar-A-Lago. A new report shows that the Trump company is seeking 70 permits for foreign guest workers for the upcoming season at his Florida resort, further proof that you should never believe anything that comes out of Trump’s mouth. Ring of Fire’s Farron Cousins discusses this.

Donald Trump really loves to talk about American jobs. He loves to talk about companies that bring jobs back over into the United States. He loves to tell us that he’s cut deals with companies in order for them to keep their jobs in this country instead of shipping them off overseas, but when it comes to his own businesses, the man simply can’t help himself from hiring people who are not American citizens.

Case in point, Mar-a-Lago, as Trump likes to call it, the Winter White House will be opening again soon for the winter season. In preparation for their grand reopening this year, they have sought permits to hire 70 foreign guest workers for the season, so rather than going out and hiring 70 American citizens who need those jobs, who are willing to do those jobs, Donald Trump and his companies thought, “You know what? Screw all your talking points. Screw the hypocrisy that’s inevitably going to follow. Let’s just go ahead and hire foreign workers because it’s easier to take advantage of them than it is American citizens working for us.”

Before you think, “Well, this is what they always do,” keep in mind that last year they only hired 64 foreign workers, and this year after Trump was president talking nonstop about American jobs and companies needing to keep their jobs in the United States, he upped that number to 70. This is not an accident. This is pure unadulterated hypocrisy coming from the highest office in the land. Furthermore, for a guy who loves to talk about American jobs, why is he still having his goods and Ivanka’s goods made overseas? Why don’t they bring those jobs back?

I’ll you why. It has nothing to do with taxes. It has nothing to do with worker protections. It has everything to do with paying the least amount of money possible to a worker to do a job. That is what this is all about. If Donald Trump actually cared about American jobs, if he cared about American workers, he would hire American citizens to work at Mar-a-Lago, assuming he could find enough that actually want to go there and cater to this jackass, but he could bring his production back to this country. He could bring all of his goods and services right over here in the United States, but he won’t do it because then his profits wouldn’t be quite as high because he’d actually have to pay people a decent wage.

He’d have to provide health insurance. He’d have to do some of the most basic human decency type things in order to have his workers here, and that’s not a bad thing. We need those kind of protections. We need health insurance. We need paid time off. We need pensions that corporations contribute to, but Donald Trump isn’t willing to do it, again because he’s just a jackass, so do not believe it any time Donald Trump gets in front of a podium, in front of reporters, or talks to business groups about the need to keep American jobs in America because Trump himself isn’t even willing to hire Americans at his own businesses.