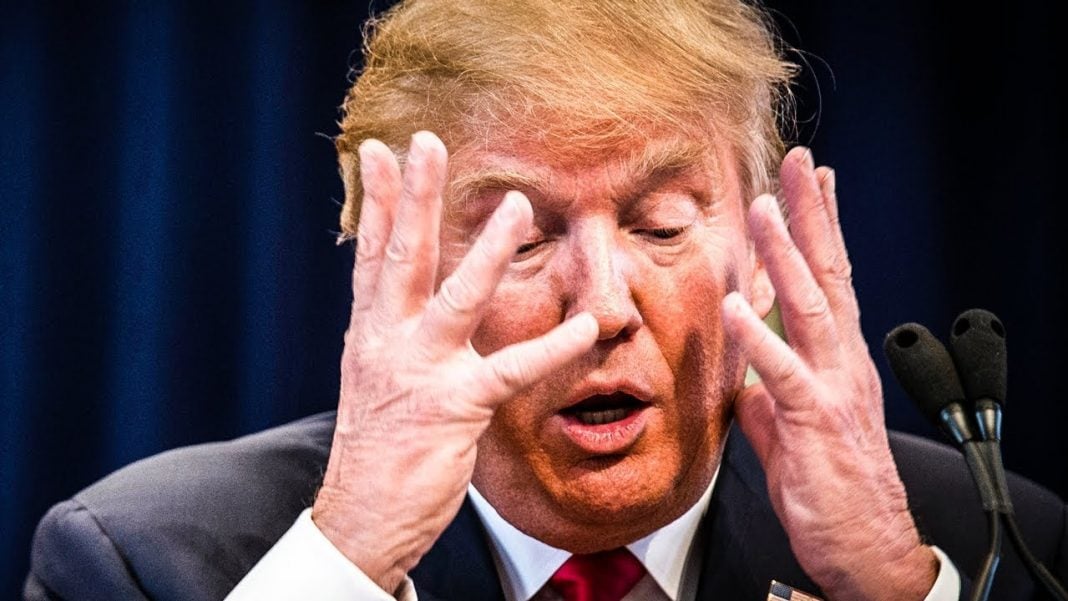 After a massive Democratic wave of victories in this week’s elections, one has to wonder whether or not Trump’s endorsement is actually more like a kiss of death. Trump and his family went all-in for Virginia gubernatorial candidate Ed Gillespie who wound up getting his butt handed to him. Gillespie isn’t the first Trump-backed politician to lose this year and he likely won’t be the last, as Ring of Fire’s Farron Cousins explains.

On Tuesday evening, Americans were basically greeted to a really resounding rejection of Donald Trump and everything he stands for as election results across the country began rolling in, showing the Democrats made virtually a clean sweep in elections from Maine to California.

One of the most closely watched elections that took place on Tuesday was the race for Virginia Governor between Democrat Ralph Northam and Republican Ed Gillespie. Gillespie had been personally endorsed by Donald Trump and Donald Trump, Jr., Steve Bannon, all three of those guys have been tweeting virtually nonstop over the last few weeks, singing the praises of Gillespie. Gillespie decided to run an incredibly racist campaign, vilifying everyone that wasn’t white, embracing Donald Trump’s racism, and he was soundly rejected by voters in Virginia, quite similar to how Luther Strange, who was in a runoff against Roy Moore in Alabama a month or so ago, endorsed by Donald Trump, rejected by voters in that state.

It kind of seems like at this point voters are not only rejecting certain candidates, but rejecting Donald Trump himself. Not all of the elections on Tuesday were rebukes to Donald Trump, but there were some very impressive Democratic victories that took place. For example, a politician who had ridiculed the Women’s March in Washington, D.C. that took place earlier this year, was defeated by a woman who ran because she was pissed off about him ridiculing the Women’s March. The author of the transgender bathroom bill, saying you have to go to whatever bathroom corresponds to your genitalia, was defeated by a trans woman.

A lot of really great victories, turning state houses across the country into a more representative sample of what the United States actually is, but let’s not lose sight of the bigger picture here. Yes, Tuesday’s elections were a rebuke to Donald Trump and everything that the Republican Party stands for. Right now, Donald Trump’s endorsement, if you’re running for office, is more like a kiss of death, because most of the people that he embraces, most of the people that he supports, end up getting rejected by the American voters. The only question is, can this momentum, can this anger towards the President, continue until the 2018 midterms? Signs right now are clearly pointing to yes. The Democrats are energized and, while they may not be 100 percent united, they’re still far more united in their mission than Republicans are, which is going to give them an edge over the next 12 months as we approach the midterms.

Again, and this is something Donald Trump doesn’t understand because he’s not a career politician and he’s also not an intelligent human being, when you are wildly unpopular, as Donald Trump is, least popular President at this point in his presidency in history, you don’t go campaign for people. You are seen as toxic. You are a cancer on the party. When you endorse someone, you’re putting your stink, your disease, onto them as well.

Did you ever wonder we didn’t see too much of George W. Bush in the 2008 election, why he wasn’t showing up at all these rallies and outwardly endorsing John McCain? It was because he knew he was unpopular. McCain’s campaign said, thanks but no thanks, they don’t want the stink of eight years of Bush rubbing off on McCain.

Trump doesn’t get that. He doesn’t understand it because he hasn’t been paying attention to politics long enough. As long as he continues to go out there and basically rub elbows with these wannabe Republican politicians, they will continue to keep losing. By all means, Donald and Donald, Jr., go ahead and start tweeting out your support for Republicans for the 2018 midterms, because I’m sure everybody’s just dying to get your seal of approval.