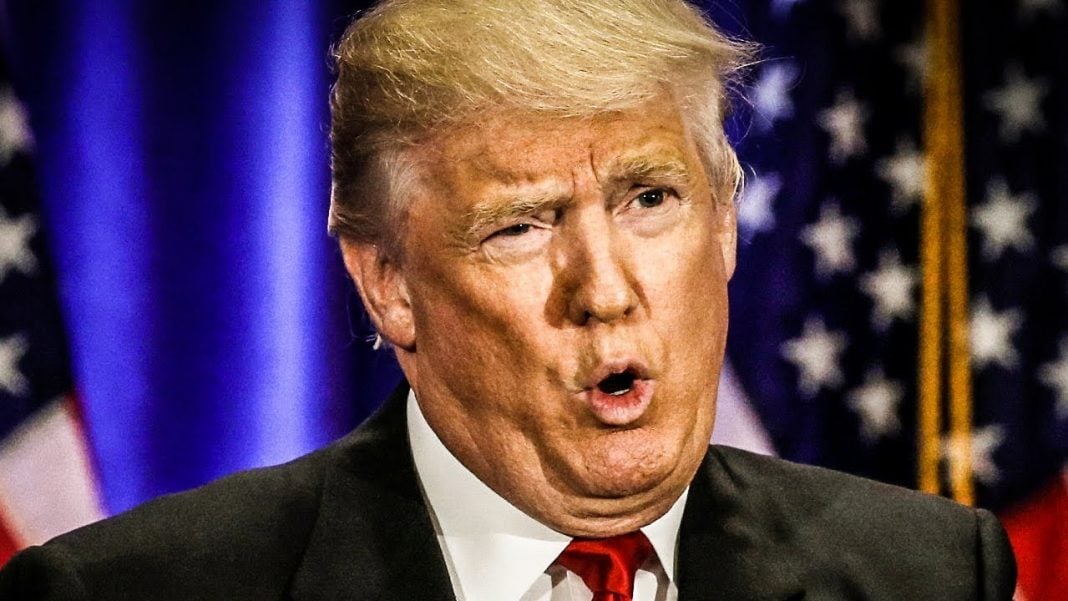 Republican Senator Jeff Flake has become more and more outspoken about Donald Trump since announcing that he won’t be seeking reelection, and he is now admitting that Donald Trump’s behavior, specifically his call for the DOJ to investigate Democrats, is absolutely “not normal.” A few other Republicans are joining Flake in his criticism, and as Ring of Fire’s Farron Cousins explains, it is past time for all members of the GOP to unite against Trump before he destroys their Party.

As we speak, Donald Trump is on his Asian tour right now meeting with other world leaders, and basically making a complete ass of himself. On Monday he met with Japanese Prime Minister Shinzo Abe and proceeded to really just show the world how ignorant he is, and no, I’m talking about the whole fish feeding incident because yes, Prime Minister Abe did toss his box of food into the water before Donald Trump walked up and dumped his, it’s a phony picture but yes Donald Trump was following suit, so that issue needs to be dropped by progressives out there. What I’m talking about is this clip.

My relationship with Shinzo got off to quite a rocky start, because I never ran for office, and here I am, but I never ran. I wasn’t very experienced, and after I had won, everybody was calling me from all over the world, I never knew we had so many countries.

That’s right, ladies and gentlemen, Donald Trump the man who has spent the last several months trying to convince us how smart he is claiming he went to Ivy League school and got the best education possible saying that he has a higher IQ than Rex Tillerson, the Secretary of State, didn’t even know that there were so many countries in the world until he was elected president. Until they picked up the phone and started calling him. I have to imagine if this man did not know that there were so many countries, that he had to kind of put his hand over the phone, look to the person next to him and say “What country is this? Who’s this guy? I don’t know what’s going because I’m a frigging moron and shouldn’t be holding the office that I’m currently holding.”

If there is anyone out there who had maybe the slightest inkling that Donald Trump was an intelligent human being, what he just told that room filled with Japanese dignitaries should kill any thoughts that you may have that Donald Trump is intelligent. What he just did was embarrassing not just for himself, that doesn’t even matter, it’s embarrassing for every single person in this country.

This is a level of stupid that George W. Bush himself never even sank to no matter how hard he tried. To be perfectly honest, even if you didn’t know there were that many countries in the world, for the love of God you don’t say that when you’re trying to make a good impression in front of the leaders of another country. What is wrong with this man? Not just his horrible policies and all that, but something is truly wrong with him. He lacks the kind of filter in his brain that says “you know what? Maybe that’s just an inside thought, maybe that’s not something we need to express for the entire world to hear,” because the entire world did hear it, and everyone is laughing at us for electing such a moron to be our president.