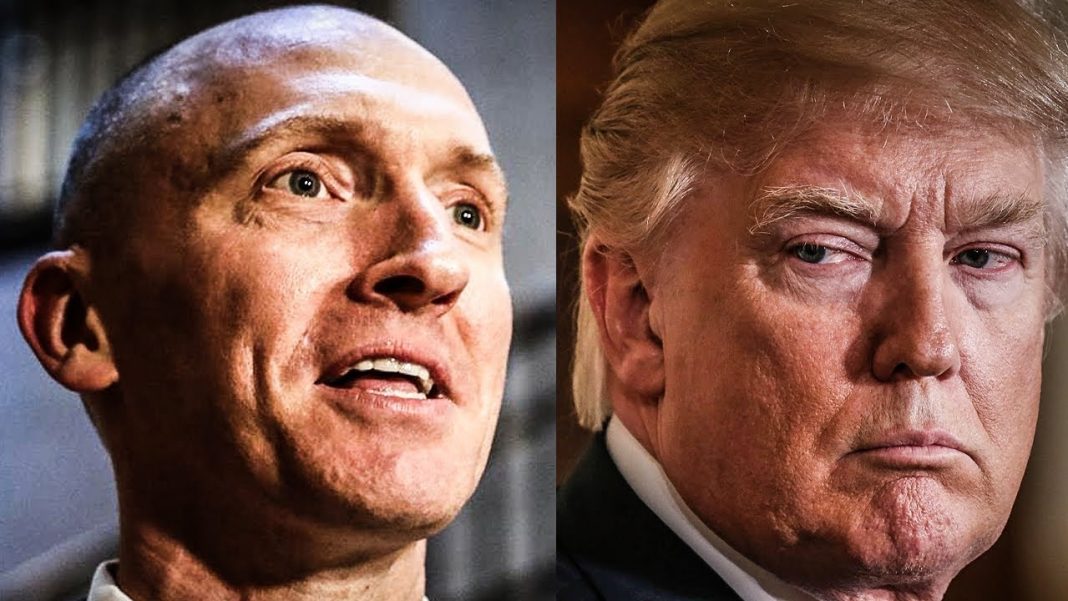 Carter Page, the former Trump campaign adviser, testified before the House Intelligence Committee last week about the Trump campaign’s potential collusion with Russia. The transcript of the testimony has now been released, and it appears that Page not only confirmed the collusion suspicions but also several key claims made in the infamous Steele dossier that has been back in the news recently. Ring of Fire’s Farron Cousins discusses this.

Last week, Carter Page, a former advisor to the campaign of Donald Trump, testified before a House intelligence committee about his role in the campaign, and basically whether or not he was involved in any collusion between the campaign and Russia. According to what Carter Page himself said during that testimony last week, the transcript of which was released on Monday of this week, yeah, he was pretty much the hub of the entire collusion story, or at least one of the main hubs of the collusion story within the Trump campaign. Page’s testimony, last week, not only gave us a clearer picture of the level of collusion that took place, but it also confirmed several very important, basically, revelations that came out of the Christopher Steele dossier. The whole thing that Republicans are now pissy that the Democrats took over the funding for after they stopped funding it initially.

Then, something very interesting happened later on in the testimony. He decided that maybe that was his Ricky Perry oops moment, so he later tried to back track and say, “Oh, no, no, no. When I say I met with them and talked with them, it really was more like a 10-second handshake in the hallway, ‘How are you?’, kind of thing.” That’s what he said. Prior to that, again, he said, “Yeah, we met with them. I met with the members of the elected officials over there, legislatures, the presidential staff.” He met with top ranking Russian officials as a member of the Trump campaign, where he did talk about policies that could affect the United States’ relationship with Russia. He claims that he did not talk about getting rid of sanctions US has put in place against Russia, but given what we know, he’s not exactly the most honest guy out there, so you got to take that with a grain of salt.

What we do know now is that Carter Page is squarely within the radar of Robert Mueller, the special prosecutor, and Carter Page could very likely be getting an indictment any day now as a result of these bombshells released during his testimony. We also know that Republican claims that this Steele dossier are completely fabricated are actually fabricated themselves because, no, so far the claims in this dossier, basically everything other than the Pee Tape, is being confirmed. If all of those other things within this dossier are being confirmed, each new one that turns out, “Yeah, it did happen,” just makes it a little more likely that the Pee Tape is actually real, and that’s just something that can make us all a little happy to show how disgusting Donald Trump really is. Neither here nor there, doesn’t affect anything, but it would put a smile on our faces.

The bottom line is that this whole collusion story is getting thicker and thicker by the day. Every new revelation that comes out, every new person that comes forward, every testimony that is released, seems to point to the fact that members of the Trump campaign, including Don junior himself, were meeting with the officials from Russia, or at least their representatives, in an attempt to get dirt on the Democrats in exchange for something that the campaign could offer to the Russians themselves. There was collusion. You kind of have to agree with that at this point if you’ve been paying attention to anything that’s happened in the world. This story of, “Oh, it’s a big nothing burger,” is turning out to be one of the largest burgers this country has seen since Watergate.