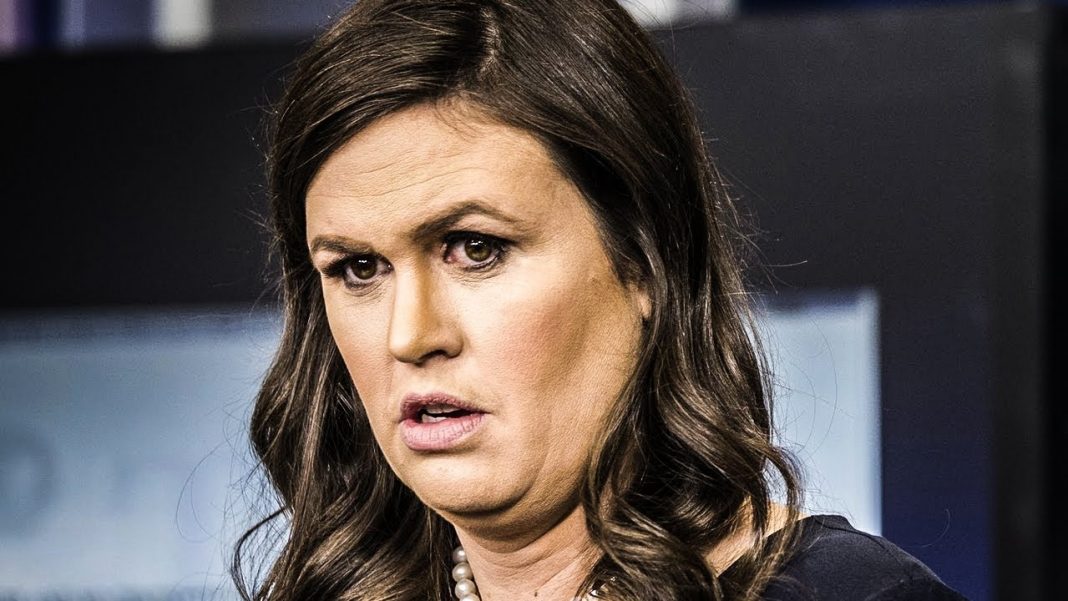 On Sunday, Fox News guest Dr. Jeanine Downie told the Fox audience that Sarah Huckabee Sanders should be ashamed of herself for the ease in which she lies to the public, especially for someone who claims to be an evangelical Christian. If Huckabee Sanders has lost the people on Fox News, then she’s lost the whole country, as Ring of Fire’s Farron Cousins explains.

This past weekend, the LA Times gave what might possibly be one of the laziest analyses available of Sarah Huckabee Sanders job as a White House press secretary. Rather than attack her for her lies or attack her for constantly covering up the scandals in the Trump administration, they decided to body shame her by pointing out that she’s a little overweight, like a chunky soccer mom.

Well, of course the folks at Fox News weren’t going to have this, so they convened a panel to talk about how horrible this LA Times column is, which I agree with them on that. Unfortunately for Fox News, didn’t quite go exactly as they thought it would. Take a look.

Dr. Jeanine Downie: People need to comment on her job that she’s doing. It doesn’t have anything to do with her accent. It doesn’t have anything to do with the spoofs I’ve heard about her weight. Sean Spicer is overweight. Nobody commented on his weight. Sean Spicer’s only 46. He looks older than stated age, with all do respect to Sean. But nobody would comment on how he looks.

My problem with Sarah Huckabee Sanders is the following. I’m concerned about the level of her holding herself up as an Evangelical, but yet Trump is accused of having, like what, a 16% track record when it comes to telling true statements and mostly true statements, and she holds up what’s he’s saying and she lies. Her cortisol level is rising. She’s squirming as she lies sometimes. As an Evangelical, I feel like she reads a Christian devotional apparently every day before she gets up to speak in front of the White House press corp. As a Catholic, I’m looking at her and I’m concerned about her upholding Trump’s lies. So, I get into what she’s doing and her actions, which can be criticized, but not who she is. That should be off the table.

If you’ve lost Fox News, the network that will literally let any Republican in this country come on and lie to the American public, if you can’t even sell them on your lies, then you’ve lost the public. You have lost the trust of your administration. Fox News is the most dishonest news organization in this country that has a TV channel, and even they can’t stand the constant lies coming out of Sarah Huckabee Sanders.

When we have these political scientists, these PhD holding political scientists on a Fox News panel who say that it’s ridiculous for Sarah Huckabee Sanders to claim to be an Evangelical, claim that she reads scripture before she goes out in front of that podium, when even they say enough is enough, then maybe it’s time for the rest of the American public to look at Sarah Huckabee Sanders and say, “You know what? I’m not going to believe a single word that comes out of your mouth.” When you can’t even fool the dimwits over at Fox New with your constant lies, you have a serious, serious problem. Not just with your own inability to tell the truth, but with your complete lack of any ability to convince Republicans that you are on their side.

That’s what we’re seeing right now with Sarah Huckabee Sanders. Her downward slide happened a hell of a lot faster than it did with Sean Spicer. Again, I can’t help but think that within a few months, she is going to meet the same fate as Sean Spicer, being ridiculed by the rest of the administration, just like Sean Spicer was in his last month or so in office. Eventually, Huckabee Sanders is going to basically go the same way that Sean Spicer did. She’s going to be a memory of the Trump administration. We’ll look back on it and laugh and see all the damage she did, and then probably stop laughing after that. But I not think that she’s going to stick around too much longer when she can’t even convince the folks at Fox News that her lies are the Republican reality.