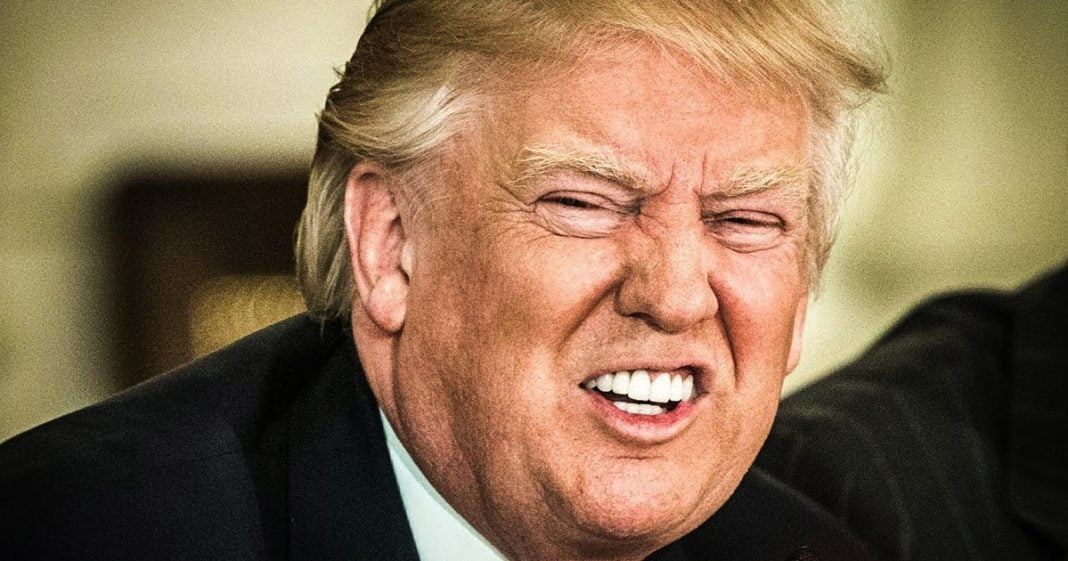 13 million documents have been leaked for the world to see, and they appear to implicate no fewer than 13 different Donald Trump allies, campaign donors, and even some members of his cabinet in potential criminal activity. This news comes at a horrible time for the Trump administration as they are already preparing for a new round of indictments from Robert Mueller, and as Ring of Fire’s Farron Cousins explains, this document dump might be the final nail in the coffin of Trump’s version of the GOP.

On Sunday evening of this past weekend, a new article came out that was based off of 13 million leaked documents that seemed to implicate some members of the Trump campaign, Trump administration, possibly in some crimes here. Now, 13 different Donald Trump cabinet members, donors, and allies have been identified in what’s being called these Paradise Papers. Most notably among them is Commerce Secretary Wilbur Ross, who happens to have financial interests in a company that is also partially owned by members of Vladimir Putin’s family.

Now the issue here is that Wilbur Ross, during his confirmation hearing, did not disclose any of these financial ties to Vladimir Putin’s family, basically having anything to do with anything in Russia, did not disclose it, denied that he had any such investments or involvement, and now we find out, yeah, you actually really did.

Jared Kushner, also happens to be one of the fellas listed in these Paradise Papers, because we have Russian oligarchs who invested money into start-up businesses run by Kushner, and Kushner, as usual, failed to disclose these financial ties on his security clearance application form, as well as during other questioning about this entire Trump/Russia campaign connection.

Other people mentioned, Rex Tillerson, Steve Mnuchin, and Gary Cohn are also holding money overseas, basically to avoid US tax laws according to what’s been released in these Paradise Papers. So what does this all mean? First and foremost, it means that Donald Trump’s promise to drain the swamp was an absolute lie to the American public. Thirteen people who are very close to Donald Trump, or who helped him win this election, are hiding money overseas, and lying about it. And that brings us to the second major point, some of the people lying about it doesn’t really matter. Yeah, they’re holding money offshore, and unfortunately there’s not a whole hell of a lot we can do about it as a country, and it’s not a crime to just lie to people, so yeah, they can say they didn’t do it, and then turns out they did, they’re fine. But it kind of depends on who you lie to.

That’s why Wilbur Ross and Jared Kushner are kind of facing a little bit tougher time than some of the other people in these papers, because they lied to people who it’s illegal to actually lie to. Jared Kushner on a security form, and Wilbur Ross during his confirmation hearing. It is a crime to lie on either of those things, whether in front of a Senate Committee, or on an official application form. Both of those men, and potentially others as this story is still developing, could find themselves in very serious legal hot water over this, which would really just add to the complications that Jared Kushner is already facing as part of the Bob Muller probe, and I’m sure that these 13 million leaked documents have a little bit more information in there that Muller is dying to get his hands on.

This comes again at a horrible time for the Trump administration, because just a week ago, we got handed down indictments against Manafort and Gates, we know from this past weekend, that he has enough evidence to indict Michael Flynn, and his son. Now these Paradise Papers come out showing, one; that Trump administration officials are hiding tons of money overseas, and two; they potentially perjured themselves in front of the Senate, or on their financial disclosure forms for their security clearance. Just when you think things can’t get any worse for the Trump administration, something else comes out and shows just how incompetent and blatantly corrupt everyone who Trump surrounds himself with truly is.