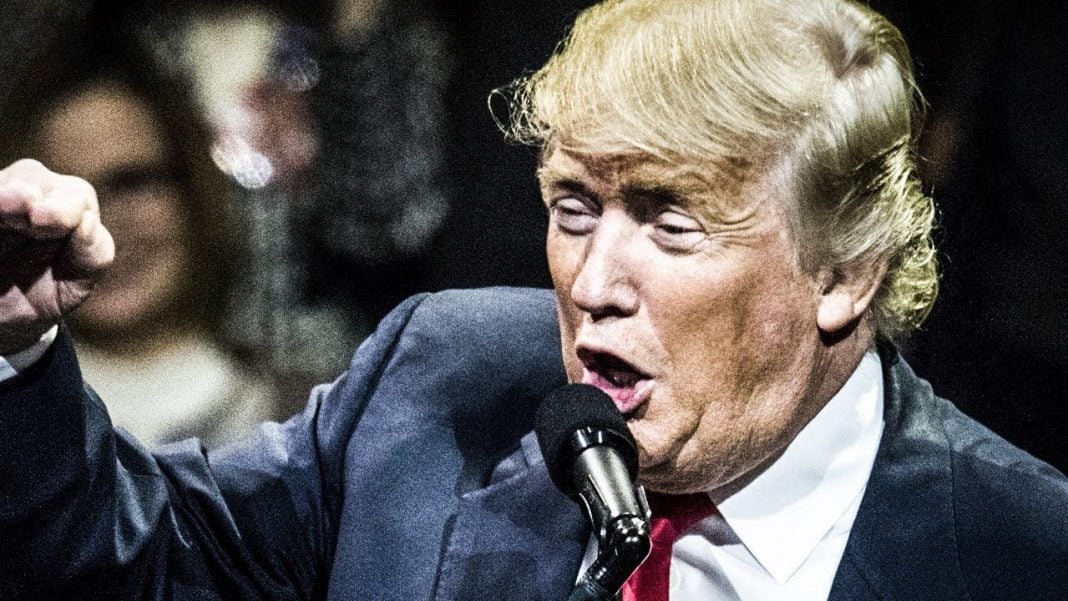 Lawyers for Donald Trump are still trying to get sexual assault charges against the President dropped, and they’re doing everything they can to smear the victims in this case. Their latest attempt to undermine the allegations has been to argue before a judge that the President is allowed to call these women “liars” because that kind of speech is protected under the 1st Amendment. Ring of Fire’s Farron Cousins discusses this.

Recently, and for very good reason, there’s been a lot of talk in the United States about sexual assault and sexual harassment, with Harvey Weinstein, Kevin Spacey, and everybody in between. We have had women coming out of the woodwork, and men at times too, to accuse some of these high ranking, powerful people in the United States of some of the worst imaginable conduct.

The question remains why is Donald Trump President of the United States? Donald Trump has admitted to doing some of the most disgusting things that some of these men today are being accused of having done, and yet American voters still said I like that. I’m going to go with that. I don’t care about the rights of women.

Well, some women, the women who have spoken out against Donald Trump and the few who are actually suing him, including Summer Zervos, a former contestant on The Apprentice, they’ve been bringing lawsuits against Donald Trump. They’re trying to hold him accountable, but his legal team is still arguing in court that he cannot be sued for sexual assault because he is the President of the United States. That’s the argument they made a few months ago.

This week they’ve come up with a new argument, and that is basically to say that Donald Trump is allowed to call these women, including Ms. Zervos, liars, saying that they’re making up their stories, basically defame them, because according to Trump’s lawyers that kind of speech is protected by the First Amendment of the US Constitution.

Donald Trump, the guy who has completely dismissed the entire Constitution, who doesn’t care about the rights of anyone in this country, is trying to argue that it’s his Constitutional right to call these women who accused him of sexual misconduct a liar. He can make up whatever he wants about them because it’s allowed under the Constitution.

Well as it turns out folks, it’s not. You cannot commit libel or slander or defamation against another person in the United States. That’s not protected speech. Plenty of lawsuits have come out of that and they’ve all shown that no, that’s not protected. What is also not protected under US law is you sexually assaulting someone or sexually harassing someone regardless of your position or how powerful you think you are.

All of these allegations arose before Donald Trump even ran for President, and the fact we still elected him is absolutely disgusting. What’s even more disgusting is the hypocrisy of people in this country, including both Trump and Trump Jr., who want to make a big deal about Harvey Weinstein and Kevin Spacey, yet remain completely silent about the fact that Donald Trump himself is accused of the exact same things that these other men have been accused of.

Donald Trump is no better than Harvey Weinstein. He’s no better than the rest of these sexual assaulters, yet somehow nobody ever held him accountable, especially in the court of public opinion. It’s time for the same thing that happened to Weinstein to happen to Donald Trump. He needs to be removed from office, kicked out of his own companies, and essentially left to fend for himself as one of the most hated people in the United States. That would be justice for these women.