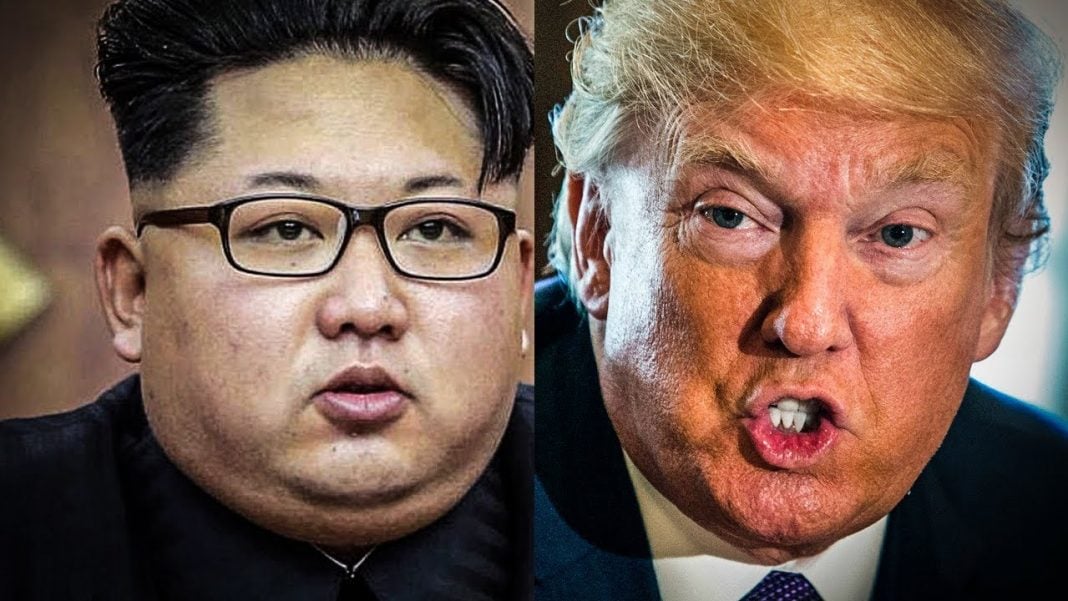 It usually isn’t a good idea to put too much stock into the rantings of a brutal dictator, but the words being used by leaders in North Korea about the President of the United States cannot be ignored. Recently, news outlets in North Korea (which are run by the state) said that Trump clearly has a mental derangement and should be medicated. This analysis is actually pretty close to what other mental health experts have to say about Trump, but these are also the kinds of statements that could lead our unstable president to do something horrible to the country, as Ring of Fire’s Farron Cousins explains.

North Korea’s state-controlled media outlets this week have decided to finally fire back against Donald Trump after his constant basically name calling against Kim Jong-un, calling him little rocket man and the like, so this week the state-run media outlets in North Korea decided to hit back at Donald Trump by saying that he is incurably mentally deranged and obviously needs to be on medication. They’ve talked about his bellicose and often violent rhetoric and essentially what they’re saying, I hate to admit it, is not that far from the truth. Now usually I don’t like to put any stock into anything that a dictatorial regime that murders its own people has to say, but in this particular instance, yeah they got it 100% right because they’re echoing basically what a lot of mental health experts here in the United States have said about the president.

Here’s the problem though. We know that Donald Trump is a guy that cannot handle any kind of criticism. He can’t, and now that we have North Korean state media coming out and saying these kinds of things, that he has some kind of mental disorder that can’t be cured, but he certainly needs to be medicated, how is Donald Trump going to react to that? We already know he’s having a bad week, okay? We know that he’s got a very short temper, and we know that the last time he lobbed some missiles over at a country it actually helped his approval rating, which this week stands at about 33%, so this is dangerous. This is not a good thing that North Korea is out there saying these things. They’re echoing what the rest of the people in the world are saying as well, but Donald Trump already wants to go nuke North Korea, and now they’re just poking the bear at this point.

As I’ve said before, if you go over there and drop some bombs, or missiles, or god forbid a nuclear weapon, you are going to kill hundreds of thousands, if not more, completely innocent people who are essentially political prisoners in their own country. Donald Trump does not know how to act in a diplomatic way, and neither does Kim Jong-un, but somebody, some kind of grownup, needs to step in and take control and make sure that we do not on our side or their side end up killing millions of innocent people who got caught in the crosshairs in a war of words between two absolute morons.