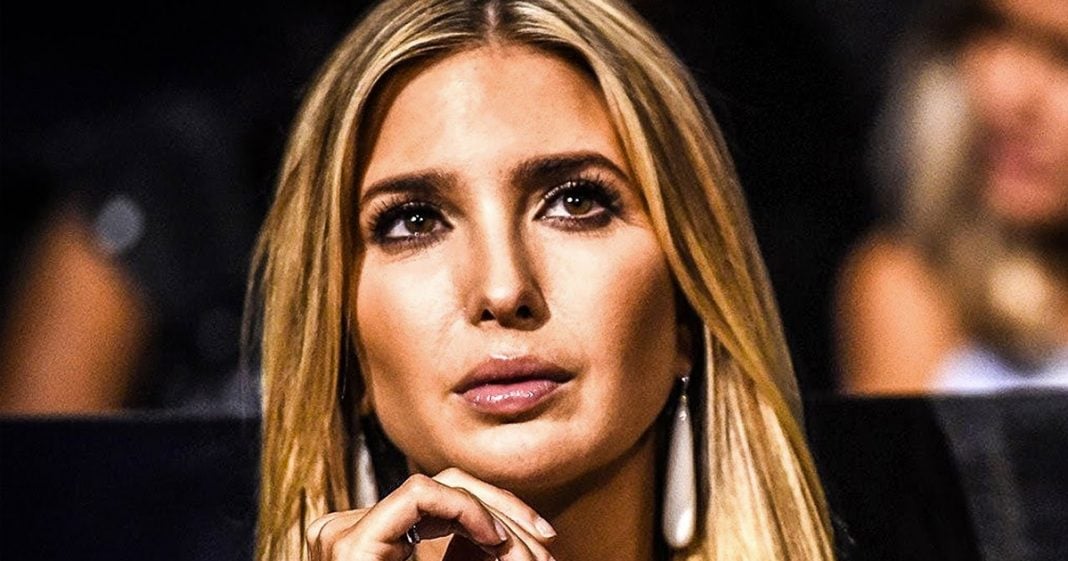 During a trip to Tokyo on Friday morning, Ivanka Trump gave a speech about the threat of sexual harassment where she explained that is simply cannot be tolerated. Her statement is absolutely true, but it begs the question as to why she will not stand up and condone her father’s behavior and defend the women who are trying to expose his sexual predator-like behavior. Ring of Fire’s Farron Cousins discusses this.

See, it’s one thing to go out there and say that, I don’t know, bullying is bad, but then ignore the fact that your husband is a serial bully-er and uses racial slurs against people on Twitter. Just like it’s a bad idea to go out there and sound all sanctimonious and self-righteous about the issue of sexual harassment, ignoring the fact that your father is caught on tape revealing how he likes to sexually assault and sexually harass women in the United States. That is what Ivanka Trump did and the bullying thing is what Melania Trump’s doing.

You can have all the best talking points, you can have the best intentions, but if you refuse to acknowledge that the man you married or the man that fathered you is guilty of the very things you’re speaking out against then you have no credibility, you have no moral high ground, you have no room to talk. You want to stop sexual harassment? You want to stop bullying? Go talk to your dad, go talk to your husband, because some of the worst cases of both of those in this country today, seem to be coming from him.