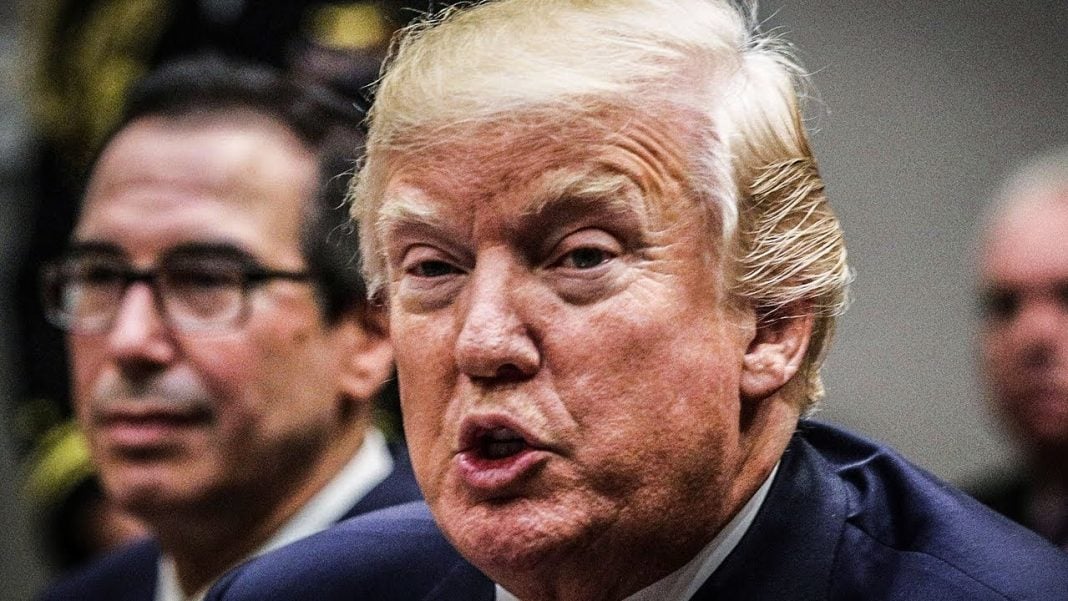 According to a new poll from Public Policy Polling, Donald Trump’s supporters will virtually never support his impeachment, even if it is proven that he committed treason by colluding with a foreign power to win the 2016 election. If an act of treason won’t sway these voters to stop supporting Trump could anything ever convince them? Ring of Fire’s Farron Cousins discusses this.

According to a new poll by the group Public Policy Polling that was released on Halloween day of this week, 49% of American citizens actually support impeaching Donald Trump at this point of his presidency. However, that number comes with a little asterisk because that is basically split along party lines. And the poll found out something that’s even more disturbing about republicans and Donald Trump supporters. According to this poll, 80% of republicans and Trump supporters would not support impeachment of Donald Trump even if it were proven without a doubt that he colluded with the Russians to win the 2016 presidential election. What this means is that we have 80% of the polled republican party here that says, “You know what, even if the president committed treason, even if he circumvented our democratic process in order to elevate himself, I still don’t want him removed from office.”

That is one of the most disgusting poll results I think I’ve ever seen in all my years covering American politics. 80% of republicans have no problem with treason. 80% of republicans have no problem with a president breaking the law and staying in office. Why? Because they’re so blinded by their own partisanship that they can no longer differentiate right from wrong. That’s what’s happening here. 80% of them think treason’s okay for a sitting US president. Why? Because God forbid anything ever happen to damage the reputation of the party that they’ve invested their lives in.

You know, it’s like the sports fanatics. To these people, republicanism, it’s a sports team and you’ve got a column of win and a column of losses. And you want to make sure you always get that win. It doesn’t matter what happens, what happens to your team, what happens to your players, if they get arrested or caught using steroids, it doesn’t matter. You’re going to support them regardless. It can’t be that way with politics. Republicans control everything in DC right now and a majority of everything else throughout the rest of the country and it’s likely at this point that several members of the Trump administration have committed some kind of crime. One of them has already pleaded guilty to attempted collusion with the Russians.

You can’t be okay with that. You can’t be okay with treason and still wave around your American flag and act like you’re a true patriot. If you are okay with treason, then you are anti American. You’re that very thing that you claim to despise so much, but that is what 80% of republicans in the United States are today because no matter what happens to Donald Trump, no matter what crimes he may commit, or may have committed, or may be uncovered in this investigation, they will never stop supporting him because he’s one of their own. They have been brainwashed by the republican party and I am afraid at this point there is no saving them.

There’s no point in debating with them. There’s no point in trying to talk logic to them. These are people that need to be ignored because their political viewpoints will never change no matter the evidence, no matter the crime, and it’s time for us to simply move on past them and work with people who do understand reality and who want a better country, because clearly those 80% of republicans don’t want anything better than what they’ve already got.