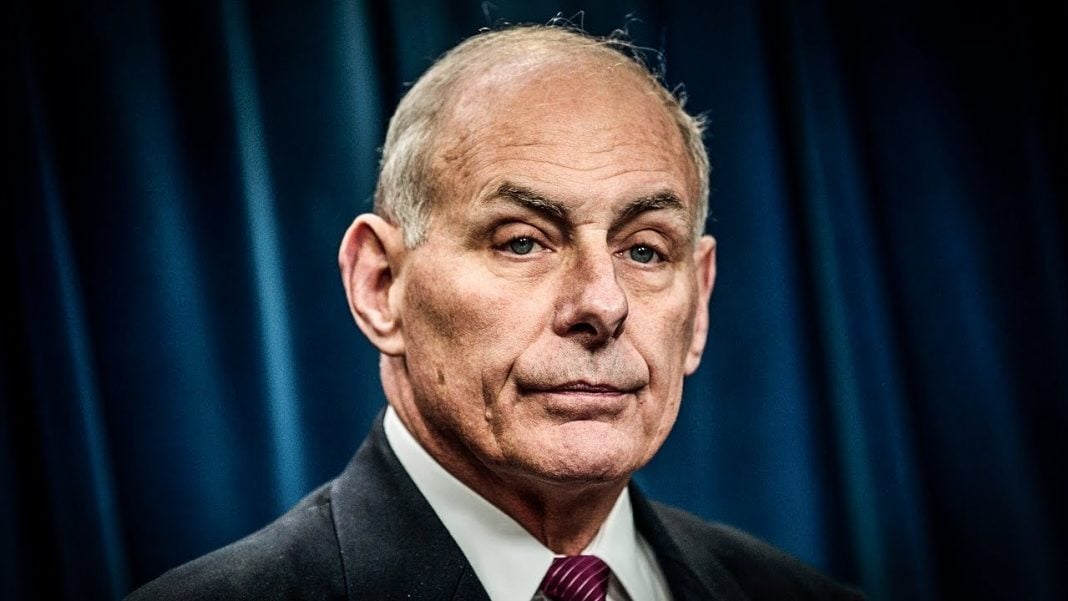 John Kelly, Donald Trump’s chief of staff and the alleged “voice of reason” in the Trump administration, told Laura Ingraham on Fox News that the entire Civil War could have been avoided if both sides had just learned to compromise with one another. Not only does Kelly clearly not understand American history, but he’s downplaying the racism that was happening in the American South at the time of the Civil War – a streak of racism that is prevalent in today’s Republican Party. Ring of Fire’s Farron Cousins explains.

There are some people in this country that do not believe for some reason that the Trump Administration is inherently racist. To those people I would like to point to an interview that Donald Trump’s Chief of Staff John Kelly gave earlier this week to Fox News’ Laura Ingraham. During the interview, John Kelly, you know, military man, actually praised Confederate leader Robert E. Lee, and then the even more disgusting part was that he went on to say that the Civil War in the United States could’ve been totally avoided if both sides would’ve just compromised a little bit. This guy, decorated military veteran, says we could’ve avoided the Civil War if both sides would’ve just compromised.

What kind of compromise are you talking about here, General Kelly? Like maybe a three-fifths compromise? Something like that, where we don’t really count black people as people, they’re just a fraction of a person, and then maybe the North would be cool with that? Yeah, because we already tried that back in the days when this country was ass backwards. The Civil War wasn’t about a lack of compromise. No matter what Republicans want to tell you, the Civil War was about slavery. That is what almost all of those arguments were about. South wanted slaves, the North said, “You know what? We’re going to maybe try to start treating people a little bit more like people.” They didn’t give them all their freedoms yet. Hell, I mean, today look at the way things are. We still haven’t treated them as equals, but at least the North thought, “You know what? Maybe people shouldn’t own other human beings.”

You can’t compromise in that situation, you idiot. Now, I thought General Kelly was supposed to come into the Trump Administration and somehow be the voice of reason, because for a while it almost seemed like he was, like when Donald Trump gave his embarrassing speech at the UN and you look over and see General Kelly with his head in his hand because he’s so damn embarrassed. Well, guess what, General Kelly? This interview that you gave with Laura Ingraham, that was America’s head in the hand moment. You just exposed the massive ingrained racism that exists not only within the Trump Administration, but within the Republican Party themselves. If anybody out there still has a question as to whether or not they think this Trump Administration or even the Republican Party is racist, go watch that Laura Ingraham interview with John Kelly, and that’s going to put all of your questions to rest.