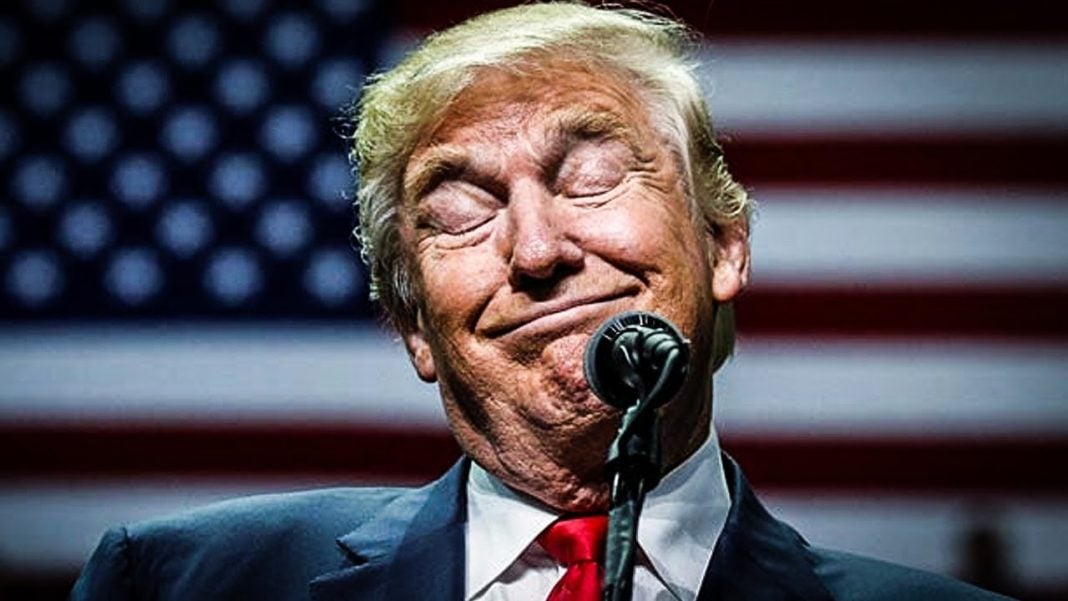 During a recent interview on Fox News, Donald Trump responded to a question about his lack of a full cabinet by saying that he is the only one in the administration that matters. This wasn’t just a statement about his administration – that’s a statement on how the man has lived his entire life. He is a selfish jackass and nothing will ever change that. Ring of Fire’s Farron Cousins explains.

On Thursday evening, an interview that Donald Trump gave with new FOX News host, Laura Ingram, he explained exactly why it doesn’t matter that he hasn’t filled most of the positions within the state department as well as other cabinet positions throughout the federal government. Take a look.

There’s a concern that the state department currently is undermining your agenda.

We don’t need all the people that they want. I’m a businessperson and I tell my people, “Well you don’t need to fill slots, don’t fill them.” We have some people that I’m not happy with there-

But Assistant to the Secretary of State. You’re not getting rid of that position.

That statement by Donald Trump there reveals a whole hell of a lot not just about his presidency, but about his entire life. “I’m the only one that matters.” Think about that. That’s not Donald Trump just talking about the federal government. That’s him talking about the way he views the world. “I’m the only one that matters.” First and foremost, in terms of the government itself, you’ve done a pretty horrible job running it. Yeah, the more people you could appoint to these positions, the better because clearly you can’t handle it. Even some of the best presidents throughout United States history would not be able to do every single thing on their own. They need other people. There simply are not enough hours in the day even for a competent person to get it all done.

That’s why we have the separate departments with people heading them who should be competent enough to help this country continue functioning. Now you’ve either left them understaffed or put them under the administration, under the leadership of somebody who has no idea what they’re doing, so yes, everything is falling apart. The big takeaway from this, from Donald Trump’s interview from a statement itself is that he doesn’t care about anybody else. He doesn’t think that anyone else in this world really can match up to him. It doesn’t matter who’s here, who’s there, who’s not because Donald Trump is the best there is at everything there is. Nobody can ever live up to his expectations or fill his shoes, so all we need to do as Americans is sit back and not worry because Donald Trump has it well under his control.

Well we’ve seen so far what almost 11 months of your rule do to the country and I don’t think there’s really anybody, even your most ardent supporters, who are out there saying, “You know what? It’s okay. Donald Trump has this under control and he’s the only one that matters.”