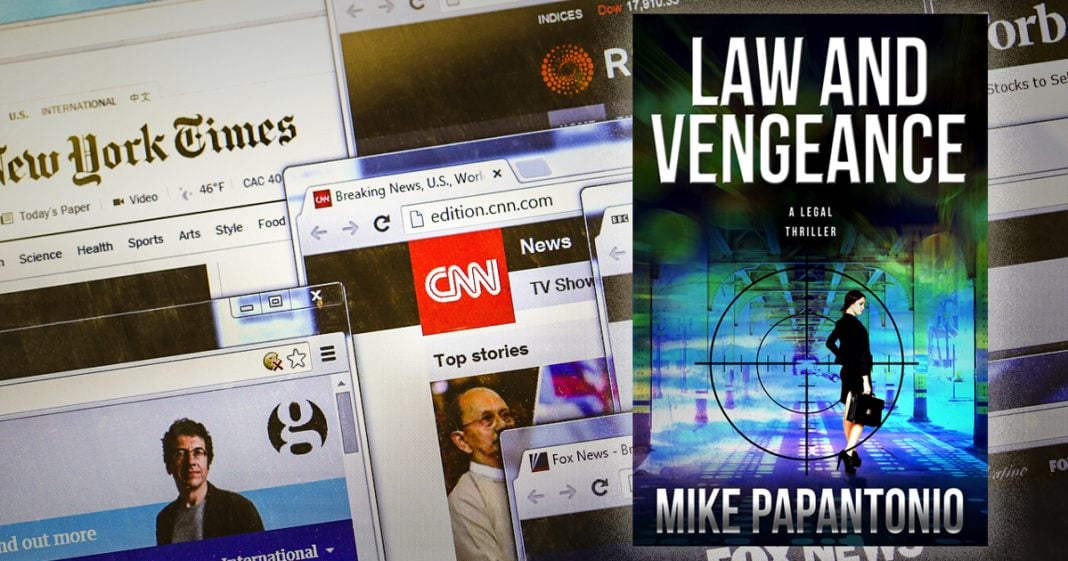 Mike Papantonio’s books tell stories that will never be told by corporate media because giant advertisers order them not to. Mike Papantonio’s second novel in his legal thriller series hits bookstores on September 26th!

I think it’s important, a lot of times, to be able to put down on paper what is easily forgotten. You come through a trial and you say, ‘Well, I got a great result. I cleaned up this river. I got this pharmaceutical off the market. I exposed a Wall Street thug who’s stealing from mom and pop pension programs. I’ve done these things.’ When we do that every day, it becomes such a norm and you feel, ‘Okay, that’s my job,’ but then you understand and you tell a story to somebody about any one of these cases and they’re jaw drops. I saw it so many jaws drop over the years that I said, “Well, gee, this seems to … Let’s put this into a story. Let’s put it into a fiction story, dress it up a little bit, maybe kill off a few that in real life weren’t killed off, and make it. Nevertheless, tell the story.”

And so, what I always try to do is find the time to do that. I’m able to write late at night, early in the morning. I’ve got great editors that work with me. They have been helpful in directing me in the ways that I need to be directed as I write. It’s really been a process that allows me to tell stories that unfortunately will never be told because corporate media can’t tell these stories. It’s very difficult for corporate media to tell many of these stories when you have a product that’s produced by a major pharmaceutical manufacturer and that manufacturer may be an advertiser for your corporate entity. It’s very difficult.

We, matter of fact, handled the … we actually were involved very beginning of the tobacco litigation. Early on, we saw the corporate media unable to tell the story about what the tobacco industry knew about the dangers of cancer and heart disease and smoking because they had such a huge part of the revenue coming in from advertisers. These aren’t stories that you’re going to turn on the nightly news and hear about because they can’t tell them. They’re not permitted to. They’re MBA managers say, ‘Well, are you nuts? We’re getting paid $10 million a year from this manufacturer. You really going to tell a story that makes them look bad?’ Well, I don’t have that limitation. I don’t have that problem in telling these stories.