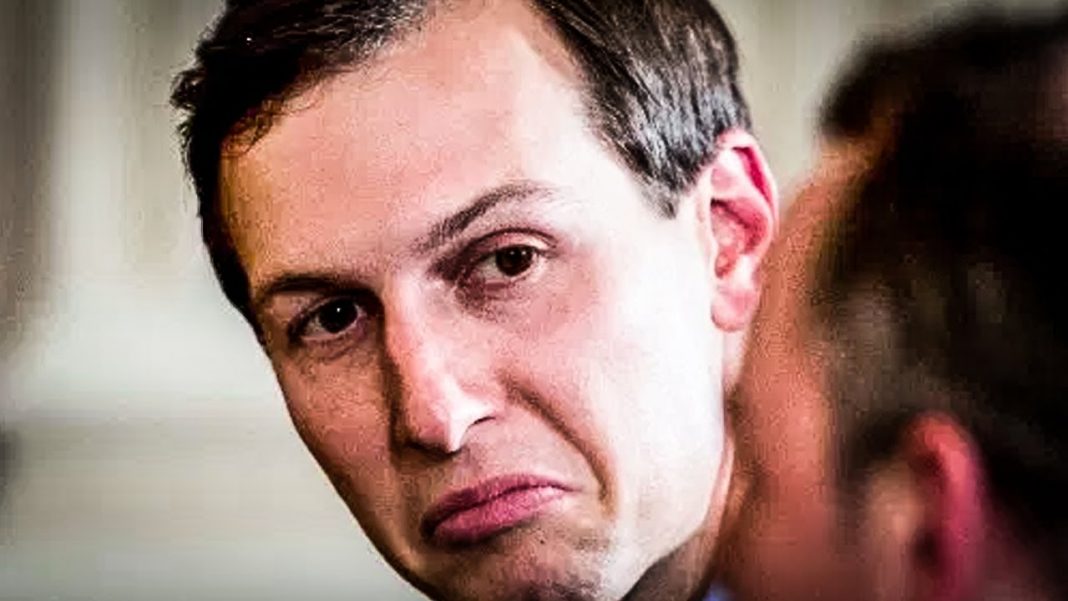 According to reports, Robert Mueller’s investigation is closing in on Jared Kushner for his role in firing former FBI director James Comey. If true, Kushner could be looking at very serious obstruction of justice charges, but any charges brought against Trump’s son-in-law would likely be brought in an attempt to get him to roll on other members of the Trump family, as Ring of Fire’s Farron Cousins explains.

It’s looking more and more likely that the very next indictment coming down from Bob Mueller, the special prosecutor looking into the Trump campaign and Trump administration, that next indictment is probably going to be handed to Jared Kushner, Donald Trump’s son-in-law and the husband of Ivanka trump. It’s being reported that Robert Mueller is now zeroing in on Jared Kushner, specifically for his role in the decision to fire James Comey, the former FBI director who refused to give Donald trump a loyalty oath and make the Russia investigation go away.

If Mueller is in fact looking at indicting Kushner, it would be for an obstruction of justice charge, because the firing of James Comey was very clearly an attempt to make the Russia investigation go away. If Kushner’s the one who pulled the trigger on that, or made the administration pull the trigger on that, that would be obstruction of justice. But, there is another side to this story, and this is something I’ve talked about in the past. He’s not just going after Kushner because he committed a crime. He’s going after Kushner because he committed a crime and because he is most likely to roll on other members of the Trump administration.

We’ve seen in recent days, Trump, Gorka, Bannon, everybody else in the administration is coming out, blaming Jared Kushner for all of the horrible things that are happening right now within the Trump administration. Knowing that everybody hates you, knowing that everybody is trying to throw you under the bus gives Kushner a little more chance, a little more probability, I guess, of rolling on everyone else so that he’s to the fall guy for everyone else’s crimes. If Mueller decides to indict Kushner, Kushner is exactly the type of weaselly little character that absolutely will rat out everyone else.

Besides, Kushner was there. Kushner was always present at every single one of these specific little meetings that has now come under scrutiny by the special investigator. The meeting with Sessions, where he knew about the Russian meetings and then lied about it later on. The meeting between Don Junior and that Russian lawyer, where they allegedly talked about adoption, but in fact they actually talked about getting dirt on Hillary Clinton. Kushner was there. He is the guy who does know everything, so he is a perfect target for Bob Mueller at this point, because he can give Mueller all of the evidence, all of the information that he needs to continue with these indictments further down the line.

We do know, just a few days ago Kushner actually had to turn over notes that he had about the firing of James Comey. It’s very likely that at this point, that next indictment, whenever it comes down, maybe it’s a week from now, maybe it’s a month from now, but my bet is that that indictment is going to be handed personally to Jared Kushner.