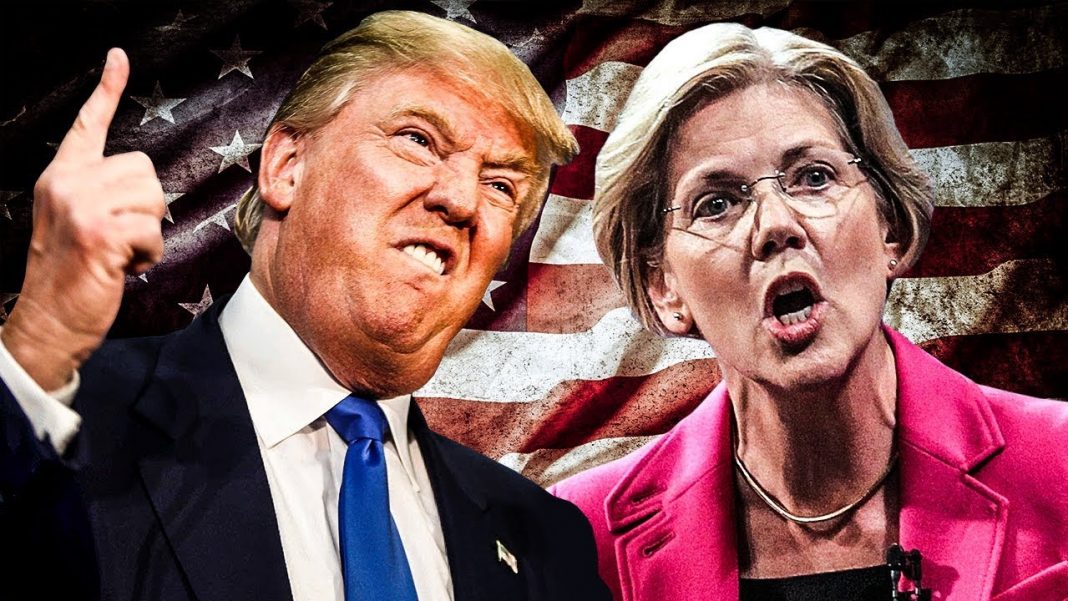 If you need any further evidence that Donald Trump is unfit to be President, take a look at his constant use of racial slurs against Senator Elizabeth Warren. On Friday morning, Trump once again referred to Warren as “Pocahontas”, a reference to her Native American heritage. The term may seem innocuous enough, but it is in fact meant in a racist way. Ring of Fire’s Farron Cousins discusses this.

Anyone who thinks that Donald Trump is not a racist human being is an absolute idiot. Sorry to be so blunt with that but that’s pretty much the way the world operates right now. Yesterday, in response to the fact that Elizabeth Warren admitted that, yes, she now believes the DNC did rig the primary system against Bernie Sanders, Donald Trump tweeted out the following, “Pocahontas just stated that the Democrats led by legendary crooked Hillary Clinton rigged the primaries. Let’s go, FBI and Justice Department.”

Prior to his election, Donald Trump frequently referred to Elizabeth Warren as Pocahontas on Twitter, a reference to Elizabeth Warren’s Native American heritage. It also happens to be a racial slur. Now, it may seem innocuous just calling somebody Pocahontas. Hell, there’s a Disney movie named Pocahontas. That word in and of itself is not a racial slur. But when you use it when referring to someone’s heritage, then, yes, it becomes a racial slur. It’s like referring to every Hispanic person you see as Jose. That is a racial slur and that is exactly what the president of the United States is doing to a sitting female US senator on Twitter right now.

Is this what we’ve become as a country? Is this what we think is acceptable for the president to use these kinds of slurs against the senator? Hell, against anyone. It doesn’t matter if they’re male, or female, or a senator, or an average citizen. We should demand more from the president of the United States. These statements have to stop and the people supporting this man have to wake up and understand that you are supporting a racist. He may not even realize he’s racist because I understand he is dumb as a freaking rock. Maybe he doesn’t quite get it but that doesn’t excuse that kind of behavior from the president of the United States. Would you let your children speak like that to somebody? Would you think it’s okay if you heard your neighbors or your buddies saying that to somebody? I think most people would say, “Absolutely not. I would pull them aside and say, ‘You don’t say that to someone.'” Why would we accept any less from the president of the United States? He is a national embarrassment to this country as is anyone who continues to support him.