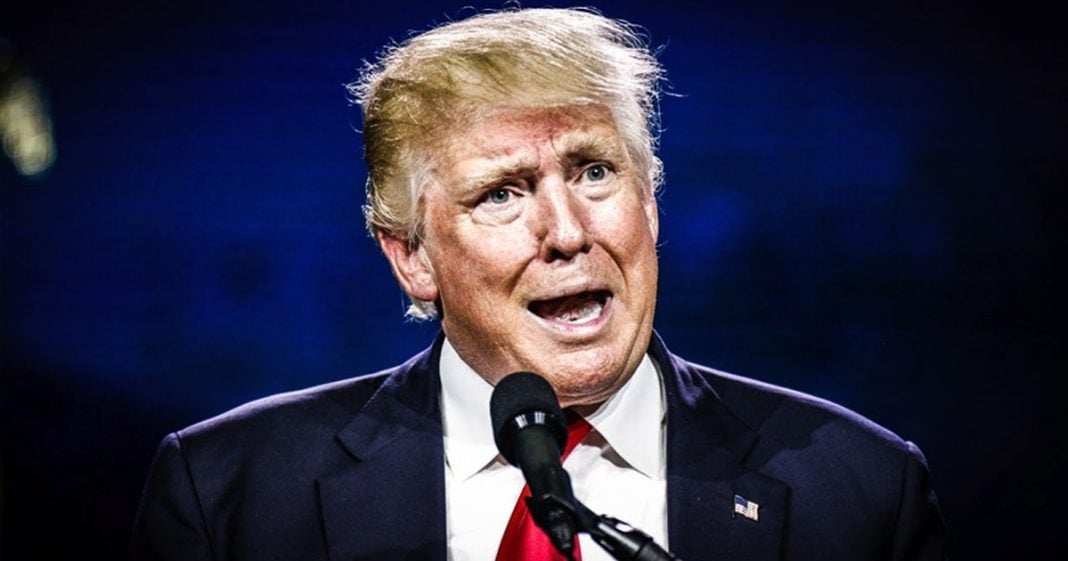 George Papadopoulos, the indicted volunteer foreign policy adviser from the Trump campaign, has told investigators that the meeting he set up with Russians during the 2016 campaign was approved by members of the Trump campaign. Emails obtained by investigators back up these claims. Meanwhile, diehard Trump fans are still trying to say that there was no collusion, but the evidence seems to be pointing to some pretty clear cut collusion as Ring of Fire’s Farron Cousins explains.

One of the biggest talking points that’s emerged from conservative media and the Trump White House itself ever since Monday’s indictments of Paul Manafort and Richard Gates, is that there’s no collusion whatsoever in any of the charges that were filed against these men. And while that is technically true about Manafort and Gates, Republicans seem to be conveniently overlooking the fact that George Papadopoulos, a former volunteer foreign policy advisor for Donald Trump’s campaign, did plead guilty to crimes earlier this month after he was indicted back at the end of July.

So, yeah, according to what we know from Papadopoulos what he has told investigators is that he was attempting to set up a meeting with representatives of Vladimir Putin in Russia. That’s why he went down, and yes, that would be by definition at least attempted collusion on the part of Papadopoulos, but the story goes even deeper than that.

Not only did Papadopoulos come out there and try to do this … A guy who Donald Trump now calls a liar but six months ago said he was a great guy, and now the White House is trying to say that they’ve never even heard of him. Papadopoulos got approval for this meeting to go overseas by top officials within the Trump campaign.

Now, so far, in the Bob Mueller, they have not released the names of those high ranking Donald Trump campaign officials who approved this meeting and told him to go for it, but that would indicate that, yes, the campaign knew about it, understood what was happening, and said, “Hey, we’re all for it. Why don’t you go get a plane ticket and go over and make it happen, Buddy.”

That wasn’t the action of a young 29-year-old acting on his own. It wasn’t the actions of a kid just trying to get ahead. It was a coordinated effort by the campaign that had approval from top members of that campaign. Again, the investigators have not released the names of those officials named in those Papadopoulos emails, but the emails themselves that have been released seem to basically corroborate Papadopoulos’ story that high ranking officials in the Trump campaign approved this meeting with the Russians.

So, the question at this point is why are Republicans and even some people on the left trying to tell us that the collusion story isn’t real? It is real. The guy involved in it says it happened. The investigators who arrested him said it happened, and his plea deal said that it happened.

Now, whether or not that means the Russians actually did influence the US election, that remains to be seen, but that’s not what’s on trial here at this point. What is on trial or what will be on trial are members of the Trump campaign for potential collusion with Russia to subvert US democracy and help Donald Trump win the White House. That is not speculation or hyperbole. That is a fact.