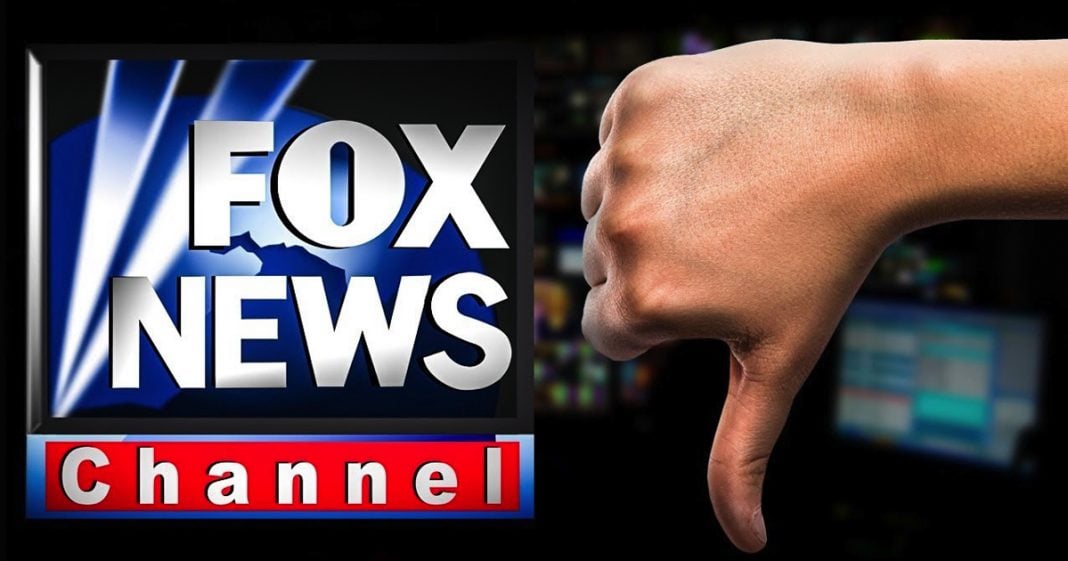 Several Fox News employees recently gave interviews to CNN reporters, where they expressed their shame and embarrassment over their network’s coverage of both the Trump Administration and the ongoing investigations into the administration. Fox employees are afraid that their bosses are pursuing short-term political gains at the expense of their credibility, which is exactly what is happening. Ring of Fire’s Farron Cousins discusses this.

During a recent interview with CNN’s Oliver Darcy, several employees at Fox News expressed their disgust and embarrassment over how that network is handling the Trump administration in general and, more specifically, the ongoing collusion investigation happening within the Trump campaign and Trump administration. Employees say that they were embarrassed by how this network is covering the indictments of Manafort and Gates and the plea deal by Papadopoulos by attempting to somehow switch the narrative and say that it’s actually bad news for Democrats and it doesn’t affect Republicans whatsoever. One Fox News was reported as saying, “I want to quit. I’m watching now and screaming.” This was in response to how the network was, again, covering these indictments that came down on Monday.

Why are employees having this kind of reaction? Well, according to them, it’s because the network has become an extension of the Trump White House and they are sacrificing short-term political gain for all of their credibility. They are going for the games, going for the political games, trying to keep Donald Trump as their friend, while sacrificing their own credibility, losing respected journalists, being declined interviews by respected journalists, according to these employees, just so that they stay on Donald Trump’s good side and it doesn’t matter if what they’re saying is completely untrue.

This story here is actually far more important than it may seem. It’s not just a few disgruntled people who want to quit, who hate their jobs, who hate going in everyday. It’s about essentially at this point a state sponsored media outlet that is doing whatever it can to lie on behalf of Trump and to promote Donald Trump and to demonize the Democratic party. That should not be accepted in the United States today. Fox News is causing irreparable damage not only to the intelligence of American voters, but to the political views of an entire generation.