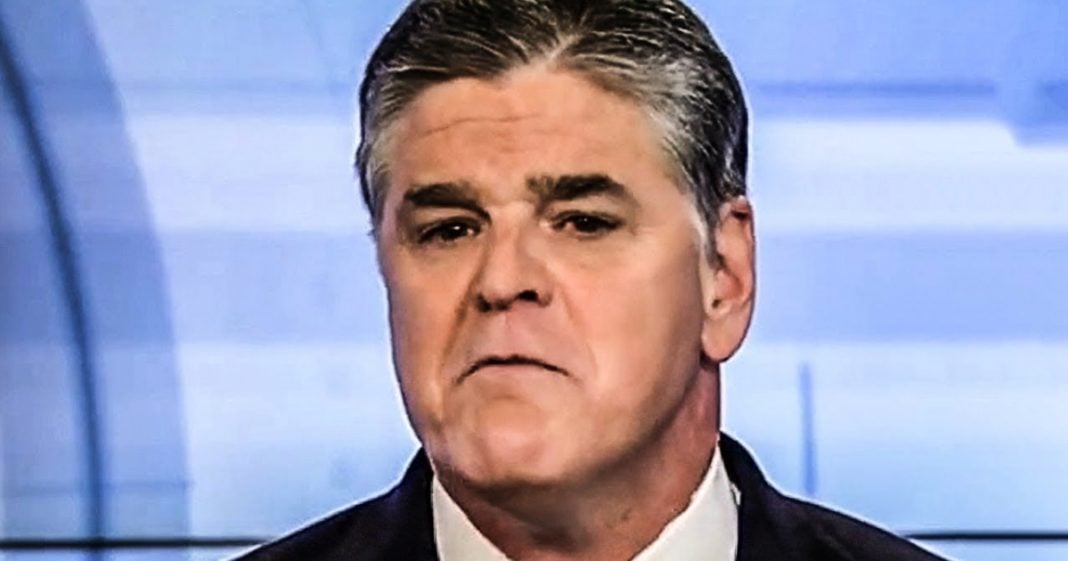 Sean Hannity is so angry that he can’t see straight, or at least read a Teleprompter correctly. On Monday evening’s show, he went on an unhinged rant about the Mueller indictments where he referred to Hillary as “President Clinton.” Perhaps he’s wishing for a better administration? Ring of Fire’s Farron Cousins discusses this.

Since the beginning of the Trump administration, Sean Hannity over at Fox News has been one of Donald Trump’s closest allies. In fact, he even went to the White House a few months ago for a private dinner with Trump and Anthony Scaramucci back during the very short time that Scaramucci was a part of the White House.

And so, Sean Hannity on Monday night, after the indictments were announced against Paul Manafort and Richard Gates, came to the president’s defense by going out there and talking about all of the horrible things that the Clinton administration has done. Take a look and you’ll see what I mean.

Sean Hannity: No Trump collusion. Here’s what we do have tonight. This is what the media will ignore. This is what matters. These are the facts. This is where the evidence comes in. What did President Clinton, or President Clinton wannabe, President Obama, and key members of the administration, what did they know about the Iranian One scandal? Now we’re learning about-

Because in the minds of the folks at Fox News, Hillary Clinton is president. She is always going to be their number one bogeyman. And my best guess here is that they came up with a lot of talking points about how bad Hillary Clinton is and how bad the Democrats are during the presidential campaign ’cause they never thought Trump was going to win. So they compile all of this opposition research, all these talking points to use during the Clinton administration that never came to fruition because Donald Trump ended up winning the electoral college vote.

But the folks at Fox News aren’t wasteful, so they’re still going to use those talking points, even thought Hillary Clinton is not the president. Sean Hannity last night exposed exactly what Republicans, specifically those in conservative media, are trying to do right now, deflect, deflect, deflect, point to these possibly phony scandals among the Democratic party, so that people forget the fact that Republicans are literally being arrested for being so damn corrupt.