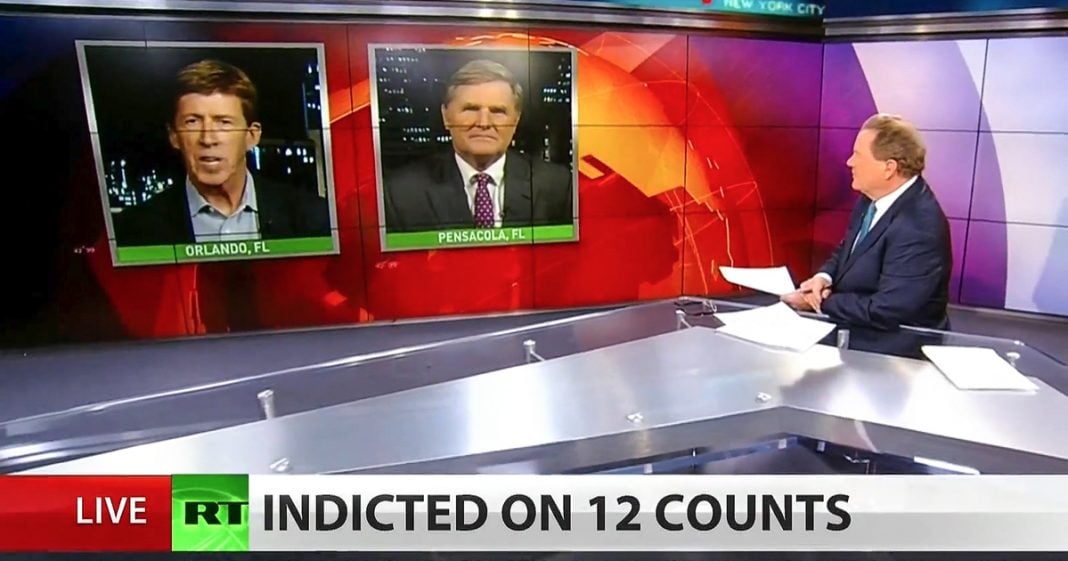 Via RT America: Former Trump campaign manager Paul Manafort is under house arrest, having been indicted on numerous counts relating to lobbying for Ukraine in the US and related crimes between 2006 and 2016. Is Trump in legal jeopardy? Mike Papantonio, host of “America’s Lawyer,” and attorney Mark O’Mara join “News with Ed” to weigh in. They also discuss Fusion GPS and the “politically tainted” origins of the Trump-Russia dossier.