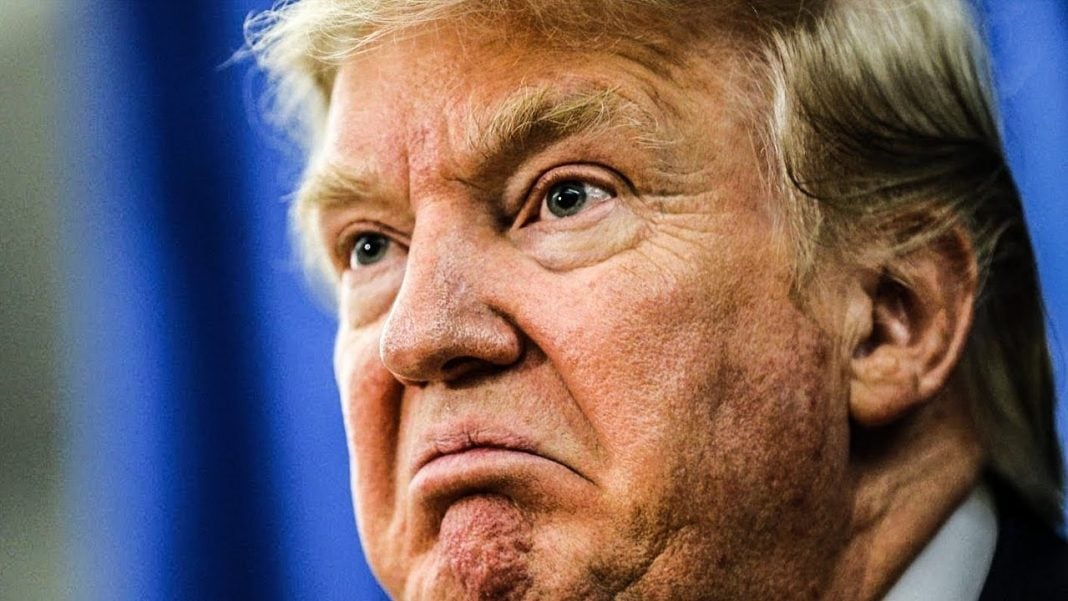 Donald Trump went off the deep end this past weekend, Tweeting out nonsensical lies about Obama, Hillary Clinton, Obamacare, and the media. He was terrified because of the news that broke Friday about indictments coming for members of his campaign, and he did everything possible to distract the public from what was happening in the world. Ring of Fire’s Farron Cousins discusses this.

Donald Trump going on insane Twitter rants is nothing that we’re not used to as a country at this point, but on Friday, when it was announced that sealed indictments had been delivered in the Bob Mueller special prosecutor probe, Donald Trump went off the deep end and decided to start tweeting out absolutely nonsense to his millions of followers here in the United States, and he did it all as a distraction method to try to make the public forget about the fact that some of his buddies would be going to prison on Monday, or at least not going to prison, but being arrested on Monday.

Donald Trump stats tweeting out stuff about how Obamacare’s failing and the Democrats owned this, even though he has literally admitted to sabotaging the program, and that’s why things are starting to get bad with it. Prior to that, things were actually going quite well with it. He’s talking about Barack Obama, and Hillary Clinton, and some kind of crazy uranium deal, as if that’s anything that anyone cares about or anything that could potentially be skewed as illegal, and he’s still out there talking about the Fusion GPS Dossier funding, again, saying that Hillary Clinton and Barack Obama I guess should be in jail for funding opposition research, which is literally something that every single campaign does. As long as they hired a domestic company, excuse me, which they did, there’s nothing illegal or even unethical about any of that.

Nonetheless, Hillary Clinton has become a massive distraction effort by the Republican Party, because that is the only enemy that they still have to run against. At this point, any Democrat who’s out there still praising Hillary Clinton, still bringing her up and making her news, is helping the Trump administration. They’re helping by showing that, look, Democrats still care about Hillary, so we need to keep attacking her. See them? They’re going to run her again in 2020. Democrats are causing as much damage to their own brand right now as Republicans are trying to inflict, and they don’t even understand that they’re feeding into it.

Trump is going to use whatever he can to try and distract the American public from the fact that members of his campaign went to jail today. Hillary Clinton was not involved in that. Hillary Clinton needs to go away and disappear, and she’s not even the one bringing herself up at this point. It’s Donald Trump and the establishment Democrats. The rest of us are trying to focus on what the hell is happening in this country day to day, and now you’ve put me in the unfortunate position of having to come out and actually defend Hillary Clinton, which is actually starting to just piss me off even more. Hillary Clinton doesn’t matter. Hillary Clinton hasn’t done anything illegal. She’s not running for president again in 2020. It’s done. It’s buried. It’s over. Move on.

Members of the Trump administration committed crimes, and one of those alleged crimes is conspiracy against the Unite States. That’s what we should be talking about. Don’t fall for Donald Trump’s distractions. Don’t fall for the establishment Democrat’s insistence that Hillary Clinton is a queen. We have to focus on what’s actually real. In order to do that, we have to shut out the establishment, and we have to shut out Trump, wade through the river of bullshit to find out what’s actually real.