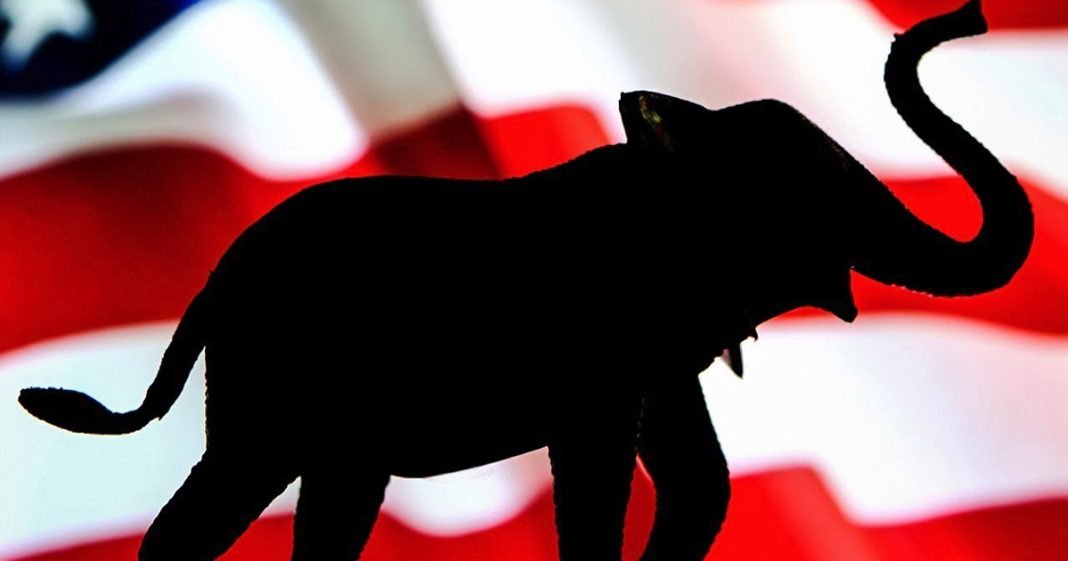 The Republican budget that was passed late last week is a death sentence for low income American citizens. The budget will cut roughly one trillion dollars from Medicaid and Medicare programs, leaving the needy with fewer remedies for their healthcare woes. These cuts were put in place to offset the cost of tax cuts to the wealthy, as Ring of Fire’s Farron Cousins explains.

I’ve said in the past that Republican policies are designed to get American people, American citizens killed so that corporations and the wealthy elite can make a little bit more money. And, last week when the Republicans passed their budget that includes almost a trillion dollars in cuts to Medicare and Medicaid in order to give one and a half trillion dollars worth of tax cuts to the wealthy elite, they absolutely proved my point. The budget that was passed last week, again, one and a half trillion dollars going back to the wealthy elite, back to corporations, going to repeal the estate tax, lower their tax rates and all that nonsense and they’re going to pay for it by cutting healthcare programs for the elderly and for low-income Americans. As we all know, what happens when you cut healthcare programs for people in the United States? People die.

When a healthcare program is not properly funded and people are no longer able to go to the doctor when they’re sick or go get medication that keeps them alive like for diabetes, or asthma, or even allergies, if they can’t get that medication or go to the doctor because that program does not have the funding to provide for that anymore, they will die. It’s not hyperbole. That is what happens. Ask somebody with diabetes what happens if they don’t get their medication. Ask somebody suffering from an asthma attack what happens if they don’t get their inhaler. Ask somebody with a nut allergy or a bee allergy what happens if they have a reaction and they don’t have their EpiPen because they all know what happens. They die. Yet, that is what Republicans in this country are willing to do that they’ve told us is perfectly okay because they want to give more money to the people who fund their campaigns. That is all this is about. That is what this is about.

These tax cuts for the wealthy elite and for corporations are only happening because these Republicans think that the corporations, the wealthy, that they’re going to turn around and parlay that money right back into a Republican campaign. That’s why they’re sentencing people in this country to die. The Republican party is acting as one big, giant death panel as Sarah Palin would say. By telling American citizens we’re not going to fund your healthcare program anymore. We know you can’t afford it on your own but we’re not going to bail you out. We’re going to bail out corporations. We’re going to bail out billionaires because for some reason those guys need a little bit more money and you struggling person working two jobs trying to keep food on the table for your family, we’re going to take everything we can away from you because you don’t give shit to our campaigns. That’s what they’re telling the American public. They may not be saying it in those words but that’s what they mean. That’s what the Republican party stands for and at this point that’s what anyone who supports the Republican party stands for.