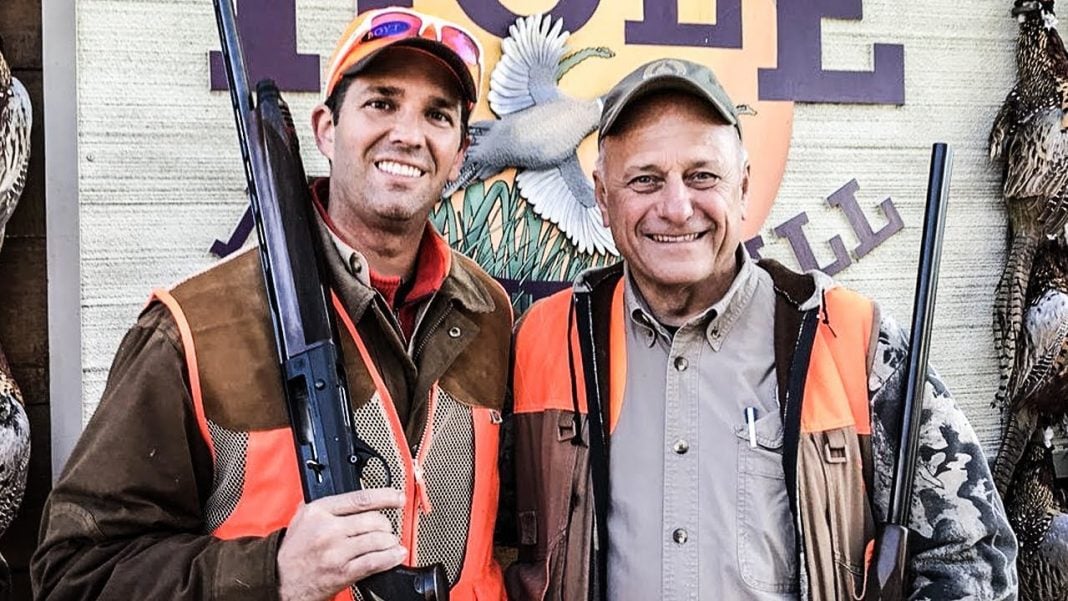 Republican Representative Steve King made the typo of the year this past weekend when he Tweeted a picture of himself and Donald Trump, Jr. on a “PEASANT HUNT.” While the Congressman obviously meant “pheasant hunt”, that didn’t stop the online world from openly mocking both his intentions as a Congressman to destroy the working class and also his complete cluelessness as to how spellcheck works. Ring of Fire’s Farron Cousins discusses this.

In what might be one of the most honest typos ever given to us on Twitter, Republican representative Steve King, this past weekend, tweeted out a photo of himself and Donald Trump Jr., saying they were at a peasant hunt. Now, obviously, and it’s very obvious from the picture that he meant to say they were at a pheasant hunt. They were out hunting pheasant. But instead, Steve King, who clearly has no idea how spell check works, accidentally let it slip that he and Trump Jr. were out hunting peasants.

I don’t know if you would consider that a typo. To me, that seems more like a Freudian slip. Why? Because when you actually look at the policies of the Republican Party, it actually does start to feel like these people are on a peasant hunt. I mean, they’re screwing over the needy in this country, but cutting Medicare, cutting Medicaid, cutting Social Security disability, cutting after school programs for needy children, just so that they can give a tax break to the wealthy elite. That is a peasant hunt.

The entire Republican party, at this point, is engaging in a peasant hunt, here in the United States. And I know it seems silly to just be talking about some dude’s typo on Twitter, but it really does speak volumes about what’s happening right now within the Republican party. At least in the past, they tried to disguise their hatred of the poor and the working class in the United States. But today, they’re not even trying to hide it anymore. They’re flat out telling us, “We’re trying to cut programs for the poor, to give money to the rich.” They’re saying that. That’s their policy. They’re done hiding it. They’re done using the code language, and they’re just flat out, basically saying, “You know what? Let’s all, as one big Republican party, go on a massive peasant hunt, here in the United States.”