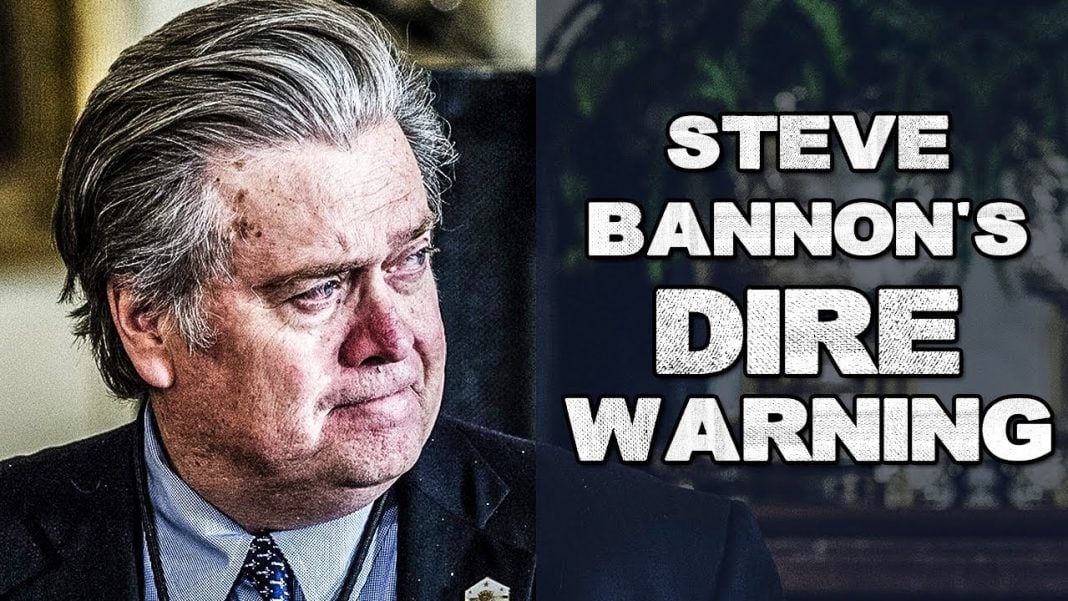 Steve Bannon and his crew at Breitbart are taking over the Republican Party, and they want everyone to know it. When Republican Senator Jeff Flake announced that he would not seek re-election due to Trump, Bannon and his team declared a victory and warned that the same fate will be waiting for every Republican who opposes Donald Trump. Ring of Fire’s Farron Cousins explains how Bannon and Trump’s arrogance will destroy the GOP once and for all.

“Our movement will defeat you or force you to retire.” That is what Steve Bannon has said to establishment Republicans in the United States who refuse to fall in lockstep behind Donald Trump.

In recent months, Steve Bannon, who is now at Breitbart, has once again declared war on the Republican party as we know it. He wants to get rid of any Republican who dares question Donald Trump and replace them with his own hand-picked alt right, super racist candidate instead.

A few months ago, Bannon declared this, this was shortly after he left the White House, a season of war. Those were his words, season of war and the war that he’s launching is against his own party. You see, Steve Bannon and Donald Trump are tried. Sick and tired of these Republican senators, Republican representatives coming out and saying, “Wow, Donald Trump seems a little unhinged. Donald Trump may have some kind of mental problems that we need to take seriously. Donald Trump is out there saying hurtful, harmful things and I’m not going to support that.”

Now, keep in mind, almost 100% of the time, these same people who denounce Donald Trump, McCain, Corker, Flake, not only did some of them campaign for Donald Trump, but almost everyone of them has voted for almost every single thing that Donald Trump has proposed or person that he has appointed to run the federal government, so there really is no descent among the ranks, there’s just a few people who occasionally grow a conscience for an hour or two and they go out in public and say, “Wow, Donald Trump’s saying some hurtful things, now if you’ll excuse me, I have to go vote for everything he wants us to do.”

I’m not exactly sure what Steve Bannon’s goal here is with trying to purge these people from the Republican party because aside from saying bad things about Donald Trump every once in a while, they still seem to support every single thing he does because like I’ve said plenty of times, there’s no difference between the policies of Donald Trump and every other Republican in this country.

Instead, what I think is happening here with Steve Bannon is that he wants to replace some of these not so racist Republicans in the House and Senate with people who are clearly much more racist and put them in the House and the Senate. That has to be the only goal of Steve Bannon because one of things he’s so pissed off about is the fact that some of these Republicans in DC will not support Donald Trump’s border wall to show the world just how racist we are as a country.

That’s what Steve Bannon is doing. When he talks about the establishment Republicans, he’s saying the ones who are not overtly racist enough and he’s going to find somebody that hates people with darker skin colors so that he can replace them in the primaries. That is what is happening to the Republican party today. Donald Trump is more than happy to let that happen. Steve Bannon is engineering it and all the Republican voters in this country are getting hoodwinked, not realizing that their party is slowly being taken over by white supremacists like Steve Bannon.