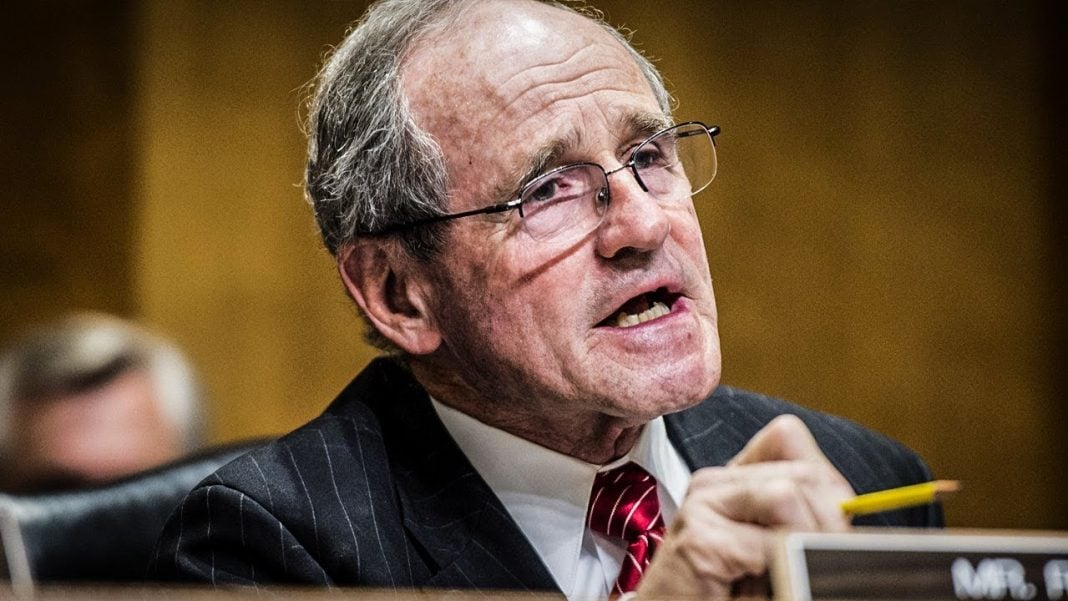 Republican Senator Jim Risch from Idaho has decided to take a different route than his colleagues like Bob Corker and Jeff Flake, and he recently told CNN’s Wolf Blitzer that calling out Trump on his lies was not his job, and instead, suggested that the duty fell on the media to keep him accountable. The only problem is that Republicans call the media “fake news” any time they point out Trump’s lies, so we get stuck in an endless loop. Ring of Fire’s Farron Cousins explains.

A very interesting thing happened earlier this week when CNN’s Wolf Blitzer interviewed Republican Senator Jim Risch from Idaho, where he asked Risch if, like his fellow senators, Flake and Corker, he would start calling out the President’s lies, and, more importantly, do you feel that it is your job to call out the President’s lies as a sitting senator and a member of the Republican party? Risch replied, “No. It’s not my job.”

We have a Republican senator who is essentially admitting that, yeah, Donald Trump lies, but that it’s not his place to go out there and tell the public. In fact, Risch then told Wolf Blitzer, that’s your job. It’s your job, Wolf Blitzer, and CNN, and the corporate media to call out the lies of the President.

Well, guess what, Mr. Risch? They are. Every time they do, you and your party and everyone else in the Trump administration calls them fake news. So, don’t sit there and act like you’ve got some kind of high ground and that the media needs to be calling out Trump’s lies, because they are. Every time they do it, Donald Trump gets pissy, says they’re fake news, and gets his Twitter followers to all say, yes, screw CNN. Let’s tweet out a gift of you beating the crap out of them. That’s not how it works, Mr. Risch. It is your job as a senator, as a representative of American citizens, to call out the President on his lies.

Now, Risch went further and explained that if he decided to go out there and refute all the lies from the President, and all the lies from his colleagues, and all the lies from senators back in his … Or elected officials back in his home state of Idaho, it would be a full-time job. He’d have to do it all day long. Okay, so do it all day long. You’re not doing anything else constructive anyway. You’re trying to pass legislation to cut Medicare and Medicaid. Why not use that time instead to explain all of the lies being told by members of your own party, who you just admitted we’re lying to the public at an astonishing rate?

It is your job. People elected you to protect them. I think protecting them from the lies of Donald Trump and the lies of the Republican party should be at the very top of your list. Forget about screwing over consumers with your tax cuts and your Medicaid cuts, how about you let them know every time the President lies to them or members of the Republican party are lying to them? That seems like a much more fulfilling full-time job that I think you could, with a little practice, be very good at.