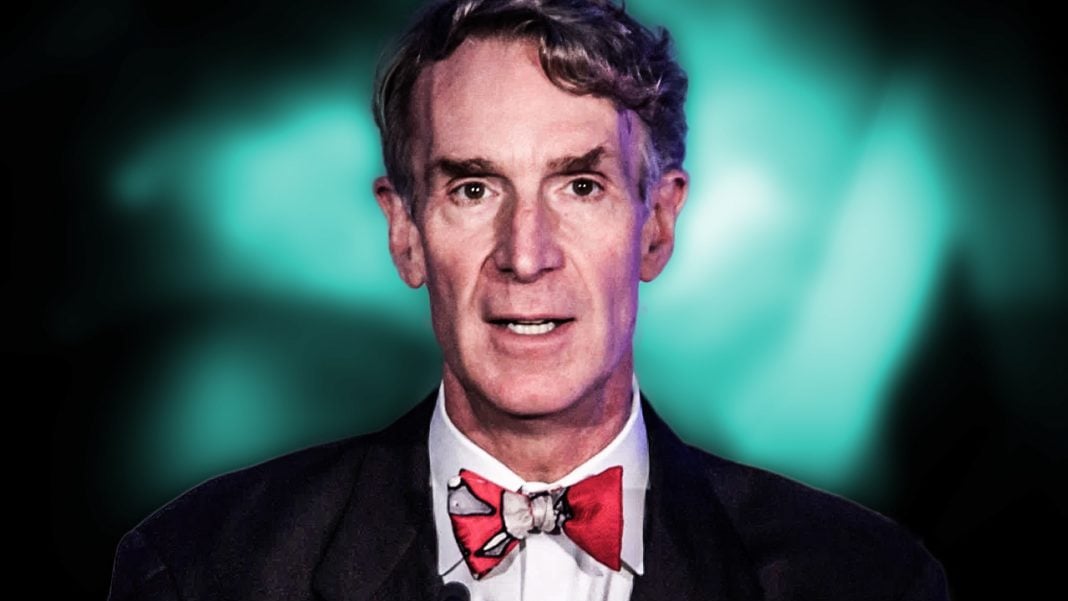 Donald Trump has proven to be one of the most anti-science Presidents in a generation, with his Republican Party declaring war on evolution, climate change, and women’s health issues. But science educator and commentator Bill Nye believes that science will survive and obviously outlive the Trump administration. The only question that remains is whether we will have time to fix the damage in our lifetimes, as Ring of Fire’s Farron Cousins explains.

Nonetheless, Bill Nye the Science Guy did an interview with Time Magazine recently where he said that he believes, he has hope that science will survive the Trump administration and that he sees more hope in the younger generations who do accept science, who do understand that evolution happened, and that climate change is happening. Bill Nye says we need to have hope, and it’s a good message. But unfortunately, it’s not necessarily a message that I’m willing to get behind at this point. I want to have hope, I wish I did. But when you understand, when you see the damage that gets caused in just four short years from denying the existence of science, what happens when we have a kid in second grade who has to go four, or potentially eight years through their education of learning that evolution didn’t happen, and instead, we were all created by a big guy up in the sky. Eight years, those thoughts, those beliefs get indoctrinated into children, and it shapes their entire life. Same thing goes with climate change.

When we have an administration that not only denies its existence and teaches that to other people who then go on to believe it, but the damage that gets caused as a result of the inaction. That can’t be undone. Rising sea levels? Yeah, we can’t just drain the sea and make those sea levels go back down. The areas of California that are being burnt, they’ll grow back in a few decades. We can’t fix that with the next administration. Science will survive, I do understand that. I understand where Bill Nye’s coming from, and I understand what he’s saying, and I appreciate it, and he’s just more hopeful than I am, and I wish I could share his enthusiasm and his hope in what he sees in a younger generation, but right now, what I see is a generation of Republican lawmakers trying to teach our children that science isn’t real, that you need to believe in Republican lawmakers and a deity that you cannot see, and you may or may not even believe in.

Put your faith in those, not your faith in textbooks. Don’t worry about those Liberal elites at those colleges that teach you this nonsense. Trust us, but more importantly, trust the talking points that we’re giving you from the religious right and the fossil fuel industry, because that’s all that matters, and that is what they are trying to teach our children. Science will live on, and eventually we’ll live in a society, I hope, that accepts science, that stops having such an antagonistic attitude towards science and scientists. But I don’t see it happening any time in the next four years, I don’t see it happening in the next 10 years. I don’t even think it’ll happen in the next 50 years. It’ll happen when science comes and slaps us back in the face because we’ve been ignoring it for so long that we suddenly have very real, dire issues to start dealing with. I wish I could be as optimistic as Bill Nye, but from what I’ve seen from Republicans, it’s very hard to be optimistic these days.