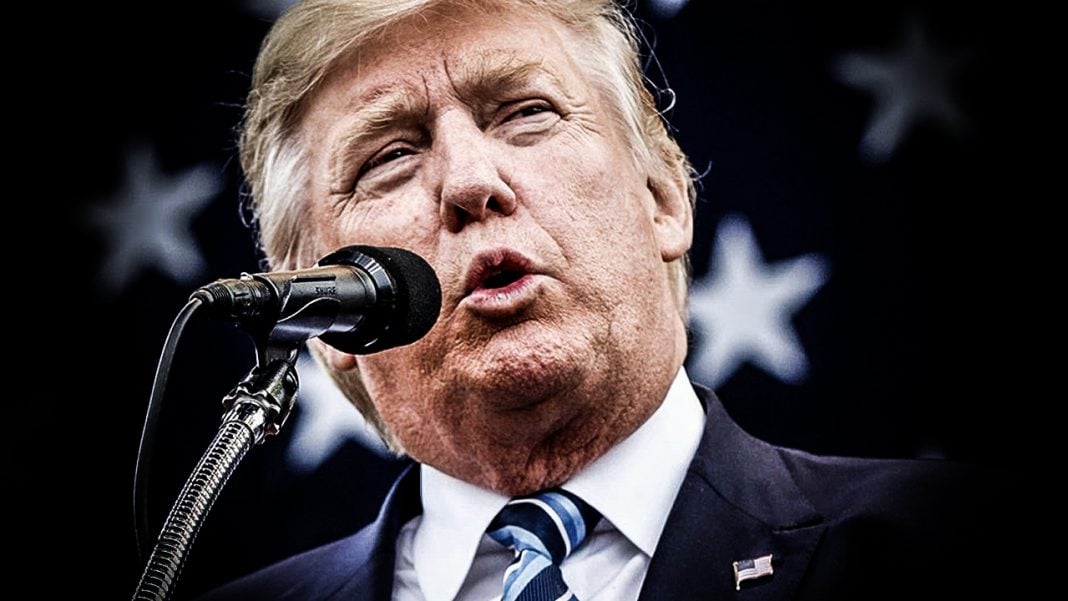 It has been nearly a year since Donald Trump won the electoral vote to become President, and he is still refusing to release his tax returns. The only logical explanation is that he’s hiding information that he doesn’t want us to see. We have to demand better from our elected officials, as Ring of Fire’s Farron Cousins explains.

It’s been nearly a year since the disappointing election of November, 2016, where Donald Trump secured enough electoral votes to be elected President of the United States. In the 12 months that have essentially passed since Donald Trump won that electoral vote, he still hasn’t released his tax returns to the United States public. At every opportunity, Republicans in Washington, D.C. in the House and Senate have voted to shield his tax returns from being released to the public.

Trump has said the reason he didn’t release them is because he was under audit and he’s not allowed to. That’s not true. You can absolutely release your tax returns if you’re being investigated by the IRS, if there’s an auditor, if there’s anything going on. You can always release them. The IRS has made it perfectly clear that they’re not the ones holding up Donald Trump from releasing his tax returns.

Why, after 12 months past the election, are we still talking about this? Because it’s still an issue. Transparency is very important in the federal government and if we don’t have that, it just leads to wild speculation. For example, we do know somebody who has gotten his hands on at least part of Donald Trump’s tax returns that the rest of the United States public hasn’t had access to, and that person is Special Prosecutor Robert Mueller.

Mueller recently met with officials within the IRS to go ahead and get his hands on some of those Donald Trump financial records that the rest of us are just dying to see, because he believes that there is some evidence of criminal wrongdoing within those financial statements. To be perfectly honest with you, there is not a single part of me that doesn’t believe that the reason we haven’t seen those tax returns is because they hold the key to bringing down the Trump Administration.

I firmly believe if we saw those financial statements, if we saw those tax returns, there would be ample evidence within there to bring down the Trump Administration and put Donald Trump in prison. Why do I believe that? First of all, because he’s adamant about hiding them. Talk to any police officer and they’re probably going to tell you the same time. It’s a mantra that most of them go by, only the guilty hide. That is exactly what Donald Trump is doing right now.

He is hiding those tax returns because there is obviously something in there he does not want us to see. Maybe it’s criminal activity, maybe it’s something as simple as the fact that he’s not worth as much money as he told us he is and he’s trying to protect his fragile male ego at that point. Whatever it is, he doesn’t want us to know.

While it would be refreshing for him to release these tax returns, or for Republicans in D.C. to stop shielding him from the Democrats who are trying to force the release of these tax returns, what is comforting, at least to an extent, is knowing that the people investigating the Trump Administration do have access to these tax returns. I hope that they find whatever it is they’re looking for in there so that we can finally put an end to the Donald Trump nightmare here in the United States.