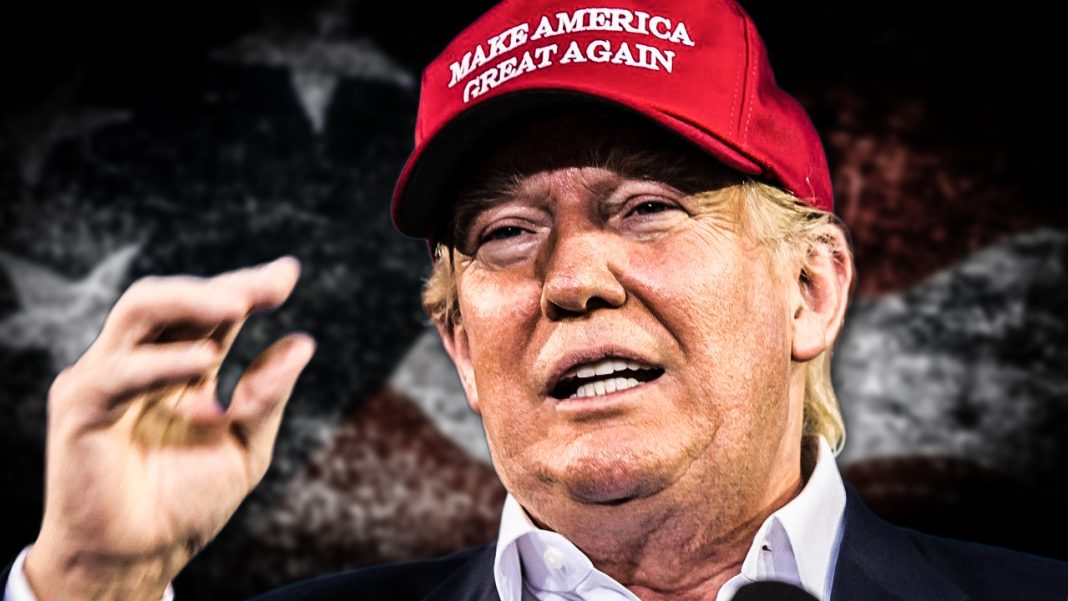 A supporter of Donald Trump is arguing in a lawsuit that his “Make America Great Again” hat is a spiritual, religious symbol. The man was recently removed from a bar in New York for wearing the hat, so now he’s trying to claim that his freedom of religion was somehow diminished because of this. Ring of Fire’s Farron Cousins points out the absurdity of this man’s claims.

The suit arose over the fact that the man was wearing his MAGA hat in a bar in New York City, and no, this is not a Ron White joke. He was wearing the hat inside a bar in New York City where he was promptly kicked out for wearing the hat. I don’t know necessarily the specifics, perhaps the owners of the bar did not like Donald Trump, perhaps they viewed the hat more as a symbol of hate and oppression and so they kicked the man out because he would not remove the hat, and now we have a lawsuit.

The lawyer for this accountant is claiming that his client’s religious freedom was violated because he was removed for wearing the MAGA hat. Here is specifically, part of the argument that they’re trying to make here. It was pointed to previous instances where court has acknowledged the rights of parents who refused to vaccinate their children because of their faith, that’s one of the arguments the lawyers made. Wearing a MAGA hat and getting kicked out of a bar is apparently on par with parents who do not vaccinate their children.

That doesn’t make it a good fucking idea! It’s still pretty stupid at that point, and to compare a MAGA hat to unvaccinated kids, I would say that’s actually kind of spot on. You’re both dangerous to society here.

See where I’m going with this? This is one of the more ridiculous legal arguments that we have seen in quite a long time, because there is nothing spiritual, there is nothing religious about a Make America Great Again hat. All it does is signal to the entire world around you, that you make very poor choices when you go into a voting booth, and that you’re probably too stupid to tie your own shoes. That, is what I think when I see somebody wearing a MAGA hat. Am I going to discriminate against them? No. Am I going to try to help them cross the street because they’ll probably end up getting hit by traffic ’cause they’re not very bright? Absolutely.

We need to take care of people who obviously aren’t bright enough to get along through life on their own. But to claim that it’s some kind of religious belief or that it’s akin to not vaccinating your children, these arguments don’t hold any water. There’s nothing spiritual about a hat that is actually shared … become a symbol of the Alt-Right, that was highly present at those Alt-Right white supremacist rallies. That’s not religious, that’s not spiritual, and again, aren’t Republicans the party that are telling us that business owners have the right to discriminate? They’ve literally been arguing that in court this year, so that Republican business owners don’t have to serve or make cakes for gay people. So why would a bartender or bar owner in New York City not have the right to throw out a guy wearing a MAGA hat? ‘Cause if you ask me, based on all of the available evidence, the last thing you want to do is have somebody in a MAGA hat getting all liquored up and possibly becoming violent, because as we’ve seen, they do have a history of violence.

The MAGA hat is not a spiritual symbol. If you want spirituality, go to church. Go to a synagogue, go to a mosque. Not a bar in New York City. Not exactly the kind of house of worship that most people would think of, so I think this religious argument they’re trying to make about this MAGA hat, is going to fall flat on its face.