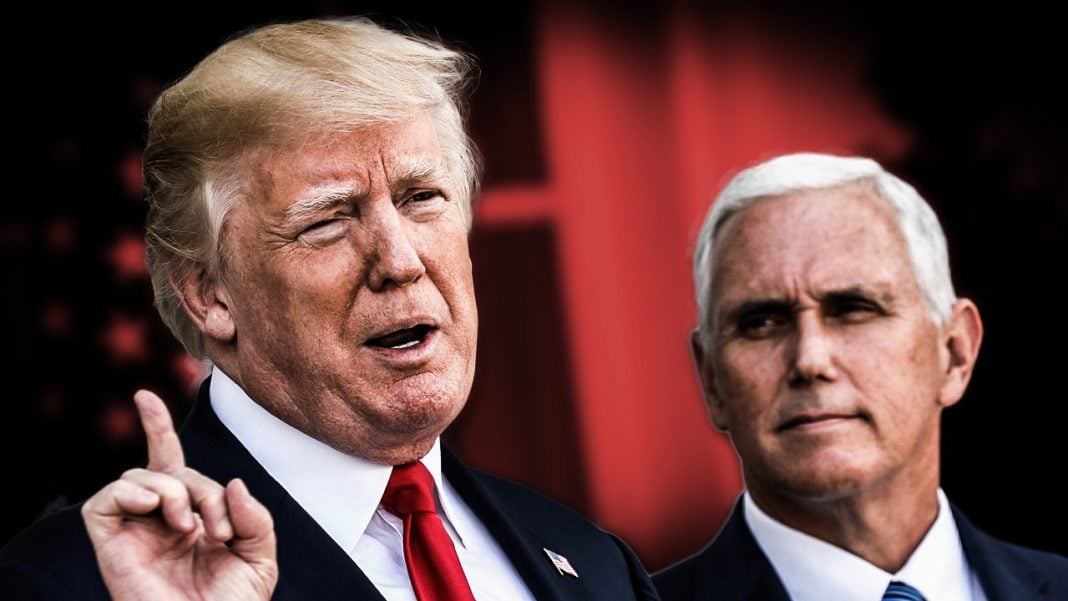 Donald Trump has finally declared that the opioid epidemic in the US is a national health emergency. However, he did not direct any new funds towards fighting the epidemic, and his announcement was all fluff and no substance. The crisis is very real, but Trump’s response to it is certainly not, as Ring of Fire’s Farron Cousins explains.

On Thursday, after months of saying he was going to do this, this is actually something he was supposed to do about six months ago, Donald Trump finally decided to declare a national health emergency over the opioid crisis here in the United States. That’s great that he decided to finally do that. After all, 175 people are dying every single day in the United States as a result of overdoses on prescription opioids.

However, his declaration of a national emergency literally does nothing to solve the problem. Currently, the fund that is set up to help deal with this crisis, the amount of money in that fund stands at $57,000, which is about $7,000 short of being able to give everyone in this country, their families, who have died of opioid overdose, $1,000 each.

We’re not even to the point of funding where we could pay the victim’s family $1,000 because there’s no money in the fund. Trump’s declaration of a national health emergency does nothing to increase that funding. States can ask for more money, but they could literally do that anyway.

Donald Trump’s announcement on Thursday was nothing but fluff, nothing but “Look at me, look how great I am, look how serious I’m taking this issue that I told you I was going to act on six months ago.” It was a pathetic attempt by a failing president to act for a moment like he was some kind of decent leader here in the United States.

Meanwhile, an opioid executive actually got hauled off to jail yesterday for the role that he played in pushing doctors to prescribe more opioids. That’s how we solve this problem. It’s not just the manufacturers, it’s the distributors, the people out there pushing these pills on American citizens.

Declaring a national health emergency is great. It raises awareness about it, but if you’re not going to fund the program, if you’re not going to hold those responsible liable, then don’t bother. There are people, there are attorneys, there are lawyers, judges, law enforcement officers and even doctors coming forward who are trying to hold the actual responsible parties responsible for it. That’s why yesterday, in the midst of this grand announcement, nobody talked about the fact that one of the distributing company owners went to jail, has been arrested, and is now going to face a criminal trial for his role in pushing this.

This is as big, if not potentially bigger, than what happened with the tobacco lawsuits in the 1990s. Donald Trump is not taking this seriously enough. The American public doesn’t seem to understand how serious this crisis truly is. Go look at some of the hardest-hit areas with this, Kentucky, West Virginia, Ohio, Illinois. They understand what’s going on and they know that President Trump’s declaration is not going to do anything to solve the problem. We need real leaders with real ideas taking real action on this issue.

Right now, the only people who have that kind of persona, that kind of power, are the trial lawyers that are trying to recover for the victims here and stop making states and cities pay for the fact that drug company CEO’s and distributor CEO’s are pushing these pills, killings hundreds of people a day, and sticking the cities and states with the cost of having to care for those victims. It’s the lawyers out there that are working on that, not the Trump Administration, not the Republicans in Congress and not Health and Human Services Secretary Tom Price. We have some real heroes out there in this story, but it’s certainly not anyone within the Trump Administration.