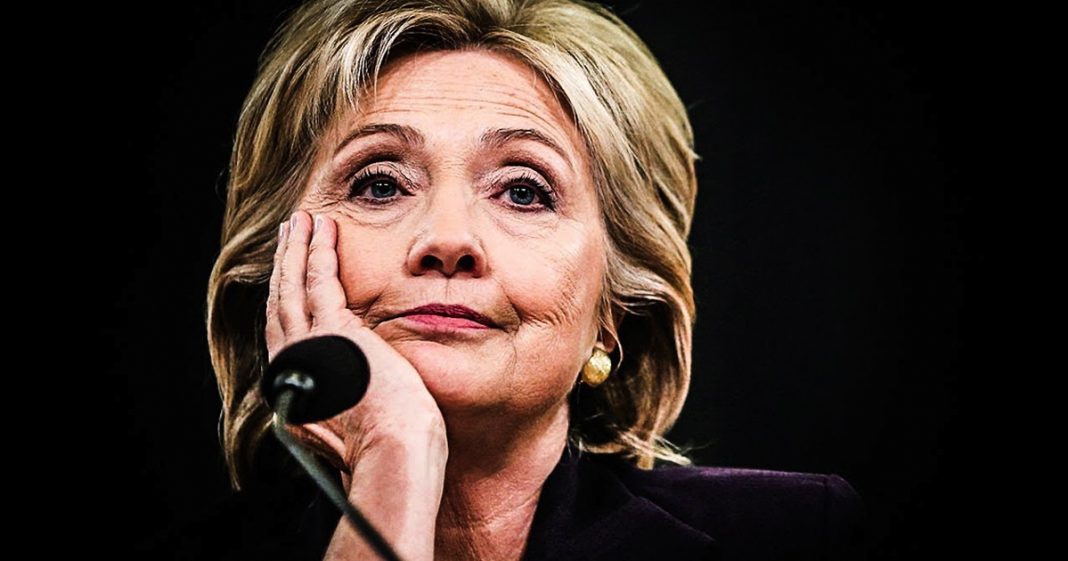 Alan Baskaev, a man who claims to have worked at a Russian government-backed “troll farm” says that his group created a fake sex tape featuring a Hillary Clinton lookalike engaging in sexual acts with a black man in order to smear the candidate prior to the 2016 US presidential election. The tape was never released, but this admission shows just how far these organizations were willing to go to aide Donald Trump’s election, as Ring of Fire’s Farron Cousins explains.

Recently The Daily Beast interviewed Alan Baskaev who claims to have been a worker at a Russian government funded or sponsored troll farm and part of their job was to go out prior to the 2016 election, post pro Trump, anti Democrat things all over the internet, but according to the interview with Baskaev, one of the things that his group put together was a fake sex tape showing a Hillary Clinton look alike engaging in sexual activities with a black man.

According to Baskaev, the goal was to release this fake sex tape prior to the election in order to damage Hillary Clinton’s chances of winning. Baskaev, himself, told The Daily Beast that he thought they had a sensation on their hands when they created, allegedly, this sex tape.

Now, obviously the sex tape never got released to the public, thank God. To be honest, we don’t even know for sure if they actually created it. However, the fact that this guy Alan Baskaev came out and said that they did at least shows at some point they had thought about it, whether or not they actually executed it and obviously, they did not release it to the public, but that just shows you the depths to which these groups, these little troll farms were willing to sink in order to sway the United States election. Again, Baskaev claims that the troll farm, troll factory, whatever you want to call it, that he worked for was backed by the Kremlin.

Again, we don’t know for certain if any of the claims that this man has made are accurate, but considering everything that we have seen up to this point, as far as evidence of online ad buys, online trolling, it seems highly probable that Baskaev is in fact telling the truth here.

I for one, am very happy that this sex tape did not get released. Not because I think it would hurt Hillary Clinton, I think it would be pretty damn obvious that it wasn’t her having sex with a black man on video, but for the most part because this country has already stooped to such new grotesque levels in our electoral politics, that I honestly don’t even know that I could handle anything like that happening right now or even a year ago, but the one thing that is clear is we do have to put a stop.

We’ve got to find a way to shut down these troll factories, wherever they’re located in the world, even if they’re here in the United States. We’ve got to get rid of the actual fact news. The Breitbarts, the Alex Jones, the Daily Callers, not the CNNs or the New York Times. Those are legitimate news outlets. Yeah, they push for war, but occasionally they also report something that happens to be accurate, unlike Breitbarts and Daily Callers and Alex Jones and Fox News organizations.

We have a very real problem in this country and it comes both from the inside and from the outside from these troll farms and if they’re capable of putting something like this together, like faking a sex tape between an elected official or a wannabe elected official and someone else, that is a very real concern that we need to take seriously because something like that could absolutely, not only destroy a person’s political career, but destroy their personal life as well. We’ve got to get to the bottom of this and we’ve got to put a stop to it in order to save our democracy.