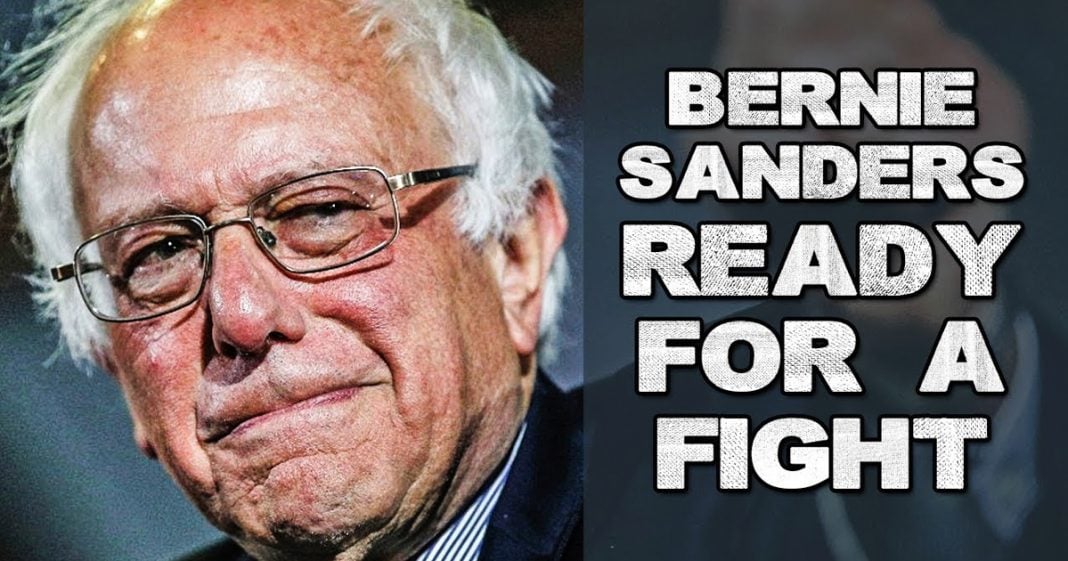 Senator Bernie Sanders has teamed up with Democratic Senators Elijah Cummings and Peter Welch to bring forth legislation that would allow the federal government to finally negotiate drug prices for Medicare recipients. This is something Trump had said that he favored on the campaign trail, so let’s see if he’s willing to follow through on that promise. Ring of Fire’s Farron Cousins discusses this.

A group of Senate Democrats along with Independent Senator Bernie Sanders have introduced legislation that would finally allow the federal government to negotiate drug prices for their Medicare Part D program. Now, this is a program that the federal government puts out there that allows senior citizens to use this program to buy their prescription medications. As it was written, the government is not allowed to negotiate the prices of these drugs that they pay for with the pharmaceutical industry. That was specifically written into the piece of legislation. Bernie Sanders, Elijah Cummings, and Peter Welch are actually trying to undo this. Why? Because the federal government shouldn’t be ripped off for the price of prescription drugs when they’re paying for nearly 75% of the RND for these drugs to begin with anyway.

Now, don’t get me wrong. Nobody in this country should be ripped off the way we are when we have to go buy prescription drugs, but this piece of legislation is a phenomenal start to allowing the federal government in general to negotiate the prices of drugs for all American citizens. They have to start with Medicare because it’s a program that they control, and hopefully we’re going to see it expand as time goes on, assuming it passes the Senate. Here’s why we could assume that it should at least pass the Senate. This was something that Donald Trump himself actually campaigned on. This legislation is an attempt not only to lower prescription drug prices, but to force his hand and the hands of Republicans in the Senate. If they do not support this piece of legislation, if it fails, this is a great thing to take back to their constituents at home and say, “Look what your senator voted against. Look how your senator voted to not just screw you over, but screw over the federal government. This is what this particular person stands for.”

Now, this is a brilliant move by Democrats, because it is a win-win situation. If the legislation passes, then senior citizens are going to get cheaper prescription drugs and the federal government’s going to save money. There’s literally no downside to that whatsoever, so you’d have to be some kind of heartless monster not to support that legislation to begin with, but secondly, if it fails, this will become a massive campaign issue in 2018 with Democrats able to go back to their constituents, like I said, and say, “Look what your senator, look what your representative voted against. They want you to pay higher drug prices.”

Again, this legislation is not something that’s unheard of. After all, that’s how most other countries have far cheaper prescription drugs. Their governments negotiate prices with drug companies. We don’t do that here. Maybe it’s because the federal government likes to screwed over. I don’t know. I can’t answer that question for them, but all we know is that Americans pay a higher price for their prescriptions drugs than any other developed country in the world, and we finally have some people, Bernie Sanders, Elijah Cummings, Peter Welch, that are out there trying to put an end to the screwing over of American consumers at the hands of big pharma.