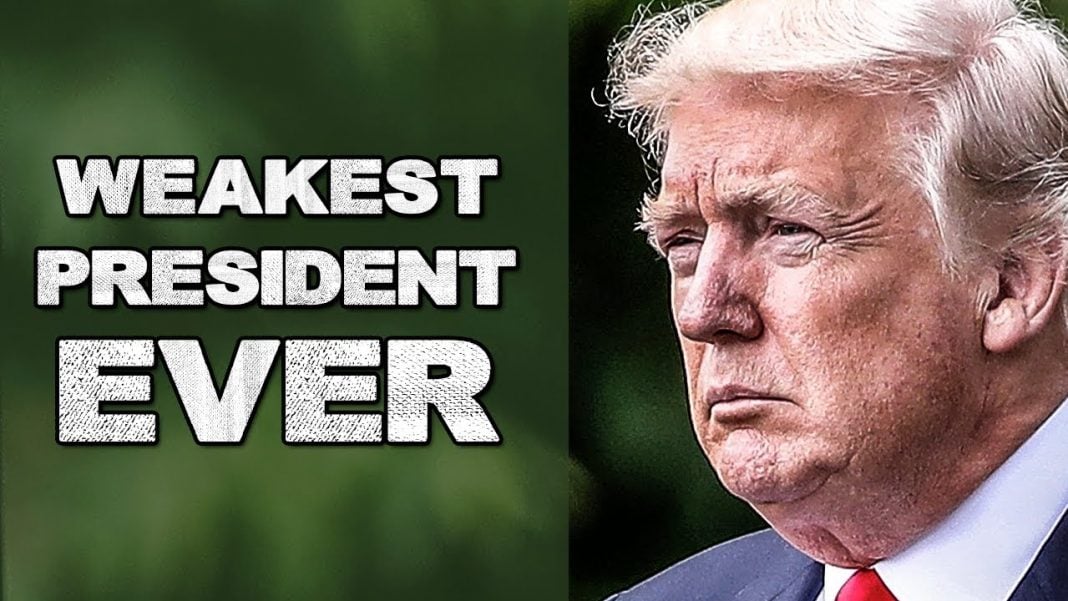 According to a new pole by Politico and Morning Consult, the majority of Americans in the United States, view Donald Trump as both thin-skinned and reckless in his job as president of the United States. Now, depending on which numbers you’re looking at within this pole, something interesting happens. According to one analysis, about 52 to 53 percent of people in the Unites States believe Donald Trump is trustworthy, however, 51 percent say that he is not honest.

Now, I’m not exactly sure how somebody can be both trustworthy and not honest, but that’s what the pole shows us here, but again, that’s more of an aside. The biggest issue that we have right now is that a majority of Americans understand that Donald Trump is a thin-skinned, reckless individual that for some reason, still has access to the nuclear codes in this country. We already saw earlier this week that the military is preparing to go on a 24 hour alert to arm their nuclear bombers to be ready in the event that Donald Trump launches a nuclear war at any time of day. They want to make sure that they have those plans with those bombs ready to go as soon as Donald Trump gives the go-ahead.

What happens when you have somebody who is this combination of thin-skinned and reckless? Well, we’re seeing it play out in North Korea. Every time Kim Jong Un comes out and says something negative about Donald Trump, Donald Trump once again starts beating the drums of war, threatening to go over there and kill millions of people just to spite one guy that pissed him off. What’s happening to the people in North Korea is disgusting and appalling and they need help. But Donald Trump is going to allow one lunatic, Kim Jong Un, to goad him into dropping a nuclear weapon over there.

That reality of Trump dropping a nuclear weapon over on North Korea or possibly even Iran, is a hell of a lot closer than most people in this country truly understand. That is why the military is preparing to go on 24 hour alert. Something that hasn’t happened since the height of the Cuban Missile Crisis and yet, we’re there and people aren’t paying attention. So, they go out and, “Yeah, I’ll take your pole. Yeah, he’s thin-skinned, yeah he’s reckless, yeah he’s dishonest …” But that’s just the surface. It’s great that the public recognizes this, but we also have to understand and we have to do something about the fact that Donald Trump is inching closer and closer every single day to launching us into a full-blown nuclear war.

So, it’s great that we understand that he’s thin-skinned. It’s great that we understand that he is reckless, but he already has the power that he needs to destroy everything that this country has built over the centuries. Remember that. Remember these poles. Remember the way you feel right now if Donald Trump survives the Mueller investigation and does run for president again in 2020. Because we can’t go through eight full years of will he or won’t he, with regards to launching a nuclear weapon. We have to get past this and it’s up to the voters to remember exactly how they felt, exactly how they felt about the president and exactly how they felt about the future, because if they forget that, then yeah, we’re probably looking at eight full years of Donald Trump as president of the United States.