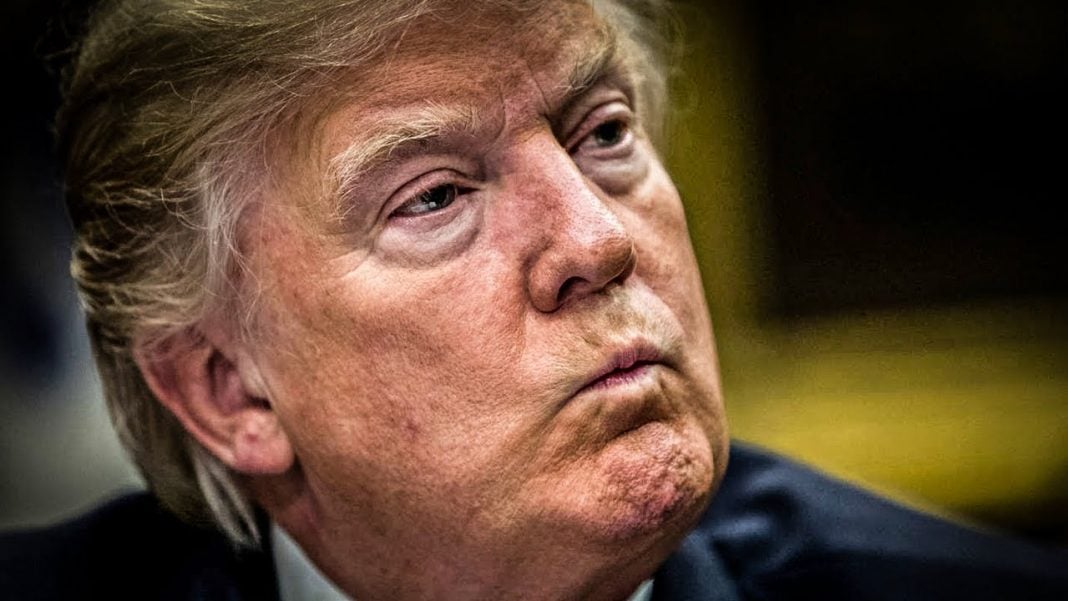 The tax plan being pushed by Donald Trump and his Republican allies in Washington is nothing more than a “get rich quick” scheme for the President. New analysis shows that Trump and the members of his cabinet will personally receive more than $3.5 billion in tax breaks from the new plan, while the rest of the country will get virtually nothing. Ring of Fire’s Farron Cousins explains.

Since Donald Trump was sworn in as president, it kind of became obvious that he basically wanted this job as a new way to enrich himself and his family. We’ve seen that through his constant trips to Mar-a-Lago, the amount of money that has been paid by the federal government to his resorts for things like meals, lodging, and the rental of golf carts. But Donald Trump was never really just planning on using those outlets as a means to get rich by being president, and that is what his tax reform push is all about.

According to new analysis, Donald Trump, his family members, and the members of his cabinet stand to make combined $3.5 billion off of the tax plan that they are pushing. Now, a lot of that obviously comes in the form of having a reduced overall income tax for the top income bracket, which would affect people like Donald Trump, Betsy DeVos, and others within the administration, meaning they would pay less and less every year. But what really gets it is the fact that they want to do away with the inheritance tax, which would protect Donald Trump’s fortune to be handed down to his greedy, horrible children. Meanwhile, the rest of us in this country, the 99%, literally get nothing.

Now, I know a lot of Republicans including Sarah Huckabee Sanders have been out there recently telling us that the average American is going to get a $4000 a year raise as a result of this tax-cut package. Average savings per family is going to be $4000 a year. Seems like a lot, right? Seems like you’re going to have more money coming in. Well, when you think about the law of averages, the averages doesn’t just include the middle class. It also includes those jackasses like the Trumps, like his administration who are going to save $3.5 billion a year.

The lowest income earners are going to have their taxes actually go up from 10% to 12%. They’re going to close certain deductions so that these people and the middle class have to pay more each year. There are fewer things that we’ll be able to deduct from our taxes in order to pay for that 3.5 billion. That’s just going to the Trump administration. And let’s be very clear about that folks. This is not the wealthy elite get 3.5 billion. These are just the people in the White House. Donald Trump and the people he has appointed to serve him will get 3.5 billion. The coax get even more than that: the Mercers, the Sheldon Adelsons. All of those wealthy Republicans are not even included in that 3.5 billion. So that’s why, yeah, on average people are going to save $4000. We’ll know when you have some family saving $10 to $20 million a year, the rest of us get absolutely nothing, so don’t fall for their nonsensical lies about average savings per family.

The bottom line is that this tax plan from day one has always been about making Donald Trump more money and making the wealthy elite more money, and yet Republicans are coming out every single day and lying to you about what this tax plan is all about and what it will actually do for this country. The best guess is that it’s going to send us into another recession, while people like Trump and the coax and the Mercers and everybody else in that top 1% gets even more money back every single year, while the rest of us lose jobs, lose buying power, possibly lose our homes. And hey, while they’re at it, they’re going to strip us of our healthcare too. But they don’t care, because they get a few million extra dollars every year by screwing over the rest of the country.