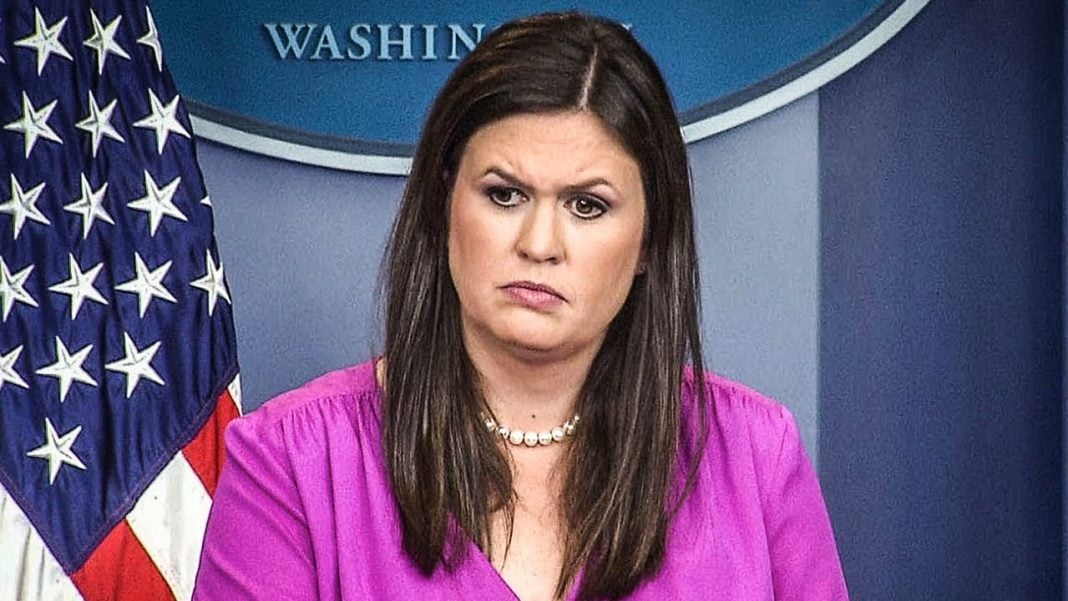 In an attempt to cover up the fact that Gen. John Kelly made up a completely false story about Rep. Frederica Wilson, White House Press Secretary Sarah Huckabee Sanders said that it was ok for Kelly to lie because it is “what he felt.” This is eerily similar to an episode of Seinfeld in which George Costanza explains to Jerry how he is able to lie so well, as Ring of Fire’s Farron Cousins explains.

In the past week or so, the Trump Administration, which includes Donald Trump, Sarah Huckabee Sanders and Chief of Staff Gen. John Kelly, have gone out of their way to try and tarnish the reputation and, essentially, the entire life, of a Gold Star widow. In recent days, their ire has been drawn away from the widow to an extent and over to Rep. Frederica Wilson, who has been one of the most outspoken people about the Administration’s horrible treatment of this woman who lost her husband.

As it turns out, that story was 100% fabricated by John Kelly. It never happened. There was evidence of that. White House Press Secretary Sarah Huckabee Sanders had to somehow figure out how to defend John Kelly’s blatant lie about what actually happened at that event. Here is Huckabee Sanders giving her explanation as to why or how or if John Kelly actually lied.

From the Chief of Staff, Gen. Kelly, will there be an apology?

Where did he get that information, then?

He was there and this wasn’t, everyone wants to narrow this down to a nine-minute speech. This was something that took place over the course of the day. We have two different accounts. I think Gen. Kelly gave one of the most-

I’m talking about when he-

Heartfelt, raw and emotional accounts that anyone could give, and I think he has a lot of credibility on this topic and a lot of credibility in general given the life of service that he has lived, and I take him at his word and I don’t have anything further to add beyond that.

It was about the discrediting of Wilson, that’s what they are looking for an apology for.

Again, I think that the account that he’s given reflects what he saw that day and I think he has, again, the highest level of integrity. Again, I support him in his account of that interaction and what he saw and how he felt, and what he saw take place that day.

What’s really interesting about this is the fact that it doesn’t matter how impassioned you are. It doesn’t matter with what conviction you say it. A lie is a lie. In that clip, Huckabee Sanders is kind of using the same tactic as George Costanza from Seinfeld, where he gave Jerry advice on how to lie. He says, “It’s not a lie if you believe it.” That is essentially what the White House Press Secretary is telling us. It’s not necessarily a lie, even though John Kelly knew it was lie, because he said it with such passion and such conviction and such courage. It takes a lot of guts to get up there and lie, so we should probably just go ahead and believe him, I don’t know, maybe to make him feel better.

Let’s not forget that Sarah Huckabee Sanders at this point is defending a blatant lie by a man who’s trying to smear an African American woman, Congresswoman, who is standing up for a Gold Star family that just lost their husband, their father. The widow is actually pregnant and now that child is never going to know his father.

John Kelly and Donald Trump and Sarah Huckabee Sanders think it’s perfectly fine to spread lies about this family, to spread lies about the one woman who’s being the most outspoken trying to defend this family. Sarah Huckabee Sanders, which, this is absolutely remarkable, has somehow turned out to be even less ethical, less moral and less honest than Sean Spicer. Let that sink in for a minute. When Sean Spicer was gone, we thought maybe, just maybe we’re going to get somebody coming out here to this podium every day that’s not going to lie their asses off to the American public. We get Sarah Huckabee Sanders, who comes out there and not only lies to us, but she defends the lies of the rest of the Administration by saying it’s not really a lie if you say it with enough conviction.