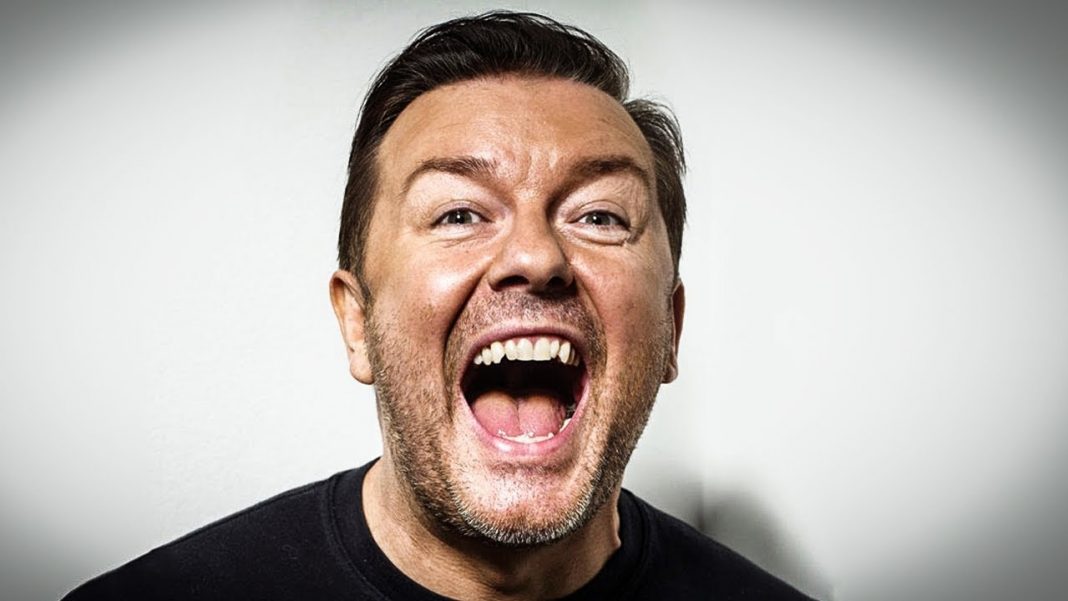 Comedian Ricky Gervais wants to know why Trump supporters are so dull that they fell for his promise to “drain the swamp.” And that’s a fair question. From everything we’ve seen from this administration, he’s not only failed on that promise, but he’s made the government far worse than we’ve seen in recent years. Gervais also offered some not-so-subtle advice to the Democratic elites during a recent interview, as Ring of Fire’s Farron Cousins explains.

Comedian, actor, director, producer Ricky Gervais recently an interview to The Daily Beast. He’s promoting an upcoming comedy tour. But he sat down with The Daily Beast to talk about American politics, and how he is seeing what’s unfolding in the United States as a British person. And what he said during that interview, it wasn’t quite shocking, but it was eye opening. Specifically, Gervais pointed out that fact that Donald Trump voters have got to be some of the most easily duped people on the planet.

Here is what Gervais specifically said during that interview, “Why were people believing the most opulent billionaire on the planet when he said the problem was the liberal elite in Hollywood. I’m thinking why are they falling for this? Why are they falling for drain the swamp? He is the swamp.” That observation is 100% spot on. Anyone who’d believe that Donald Trump was somehow going to come in and drain the swamp was absolutely delusional to ever believe that. He never had any intention of draining the swamp. We’ve seen that through every single person that he has appointed to a position within the White House.

Jess Sessions, one of the most racist senators in the United States becomes our Attorney General. Scott Pruitt, one of the most anti-environmental pro-corporate Attorney Generals at the state level, becomes our EPA administrator. Rex Tillerson, the CEO of Exxon, is our Secretary of State. Betsy DeVos, the woman who’s profited off the privatization of schools, becomes the Secretary of Education. Mnuchin, a guy who ripped off countless American consumers through his banking schemes, becomes the Secretary of Treasury. The list goes on and on. He is the swamp. To an extent, yeah, the swamp has always existed there, but Trump came in and made it so much worse and Gervais, as an outsider observer, is able to see that. And Trump supporters need to understand that Gervais is not alone in this.

It is worth pointing out though, that in this Daily Beast interview, Gervais did not just go after Trump voters. He also went after the Democratic elite. He said, “You can never be above the audience. You can never lecture the audience. I think that’s one reason Trump got elected. People were tired of being lectured by authoritarian liberals.” Again, very astute analysis there because, yeah, we do have a bit of a problem of some of the Democratic establishment that likes to talk down to people. Go turn on MSNBC and that’s all those hosts do. They talk down. They condescend. They’re not sitting there having a normal conversation about the news of the day. They got to add their little bit of snark and wit to try to make you think that they’re so much smarter than you. That is a problem, because Republicans made it a problem.

But you got to know how to talk to people, and the one person on the campaign trail that knew how to talk to average human beings, as if they were human beings, was Bernie Sanders, and we blew that opportunity. Again, Gervais in all of his observations here is absolutely spot on, but perhaps even more correct in his assessment that Trump voters really screwed the pooch on this one, and they fell for everything that the con man, Donald Trump, was selling them.