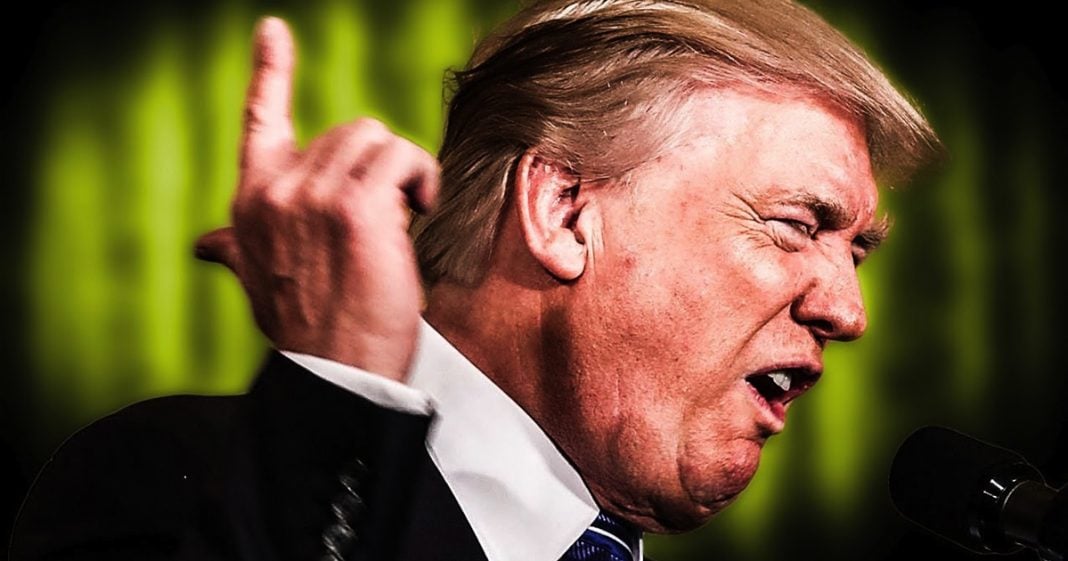 As the investigation into the Trump administration continues to push forward, Donald Trump has decided that he needs to make sure that he can count on the loyalty of his aides, so he’s offered to pay their legal bills for them. This raises huge ethical questions, and also gives a very strong stench of guilt from Trump himself, as Ring of Fire’s Farron Cousins explains.

According to sources within the white house, Donald Trump has personally offered to pay for the legal fees of staffers within the white house who may need to hire lawyers as part of the ongoing investigation by special prosecutor Bob Mueller. What’s really interesting about this story is that first of all, that creates very serious ethical dilemmas for Donald Trump himself, but two, that it also gives off a horrible stench of guilt for Donald Trump himself. Essentially what’s happening here, by offering to pay these legal fees of these staffers, Trump is attempting to bribe his own staff in exchange for their loyalty.

Right now the republican national committee and the Donald Trump campaign for 2020 are actually footing most of the legal bills both for the president and for Donald Trump Junior. So far they’ve shelled out well over $400,000 just in legal fees for those two Trumps. Trump has raised a couple of million dollars for his 2020 reelection campaign, most of which actually according to reports has come from small donors, but again, he’s not using that money to run for president in 2020, he’s using that money to pay his legal fees.

If any of the staffers out there are actually thinking that Donald Trump is going to be paying their legal bills, they are gonna have to figure out whether or not they need to go submit receipts to the president, or if there is gonna be some kind of legal defense fund set up for these staffers funded by Trump so that they can all just take out of one big pool, but again, does it seem that like the kind of thing that would be necessarily normal if Donald Trump wasn’t trying to bribe his staff? Which to me is exactly what the story is all about.

This is Donald Trump’s attempt to buy the loyalty of his staffers by promising to pay their legal bills. And whether or not they are loyal to him in any questioning that takes place, I seriously doubt that Donald Trump is actually going to follow through with this and foot the legal bills for any members of his staff considering the fact that he’s technically not even paying his own legal bills. His donors are doing that. The republican national committee is doing that. When Donald Trump comes out and says, “Don’t worry, I’ve got you covered on this.” Rest assured that either the bills won’t be paid or they are gonna be paid by some other group that isn’t Donald Trump.