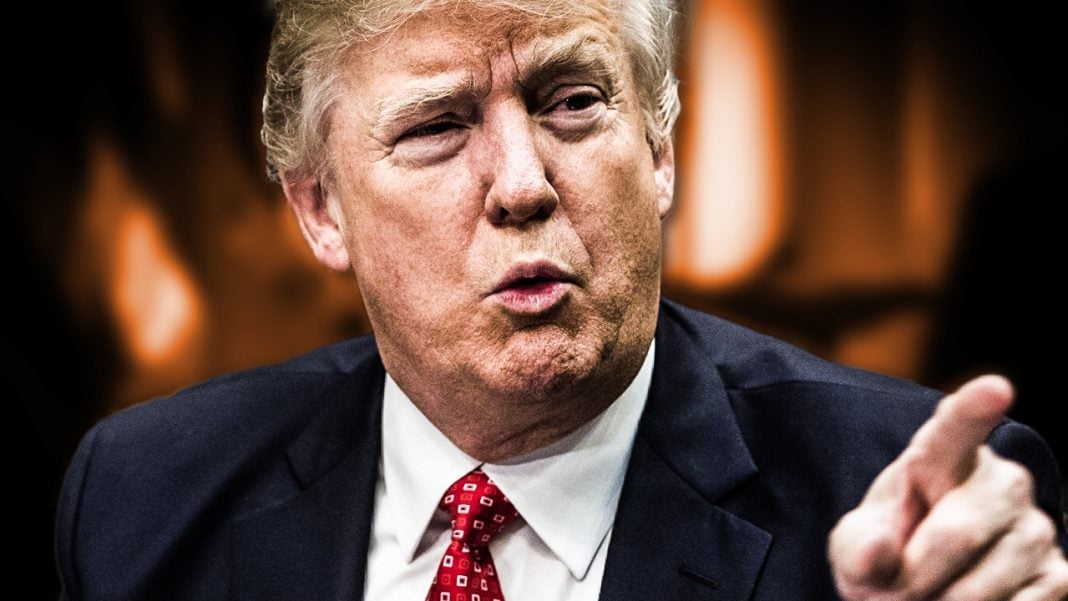 Nuclear war might be even closer than most of us realize. The Air Force is making the preparations to have their nuclear bombers on a 24-hour ready alert, meaning that pilots will be available around the clock to immediately launch a nuclear strike should Trump give the order. We’ve entered a situation like we’ve never seen in the United States – we are NOT under attack, yet we’re preparing to launch nuclear weapons. Ring of Fire’s Farron Cousins discusses this.

According to a Defense One report, the United States Air Force is preparing their nuclear bombers to be on a 24 hour alert system. Which means that if the President were to order a nuclear strike at any time of day, these bombers will be ready to go because the Air Force is going to go ahead and prep them, because they are anticipating the President to ask them to be ready.

As it stands right now, Donald Trump has not officially asked the Air Force to be on 24 hour high alert. However, officials within the military, military experts, do believe that that request from the Trump administration will be coming very soon. So they’re going ahead and getting a jump on it, and preparing to be ready 24 hours a day to drop a nuclear bomb on whoever Donald Trump tells them to go drop a nuclear bomb on.

It has been decades in the United States since the Air Force has put their nuclear bombers on a 24 hour alert. Last time they did it was at the height of the cold war, when it was firmly believed that a nuclear weapon would be fired at the United States and they wanted to be ready to retaliate. At this point, we are not technically necessarily at war with a hostile force who has the capability of launching any kind of incredibly devastating weapon towards the United States.

What the military is anticipating is that Donald Trump has got an itchy trigger finger, and he wants to drop some kind of weapon of mass destruction on North Korea or potentially Iran given his increasingly angry and untruthful statements about the country of Iran.

This is unprecedented here in the United States. Back when we were on 24 alert last time, there was actually reasonable suspicion to believe that a nuclear weapon could be launched against the United States and they wanted to be ready. That doesn’t necessarily justify it, but they felt they had enough reason.

Donald Trump and the Air Force are preparing for a nuclear first strike. That’s what’s different. We have not been attacked. Nobody has officially declared war against the United States. And as far as we know about North Korea, their weapons probably can’t make it over here to US shores. But that’s not stopping Donald Trump, a man who has repeatedly asked why we don’t just go out and nuke people anymore.

This is a very dangerous step for the United States, and it’s sending a signal all around the world to both our allies and our enemies alike. That the United States is absolutely ready at a moments notice to go kill a few million people with an ultra devastating nuclear weapon, because Donald Trump is just that unhinged of an individual.