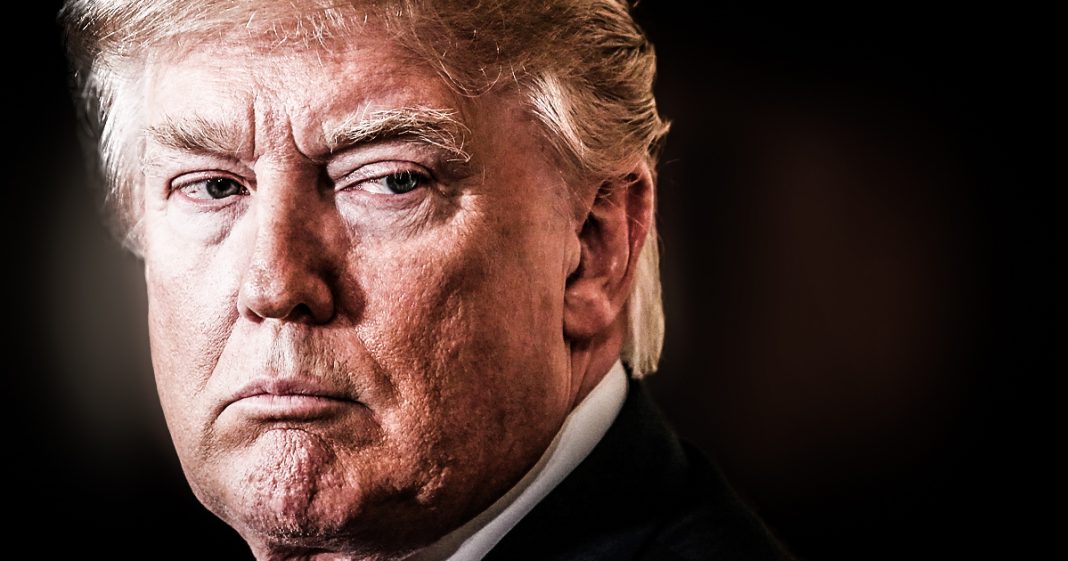 The Trump administration, and Republicans in Washington, D.C. in general, will stop at nothing to cut taxes for the top 1% of income earners, and they’ve resorted to some strange tactics in order to sell their tax reform package to the public. According to experts, the math that Trump and Republicans are using to justify their tax cuts is “absolutely crazy”, and Ring of Fire’s Farron Cousins explains how they came up with this “Crazy Math.”

Donald Trump and his Republican [brethren inaudible 00:00:02] in Washington D.C. are still trying to push this disastrous tax reform package onto the American public. And yesterday, Donald Trump came out and said, “Listen. My tax plan is going to result in an average savings for American citizens, American workers I should say, of almost 7,000 dollars.” He then backed that up with a report that came out of his counsel economic advisors. So, according to what we’ve seen from the report he released, he’s absolutely telling the truth about this. It’s going to save on average 7,000 dollars for American workers, and that’s great news. Or at least it would be if it was accurate. See, something people don’t understand, and this is what actual economists are trying to come out and say in light of this report, is that an average takes everybody’s tax cut into consideration. So when you have the wealthy CEOs of a corporation who are about to get a two or three million dollar a year tax break vs. their average employee who’s going to get a 20 to 30 dollar a year tax break, yeah, I can see how that average is out to four to seven thousand dollars, which is what the report says. 7,000’s the high end, but it’s the only number Trump wanted to throw out.

But it’s crazy math. And that’s not me saying that. That is what these economic experts have come out and said, the people of the center of tax policy, they’ve had to come out and say, they’re using absolutely crazy math in order to sell this tax cut to the American public. And here’s the thing. They don’t even have to sell it. They don’t have to come out and tell us these lies, they’re choosing to do that because that’s the kind of horrible pieces of crap that they are. They could just say, “Look. This is our tax plan. It’s what we’re going to do. I don’t care if you don’t like it. We’re already in power, we’re going to vote on it, and move on.” They’re trying to go ahead and squash the opposition to it so that it doesn’t become a campaign issue for them next year, which it almost certainly will.

The American public, I think, I hope, at large understands that cutting taxes on the wealthy does not do anything to boost economic development. It does not do anything to boost employment in the United States. All it does, it gives more money to the wealthy, and the rest of us don’t see any benefit one way or the other. We’re not taking home extra cash every paycheck. We’re not getting more money back at the end of every year when we file our taxes. And contrary to what Ted Cruz and Paul Ryan say, I’ve never heard a single human being in this country say that they want their taxes so simple that they can fill them out on a postcard. That’s one of their new talking points.

Yeah, we want your taxes so simple you can fill them out on a postcard. Well, guess what, nobody ever asked for that. All we want is a tax system that’s fair. And you know what’s fair? Having the wealthy and having corporations not just actually pay their taxes, but pay their fair share, and stop sticking the rest of us with the bill to have to build roads and bridges and pay for teachers and firemen and policemen and everything in this country that helps to keep us safe, and keeps our cars from falling into the water when we try to cross a bridge.

Right now, average Americans are the ones footing the bill for that. So it’s no wonder we’re not able to fix it. The wealthy are hiding their money overseas, and this tax plan is only going to give them further clearance to either completely hide it or bring it back, pay pennies on the dollar of what they actually owe for hiding it for decades, while the rest of us continue to get screwed.