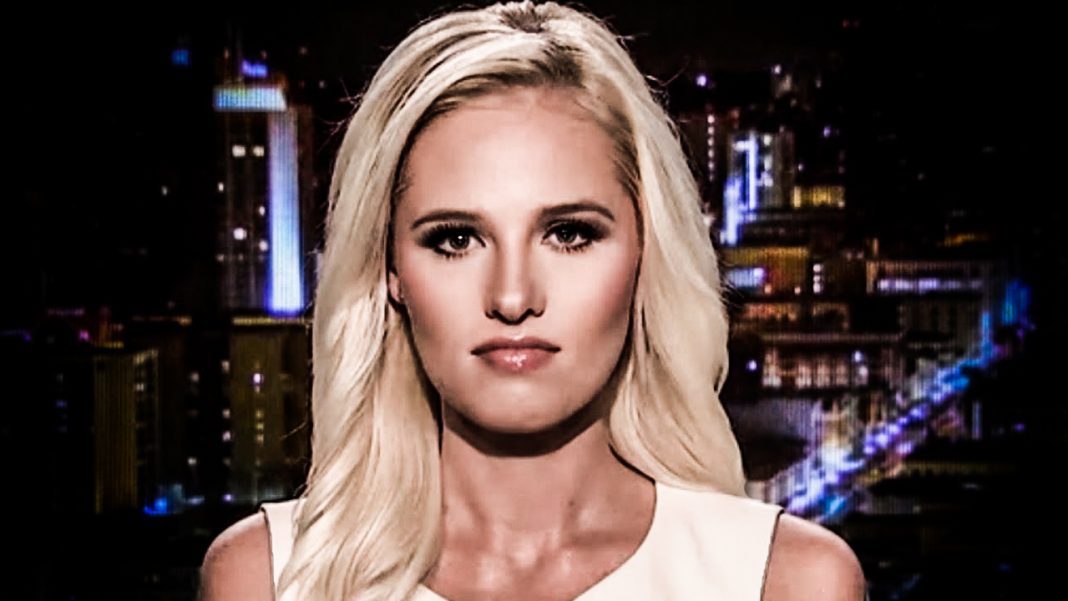 Fox News host Tomi Lahren has joined Donald Trump on his crusade to attack NFL players who protest during the National Anthem. But this week, Ms. Lahren admitted that she wasn’t quite sure why these players are kneeling, and that she bets they don’t know either. Ring of Fire’s Farron Cousins explains.

So, Tomi Lahren, Fox News’ new little hate peddler, decided this week to come out and talk about the NFL players who are still protesting during the National Anthem. And, Ms. Lahren decided to say, “Look, I don’t know why you’re protesting, and I guarantee you if we asked 100 of these players that are protesting why they’re taking a knee, you’d get 100 different answers.”

Well, here’s the thing, Ms. Lahren, there’s been no question about what they’re protesting. Let’s get that straight right off the bat. They’re protesting police brutality. They’re protesting the fact that you can be killed by a police officer for being black in this country and the police officer never faces, really, any kind of retribution from the justice system. Sometimes, they get fired, but they don’t go to jail. Sometimes they just get moved to another police department, in a different area, different state. Sometimes they get placed on administrative leave for a week or two. But, nobody ever faces any real consequence for murdering a black citizen, who did nothing more than be black in the United States and run into a racist cop. That’s what they’re protesting.

You’re not going to get 100 different answers. You might have 100 different people explaining it a different way, but to those of us who actually understand politics, and what’s happening in this country … Yeah, really not that hard to figure out. But I guess the bigger question here is that if you don’t understand an issue, as you admitted on your Fox show, why are you talking about it? Why don’t you bring on players from the NFL to give you an answer? Why don’t you actually talk to the people doing it? But, no, that would make too much sense for a moron like you. You would rather sit there from your little seat of power, far removed from any of the real issues in this country, and just issue your ignorant biased right wing racist opinion, because that’s what it is. Right, let’s not sugar coat this at all. That’s what this is. This is racism that’s been institutionalized at Fox News. And Fox News does this all too well.

They bring in people like Tomi Lahren, who do not know what they’re talking about, they do not understand the issues, they’re not intelligent people at all, they’re incredibly ignorant, and yet, they’re the ones who give the news. They give their opinions. That is insanity. Now I know, we can’t regulate the media, as far as determining what they’re allowed to say and what they’re not allowed to say. But, that’s where the viewers come in. You should, if you’re a Fox News viewer, demand a little bit more. Demand that the hosts on your network actually understand the issues before they start talking about them. Kind of how that should be, unless you want to get uniformed opinions for a moron, who doesn’t know what in the hell she is talking about, because that is exactly what you get anytime you listen, to really anything that Tomi Lahren has to say.