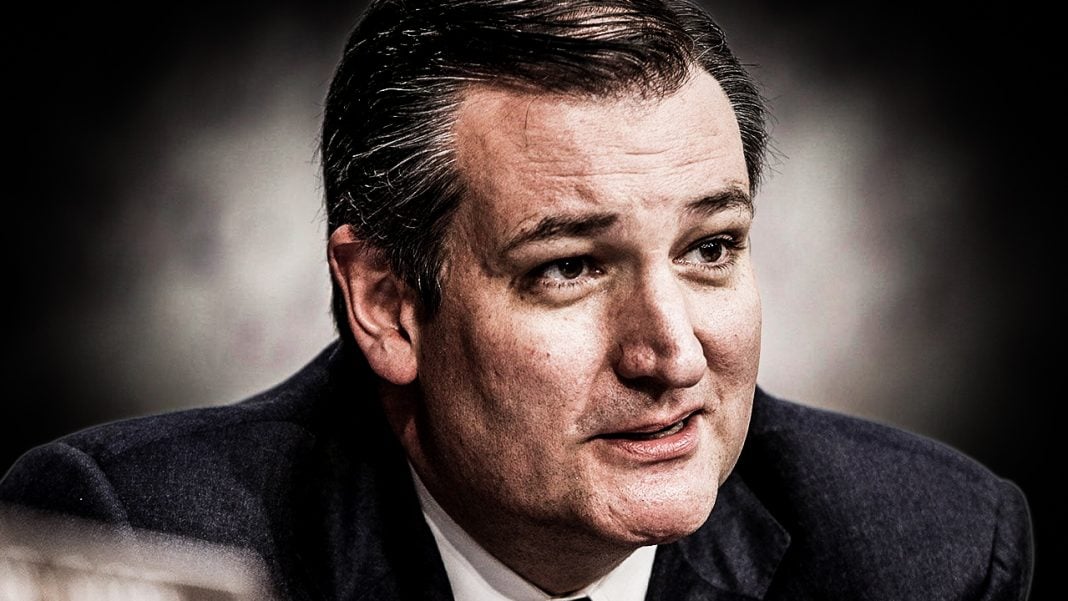 Republican Senator Ted Cruz believes that his Party’s constant legislative failures could easily lead to a “bloodbath” for the Republican Party in the 2018 midterm elections. Of course, if his Party was successful in pushing the policies they’ve championed, they would also likely be facing an end to their careers. Ring of Fire’s Farron Cousins explains how the Republicans backed themselves into a corner by proposing harmful policies that will never win.

Ted Cruz is not optimistic about about the Republican Party’s chances of winning re-election in the 2018 midterms and maintaining control of at least the House of Representatives. Senate seems to be pretty much within their control, so they’re not too worried about that. Ted Cruz this past weekend at a Koch brother retreat said that he is predicting a Republican bloodbath in the 2018 midterms elections if Republicans continue to fail to get their agenda passed. Here’s the thing. Ted Cruz, look, I don’t want your agenda to pass at all. I do not want your tax cuts for the wealthy and your tax increases on the bottom income earners. I do not want your horrible healthcare package that’s going to strip 32 million Americans of their healthcare insurance. I do not want your cuts to Medicaid and Medicare and Social Security that your party is pushing. Most Americans don’t want those things.

Yet, for some reason you’re pushing them because you think that if you don’t pass them, then the public’s going to hold you accountable and vote you all out of office. Now, I’m not exactly sure how that line of thinking works because my brain can’t wrap itself around that level of stupid. Ted Cruz clearly has no problem with it. Here’s the thing about the Republican Party today, and this is one thing that gives me hope for this country. Ted Crus is right. If they don’t pass their agenda, they’re going to get voted out of office, and here’s the better part. If they pass their agenda, they’re still going to get voted out of office because the Republican voters are the ones that are going to be screwed over more than any other group because of their own legislation.

There is nothing that Ted Cruz and the Republicans can do right now that’s going to prevent this so-called bloodbath from taking place in 2018. Their legislation is designed to enrich corporations at the expense of American citizens lives and well being. You can’t win on that platform. I know you’re trying to pander to the folks at that Koch retreat and get their campaign money, but at the end of the day, there are more not-millionaires and billionaires than there are millionaires and billionaires, and you don’t have enough in your little home state of Texas to keep your seat in the Senate safe. Same thing goes for most members of the House and Senate. In fact, same thing goes for every member of the House and Senate.

Let’s not forget ladies and gentlemen, it is the average American citizen, the non-millionaires and billionaires who hold all of the power in this country. Now, in the last few years, corporations have tried to convince that they hold all of that power because they have all the money to fund these campaigns. At the end of the day, that power still rests with us whether we realize it or not. We can stand up and we can tell the Republicans that we’re voting you out not because you didn’t pass your agenda, but because we got to see what was in your legislation. We got to see who benefits and who suffers, and we’re not going to tolerate that level of contempt for American citizens within our elected officials. That is the message that we can send in 2018.

You know what else we could send with that message? A clear rebuke of Donald Trump. We can put in enough Democrats in the House, maybe even in the Senate, to impeach him starting day one, but it’s up to the people. If you stay home, if you don’t vote, or if you cower and end up voting Republican anyway, then you’re showing that, yeah, the corporations have all of the power and you don’t even want it. If you have the guts, the courage to stand up and say that we’re not going to tolerate these policies from any party that attempt to screw us over to give corporations a few extra dollars, then you’re exercising the very power that the founding fathers wanted every United States citizen to have. We can stand up as one and change things, but we have to stand up in order to do it. 2018 is going to be a great test to see whether or not the American public understands just how powerful they really are.