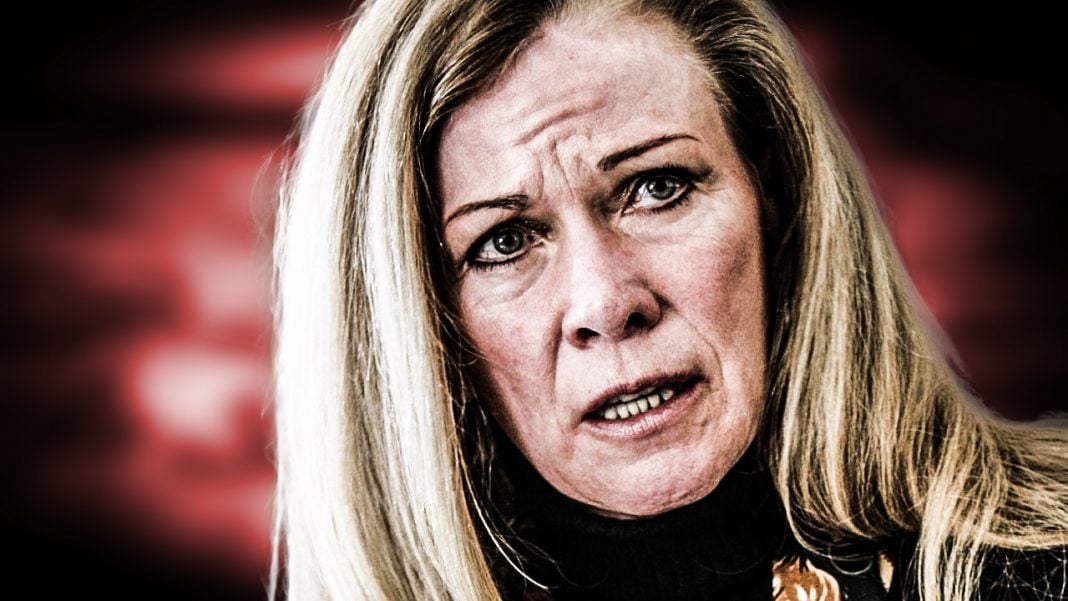 11-year-old Ames Mayfield was kicked out of a Colorado Cub Scout chapter recently for having the audacity to ask a sitting Colorado State Senator (Republican Vicki Marble) about a racist statement that she had made in 2013. The Senator lashed out angrily at the boy following his question, and the chapter then removed him from the den. Ring of Fire’s Farron Cousins explains why children like Ames should be given the highest praise possible for using critical thinking and basic human decency to challenge the racist beliefs of politicians.

An 11 year old boy named Amos Mayfield was a Cub Scout at a chapter in the state of Colorado. Recently at one of their den meetings, they decided to bring in Republican State Senator Vicki Marble. They wanted her to come in and talk about being an elected official, the responsibility, all the kinds of things that you would expect from a Cub Scout meeting. She took some questions from the kids, and so 11 year old Amos Mayfield stands up and says this. He says, “I was astonished that you blamed black people for poor health and poverty because of all the chicken and barbecue they eat.” That’s related to a statement that Vicki Marble made back in 2013.

Here was Marble’s response to this, “I didn’t. That was made up by the media. So you want to believe it, you believe it, but that’s not how it went down. I didn’t do that. That was false. Get both sides of the story.” Now keep in mind before I continue on here, that was her response to an 11 year old Cub Scout who was trying to find out why a sitting state senator would say such horribly racist things. The kid was using his critical thinking skills, thinking back to something that happened when he was seven years old, and wondering how in the world somebody could be that heartless as to blame an entire population for their health problems based on the fact that they eat chicken and barbecue.

Here is the original statement that Marble made back in 2013, “When you look at life expectancy, there are problems in the black race. Sickle cell anemia is something that comes up. Diabetes is something that’s prevalent in the genetic makeup, and you just can’t help it.” But then she added, “I got to say, I’ve never had better barbecue and better chicken and ate better in my life than when you go down south, and you, I mean I, love it.”

She caught herself realizing she was saying something incredibly horribly racist, and then said, “You, I mean I love it.” So, she did tie their diets and behaviors into things like sickle cell anemia and diabetes, but she also in doing that, made one of the most racist stereotypes that there is. I’m surprised she didn’t throw in the word watermelon somewhere in there, because that’s right along the path that she was headed with that, and it’s absolutely disgusting.

So, 11 year old Amos Mayfield gets kicked out of the meeting. They kicked him out of the Cub Scouts, because he asked that Republican a tough question. She came back like she was responding to a political rival during a debate, and gets the kid kicked out. Now his family has appealed the decision. It’s very likely they’re going to reinstate him, but for the love of God, this kid was punished for showing compassion for fellow American citizens, fellow human beings more importantly, and showing some critical thinking abilities, wanting to know an answer.

This kid should have been given an award. He should have been gotten more medals from this. You don’t punish somebody for calling out the racism of a sitting politician, or for calling out the racism of anybody, for that matter. So, I hope not only that this kid gets reinstated to the Cub Scouts because he exemplifies everything that organization claims to exemplify, but I hope, and kid, if you ever run for office, I will do whatever it takes to help you get elected. But I hope he has a career in politics, because I will be right there with cash ready to donate, and my time and whatever, because that kid, 11 year old Amos Mayfield, is the kind of kids we should all be raising in this country, and those are the kinds of people that we should be encouraging.

This story, it’s sad that the kid got kicked out of Cub Scouts. I’m sure they’re going to let him back in hopefully, but one way or another, seeing this kid say that. Having the courage to stand up to a sitting state senator and ask her why she’s so damn racist, that gives me hope for the future.