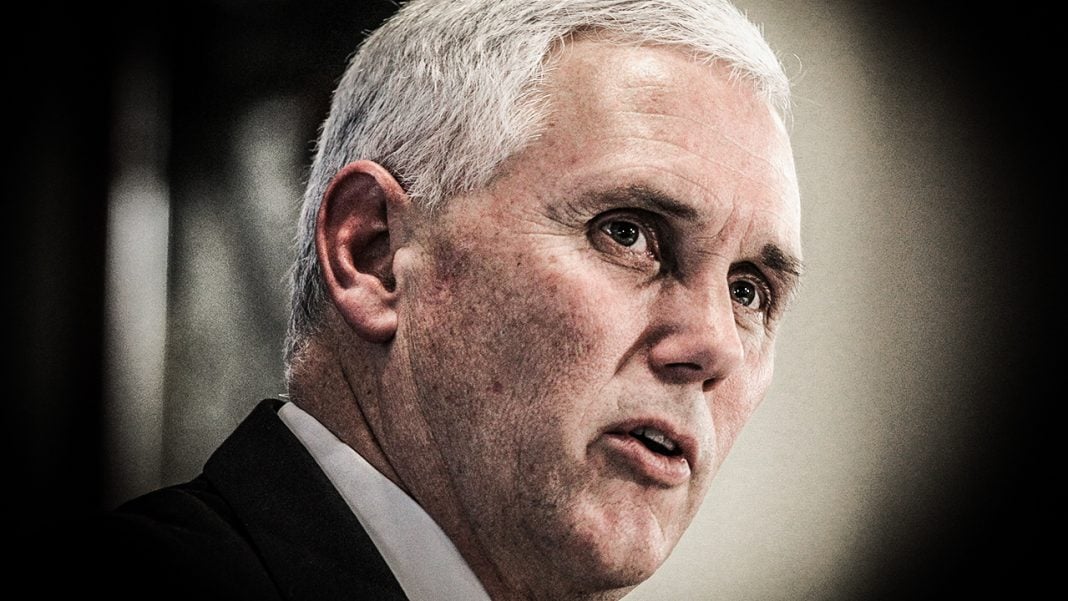 At a recent Koch Brother sponsored event, Vice President Mike Pence urged billionaires in the United States to use their “stature” to force their employees and other Americans to get behind the Republican Party’s tax reform package. The plan would be a huge giveaway to millionaires and billionaires, while raising taxes on bottom income earners, and Pence wants billionaires to bully low-income Americans in order to get his way. Ring of Fire’s Farron Cousins discusses this.

Vice-President Mike Pence has come up with a brilliant plan to help sell the Republican tax plan, which, as we all know, is a massive giveaway to the top one percent. Speaking recently at a Koch brothers-sponsored event, Vice-President Mike Pence told a room full of billionaires and millionaires how we’re going to sell the American public on a tax cut package that actually raises taxes on bottom-income earners here in the United States while cutting taxes for the top one percent.

His idea is to have these millionaires and billionaires essentially come out and bully their employees, bully fellow Americans. “Use your stature,” Mike Pence says, “to convince Americans that we need to give the wealthiest in this country another tax break.” Now, that was how Pence began talking about this tax reform package that Republicans have put together. Towards the end, it started to take on a bit more of a desperate tone. Here’s what Pence said towards the end here, “We need you to reach out, use your voice, use the stature that you enjoy in your communities and your state and all across this country to share the opportunity that we have with this tax relief legislation. Tell everyone you can that America needs this tax cut and America needs it now.”

See, when Mike Pence and all of these other horrible Republican politicians tell us that America needs this tax cut, what they’re saying is that millionaires and billionaires who funded our campaigns want their money back, so we have to go cut their taxes so that they’re gonna keep funding our campaigns. Not gonna work at this point. There’s nobody in this country, or, I take that back, there shouldn’t be anyone in this country that actually thinks that cutting taxes for the wealthy is somehow going to grow the economy.

Why? Because we’ve tried it several times. Every single time, it has led to a recession. We have gotten lower wages, more Wall Street corruption, bigger recessions, less spending power, less buying power, inflation outpacing real income raises for American workers. The list goes on and on. It simply doesn’t work. Anyone out there who tells you that it does is an absolute moron, much like Mike Pence.

Now I can’t say for certain if Mike Pence actually believes the talking points that he’s spitting out, but we do know that the Koch brothers who sponsored this event where he just spoke absolutely understand what this tax cut package is all about. It’s about giving the people who do not need any more money, more money, and the people who desperately need a helping hand taking more money away from them so that we can give it to people like the Koch brothers or Sheldon Adelson or Donald Trump. That is all this tax reform package does. It’s trickle-down economics wrapped in a new package with the same bullshit policies that have tanked our economy every single time they have been attempted.

At this point, I don’t think the Republicans are going to have as easy of a time selling it to the American public, because we’ve seen what happens time and time again. It would take a real grade-A quality of stupid to think that this time would be any different.